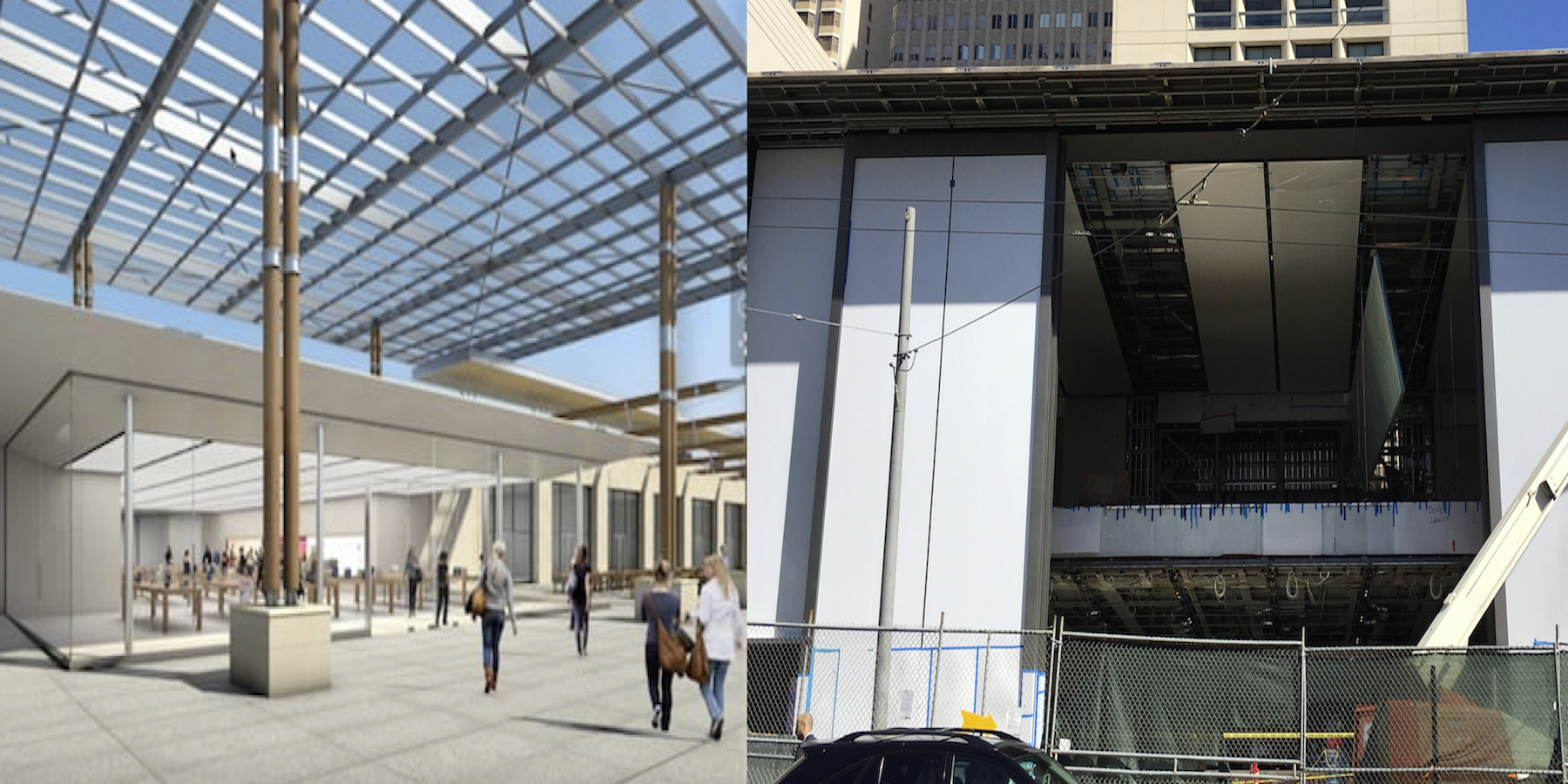 And today we also get a look at how work on Apple’s new flagship San Francisco location is progressing with the shot below sent in by a reader (Thanks David O.): 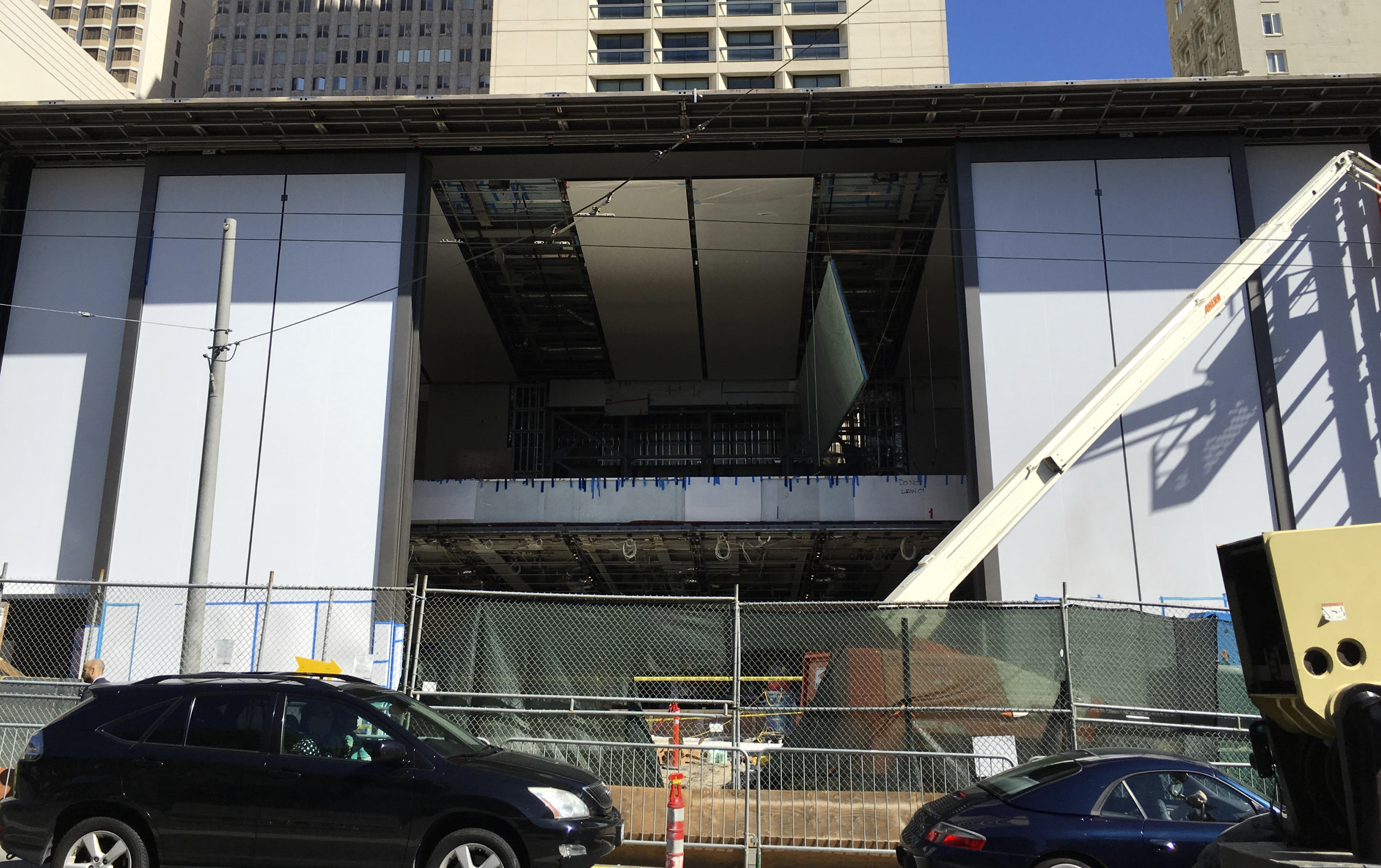 Apple first received approval for the new two-story Union Square retail store a couple of years back. It plans to replace its current Stockton Street location with the new flagship store when construction wraps up. You can see what the store will look like once complete in these renders.

The new Marseille, France store will open 10am local time on May 14 at the Les Terrasses du Port shopping mall.