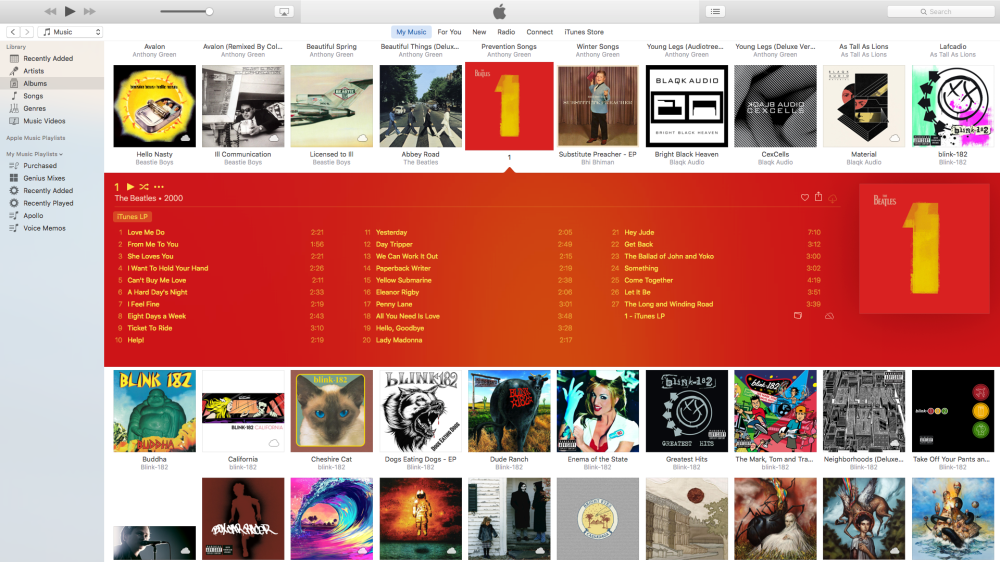 In addition to releasing software updates across iOS, Mac, and watchOS, Apple today has released an update to iTunes. The update brings iTunes to version 12.4 and includes the design tweaks that were initially rumored earlier this month.

iTunes 12.4 introduces a variety of interface tweaks that Apple says make it easier to navigate the app and switch between different kinds of content. First off, there’s a new media picker that allows users to quickly switch between Music, Movies, TV shows, and more.

Perhaps most notably, there’s a persistent sidebar reminiscent of the old days of iTunes. This interface tweak makes it easier to switch between different categories of content, such as recently added, artists, albums, songs, and genres, Apple says.

The new sidebar also makes it easier to build and adjust Playlists, allowing you to easily drag and drop songs into Playlists. You can also edit the sidebar to show only your preferred views.

As expected, the Menus interface has also been simplified. You can use the View menu to customize your Library or to act on specific items now.

A refreshed version of iTunes has been in the pipeline since Eddy Cue teased it in February of this year, and while this isn’t the major overhaul many people have been hoping for, it’s better than nothing.

You can update to the latest version of iTunes by selecting the “Check for updates” option in the Menu bar. At this point it’s unclear if the update fixes the bug that was causing personal music files to be deleted.

Now enjoy all of your music, movies, TV shows, podcasts, and more in a simpler design.

Navigation. Now you can use Back and Forward buttons as you navigate between your Library, Apple Music, iTunes Store, and more.

Library and Playlists. Use Sidebar to view your Library in new ways. Drag and drop songs to easily add them to Playlists. And Edit Sidebar to show only your favorite views.

Menus. Menus in iTunes are now simpler and easier to use. Use the View menu to customize your Library or try context menus to act on specific items.