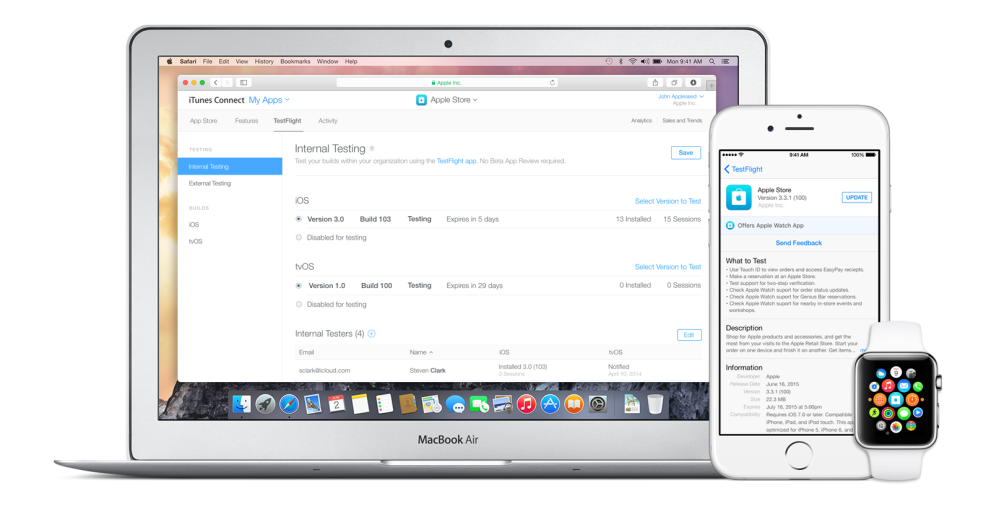 Apple has released a minor update to its TestFlight beta distribution app for iOS. Version 1.4.0 hit the App Store today and includes what Apple describes as ‘more robust support’ for watchOS beta apps for testing on Apple Watch. There’s also a bug fix and general improvements:

What’s New in Version 1.4.0 Includes more robust support for installing watchOS beta apps and a fix for when copies of the same devices are being displayed on the settings screen.

The update follows other software releases this week including Apple’s recently launched Classroom app for educators using iPads, which was bumped up to version 1.1 yesterday with these changes: