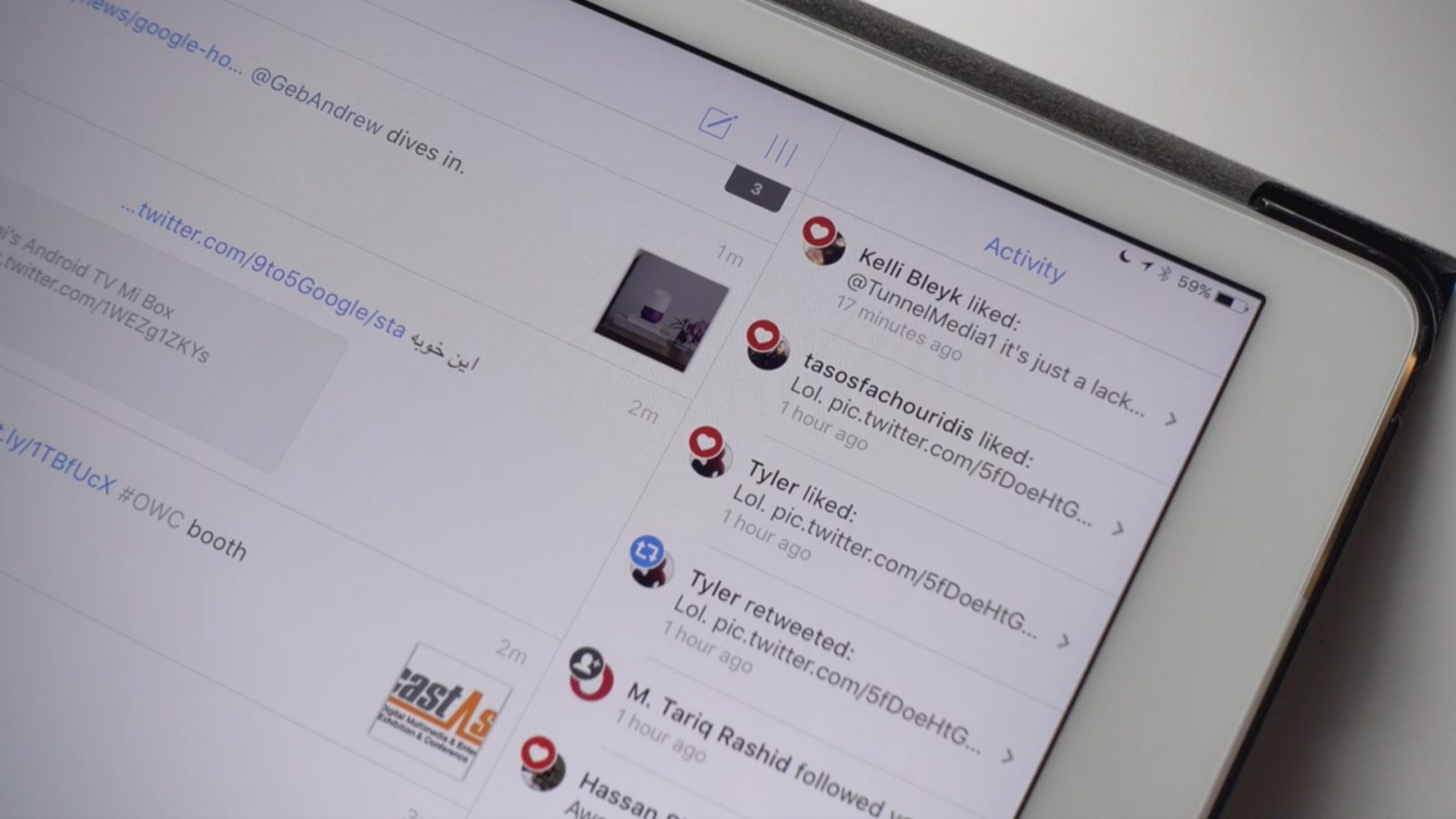 Two weeks ago, Tweetbot for iOS received an update introducing Topics to the Twitter client. Topics allows users to link tweets together, with an optional hashtag, making following a tweet conversation or tweet storm significantly easier. Today, Tweetbot for Mac receives its 2.4 update bringing Topics to the desktop, alongside a multitude of bug fixes.

Users of Tweetbot for iOS that may have already started any Topics on their mobile devices will be happy to see that their Topics have been synced to Tweetbot for Mac using iCloud. Creating or continuing a Topic on the Mac is not too dissimilar from the iOS experience.

When creating a new tweet, select the gear icon at the bottom right, and then select ‘Topics…’ to have that tweet follow the previous ones. During yesterday’s Google I/O keynote, I had used Tweetbot on iOS to create a specific topic and tag every tweet with #GoogleIO2016. Launching Tweetbot on the Mac today I was happy to see the Topic was available where I could easily continue the previous conversation. 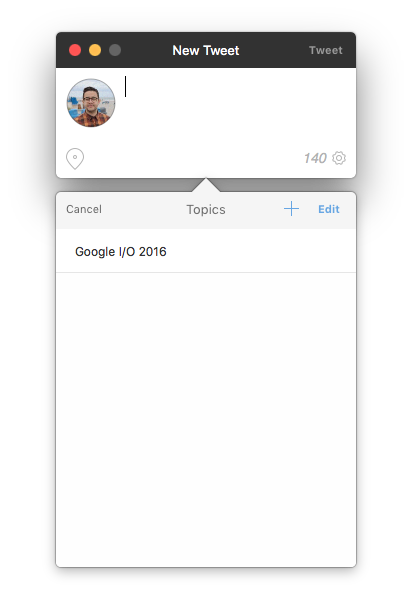 For more information on Tweetbot for iOS and Topics, be sure to check our previous article. For an example of what a selection of tweets created using Topics looks like on the official Twitter site, check out these tweets from yesterday.

Tweetbot for Mac’s 2.4 full release notes are available below.

This release introduces Topics. A Topic is a way to let you quickly Tweet a group of related Tweets without having to manually reply to yourself and/or manually add the same hashtags over and over again. They are really great for rapid fire live Tweeting events.

You can access Topics by tapping the gear menu in the New Tweet screen. They are also stored in and require iCloud, so you can start a topic on your iPhone and easily continue it on your iPad and Mac.