Apple not unveiling new or updated external display at WWDC, announcements will focus on software 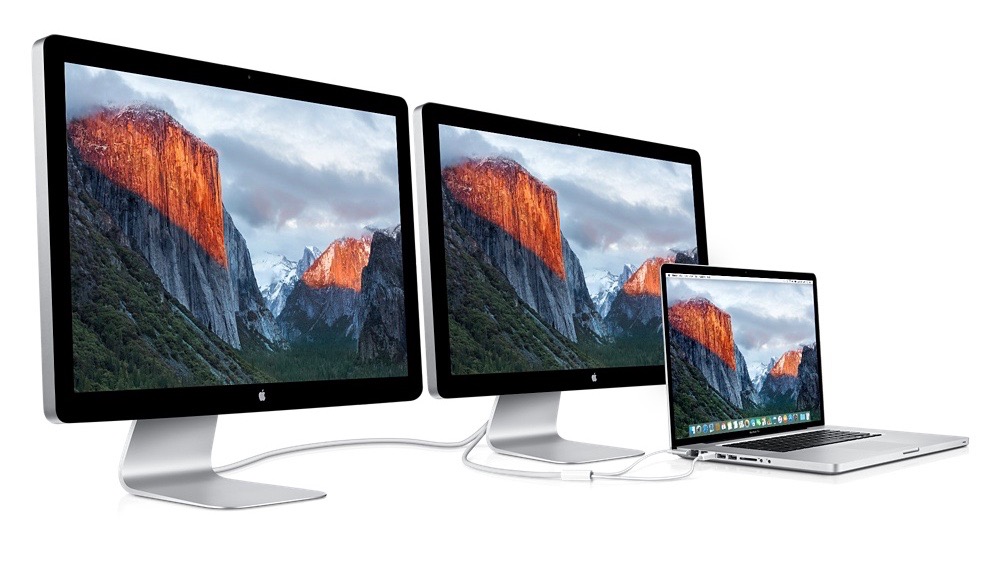 Apple won’t have a new external display to show off at its WWDC 2016 event later this month despite limited inventory as the company plans an event that will mostly focus on new software, according to sources.

Yesterday we reported Apple is developing a new standalone desktop display that may feature an integrated GPU. While naturally there was some speculation that WWDC might be a likely venue for an unveiling, we’ve now confirmed that no new desktop display, integrated GPU or not, is planned for the event.

In addition to the lack of a new desktop display to replace its aging Thunderbolt Display, sources say that WWDC this year will be a “software year”, indicating the show will be light on new hardware announcements in general.

In our report yesterday, we described the technology Apple is working on for its in-development external display:

Apple has settled on a solution: to include a powerful GPU inside the display itself, rather than relying solely on the graphics power of the connected Mac.

Technology within updates to OS X (MacOS 10.12?) software will enable the process to happen seamlessly and automatically. Upon connection to the new Apple Display, the Mac will intelligently decide whether to use its own internal graphics power or rely on the external GPU included with the Thunderbolt display; the more powerful GPU will be used while the less powerful GPU will be inactive. From what we understand, the GPU will not be able to work in concert with the internal GPU at all — it’s one or the other.

While we won’t get our first look at a new Apple display at WWDC, it’s possible we could get some more hints at the technology being used for the display with the unveiling of OS X 10.12.

New releases for Apple’s iOS, OS X, tvOS, and watchOS operating systems will be highlights of this year’s keynote address at WWDC. We reported earlier this year that Apple is planning to bring Siri to Mac for the first time as a flagship feature for the release of OS X 10.12.