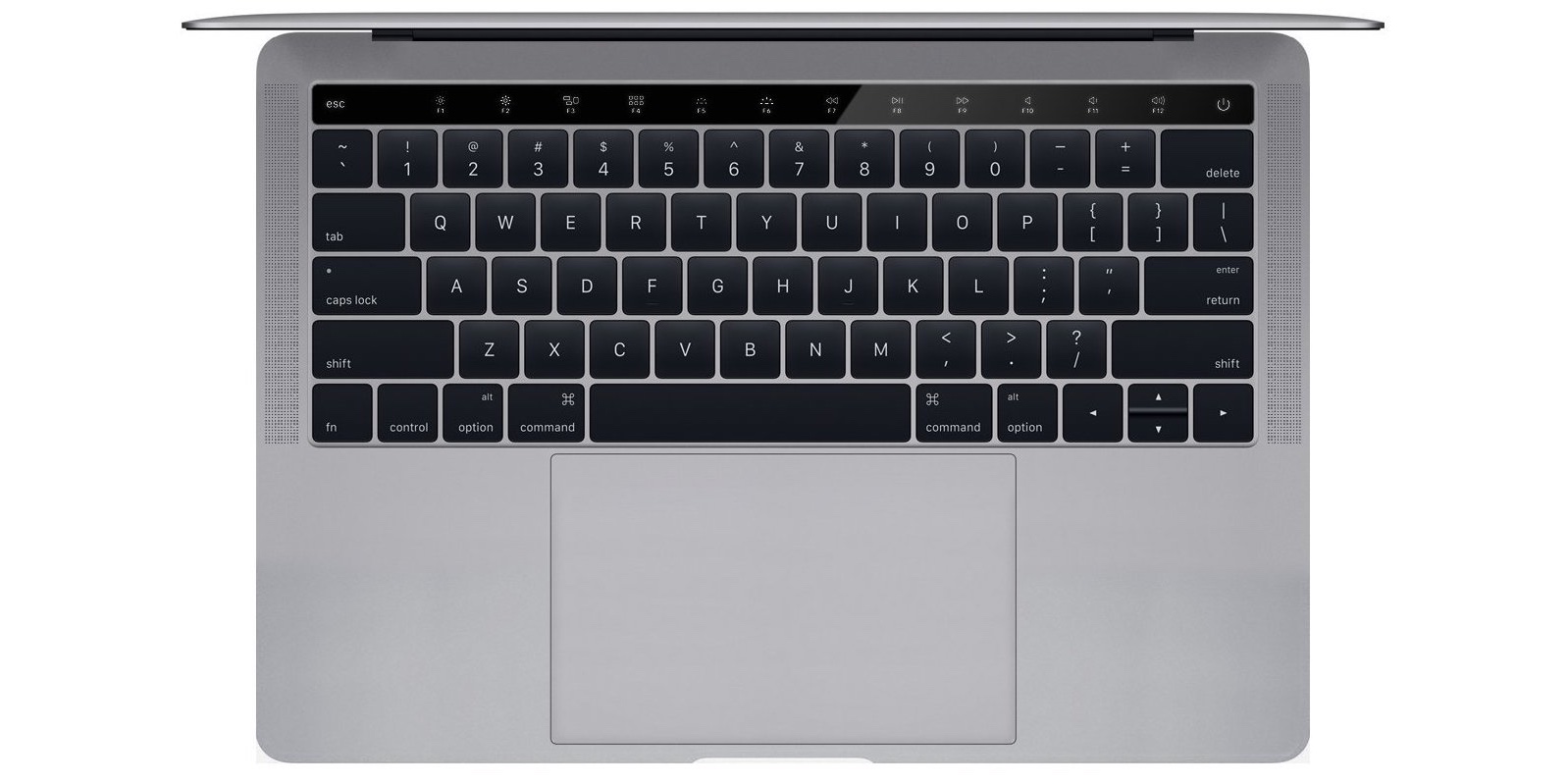 Needless to say, the feature would bring the most significant change to Apple’s laptop line that we’ve seen in quite some time. One of our readers, Cameron, has created a concept that looks like a 12″ MacBook merged with a 15″ MacBook Pro. The concept image features an OLED touch panel that replaces the fn-keys, redesigned hinge, and larger keys with butterfly switches and changes to the arrow key layout.

As you can see, the area where the fn-keys normally reside have been outright replaced by an OLED touch panel. The touch panel displays an esc button, f1-f12 buttons with alternate controls, and a power button.

The capacitive touch panel’s buttons will change contextually based on the current app or scenario. That means that, for example, you could run an app like Final Cut Pro X, with the OLED touch panel displaying commonly-used shortcuts related to video editing.

Such a change harkens back to Steve Jobs’ monologue just prior to unveiling the iPhone for the first time. His beef with smartphones up until that point was that they all featured keyboards that couldn’t change based on context. “They all have these keyboards that are there whether you need them or not,” he stated. Jobs noted that such an issue had already been solved before with the Mac’s GUI and mouse.

According to sources, and the recent part leak, it’s safe to assume that a pretty big change is due to hit the MacBook Pro once it launches. What do you think about the concept, and what are your overall thoughts about the potential of an OLED touch panel? Would you welcome such a change?