Parallels celebrates its 10 years of innovation with its virtualization software 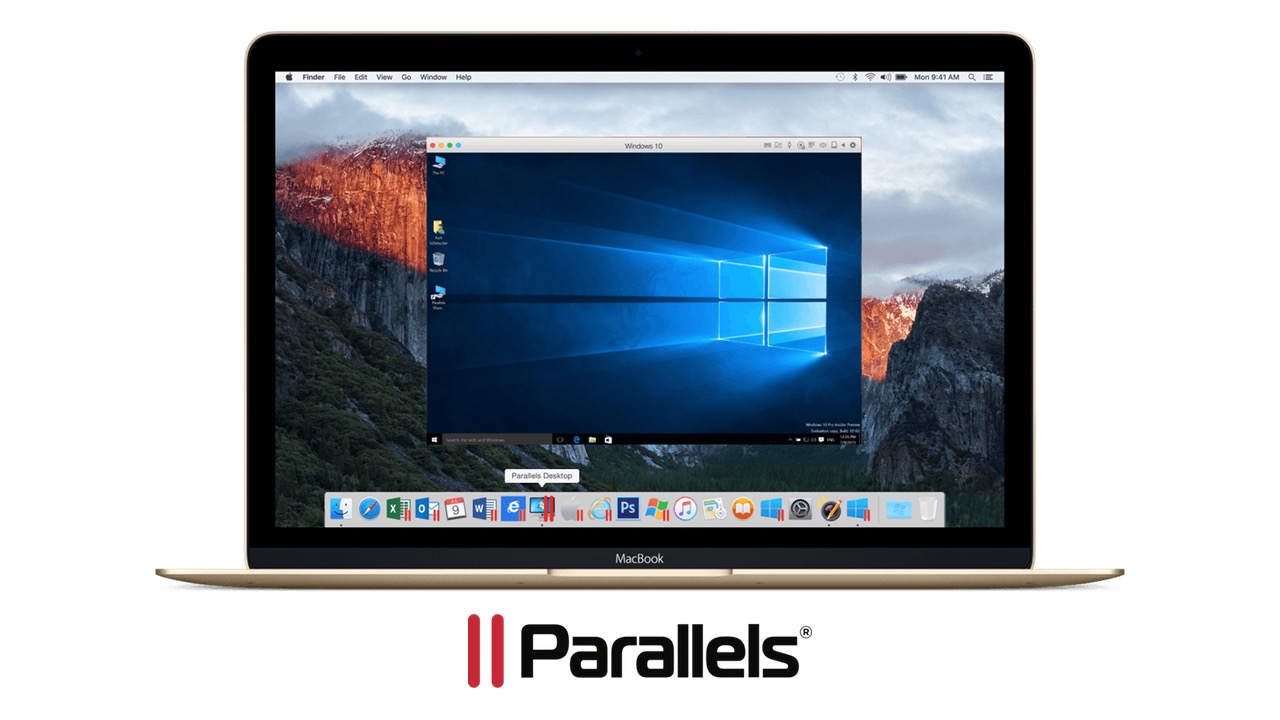 Parallels, the virtualization software famous for being able to run Windows on the Mac, is celebrating its 10 years of innovation this week. Parallels has seen a cornucopia of changes since its initial launch in 2006 and it shows no signs of slowing down. Today marks the 10th anniversary since Parallels’ launch and they’ve decided to spend the next week highlighting the decade of features that made its way onto the Mac. To infamfurther show their appreciation towards previous, current, and future customers, Parallels is offering 25% off Parallels Desktop software. This includes Parallels Desktop 11 for Mac, Parallels Desktop for Mac Pro Edition, and Parallels Desktop Business Edition. We’ve decided to take a deep dive with the Parallels team into showcasing their trajectory from where they came, and where they might go in the years to come.

Parallels may be simply known to many as virtualization software for the Mac, and that’s how I often treated it whenever someone asked me what it did. When I worked at an Apple retail store, I frequently showcased it to customers looking to make the move from Windows to Mac. Many of these customers had one or two apps that required a Windows system (proprietary or enterprise software), and I knew Parallels would be a solid fit for them.

Personally, I have been using Parallels ever since I worked at Apple Retail. While taking my Computer Science courses in college, I used it so that I could run code in Visual Basic alongside Xcode to see memory differences in the way each OS handled itself. At one of my previous jobs I used Parallels to run proprietary software alongside my Mac dev environment. I found it easier to use the two with Parallels’ Coherence Mode instead of having to learn and recreate my workflow within Windows.

Parallels history is a long and interesting read, especially when you realize they launched their initial version a year before Apple launched the original iPhone. The company has moved insanely fast in software releases (already onto its 11th version!) and has shown a dedication to improving the products.

Let’s take a quick look at some of Parallel’s history before diving into what this signifies for the future.

June 15th, 2006: Parallels Desktop launches and becomes the first software to mainstream virtualization software on the Mac. Customers are now able to run Windows and OS X simultaneously on a Mac without having to reboot into Bootcamp.

February 27th, 2007: Parallels Desktop sees its 2.5 release, introducing its Coherence Mode to the world. The new functionality allows a user to run Windows applications seamlessly alongside Mac applications, and then utilizing gestures from the Mac within both.

June 2011: Parallels Desktop for Mac Enterprise Edition (now renamed to Business Edition) is launched with features that unify volume license keys and introduces a license portal for IT administrators.

November 6th, 2011: NASA is spotted with Parallels Desktop installed on their MacBook Pros that were used to successfully land the Curiosity Rover on Mars.

September 4th, 2012: Parallels Desktop 8 for Mac is launched with full support for DirectX 10. Mountain Lion’s dictation with text-based Windows apps is now functional, and shared Bluetooth is now a feature.

August 28th, 2013: Parallels Access mobile app is launched. Customers can now use iPads and iPhones with native touch gestures to access and run applications on their Mac and Windows remotely at anytime.

August 19th, 2015: Parallels Desktop 11 for Mac and Pro Edition is launched with OS X El Capitan and Windows 10 support. Windows 10’s Cortana assistant is brought to the Mac, even before Apple’s own Siri has arrived. Cortana is able to be used with Mac applications, and Parallels introduces its new power-saving Travel Mode.

All of the discussions of Parallels’ past got me thinking what this meant for the company’s future. I already ran Windows alongside my Mac and the two felt like magic when working in conjunction with one another. There is a certain point where the experience just felt like a single unified one. Parallels felt less like virtualization software and more like another tool to help run the software that I know and love.

I spent some time with Nikolay Dobrovolskiy, VP of Desktop Virtualization at Parallels, to discuss where he felt Parallels would be going in the years to come. I mentioned to him how when running Parallels there was a certain point where Windows and Mac blended together (of course UI differences aside…), especially in Coherence Mode. He stated this is generally the goal that Parallels is focusing on.

He explained to me that Parallels as a company looks to put its focus on three key areas: virtualization with its Parallels Desktop software, remote access with Parallels Access, and business environment solutions with its Parallels Remote Application Server and Parallels Mac Management software.

Dobrovolskiy frequently returned back to talk about a 2026 vision he had for software as a whole. He believes in a future where software will move more towards a unified workspace; a collection of applications used, with music, videos, and notes stored across all devices. These would be available everywhere at any time, no matter what OS as user was on. An end user wouldn’t even have to think about where these apps were or where the files were stored, because for them it truly didn’t matter.

He mentioned how 25 years ago technology was at a point where there was, for all intents and purposes, a “computer guy”. This person would have enough of a general knowledge on computer technology that they could quickly debug various issues across multiple different paradigms. The issue with this computer guy mentality today is that the complexity of technology as a whole has outpaced the learning technical knowledge of any one person. The very connections that aren’t necessarily important for an end user to see, now become a confusing mess to a computer guy looking to solve and maintain various systems.

From the discussion I had with Dobrovolskiy, it sounded to me as if he believed Parallels could become that software that would integrate various other pieces of software together in seamless ways. I gleaned that this could mean that instead of a computer guy needing to understand all the connections across various systems, he could debug issues by returning to its intial “connector”. Parallels software, could be the connector here that brings everything together.

In my eyes, Parallels has long passed the notion of “virtualization software”. It’s transcended into something akin to a software/environment unifier. Parallels Desktop on the Mac is simply the foot in the door, whereas Parallels Access brings a whole new paradigm to touch interfaces where they didn’t previously exist. The conversations I had with Dobrovolskiy made me excited to see where the company would continue to go next, and what it would mean for all its customers.

If you have any questions for me about my journey and experience with Parallels, please leave them in the comments below and I’ll get back to them!

Boot Camp is a technology included with macOS that allows users to run Windows on Mac hardware.