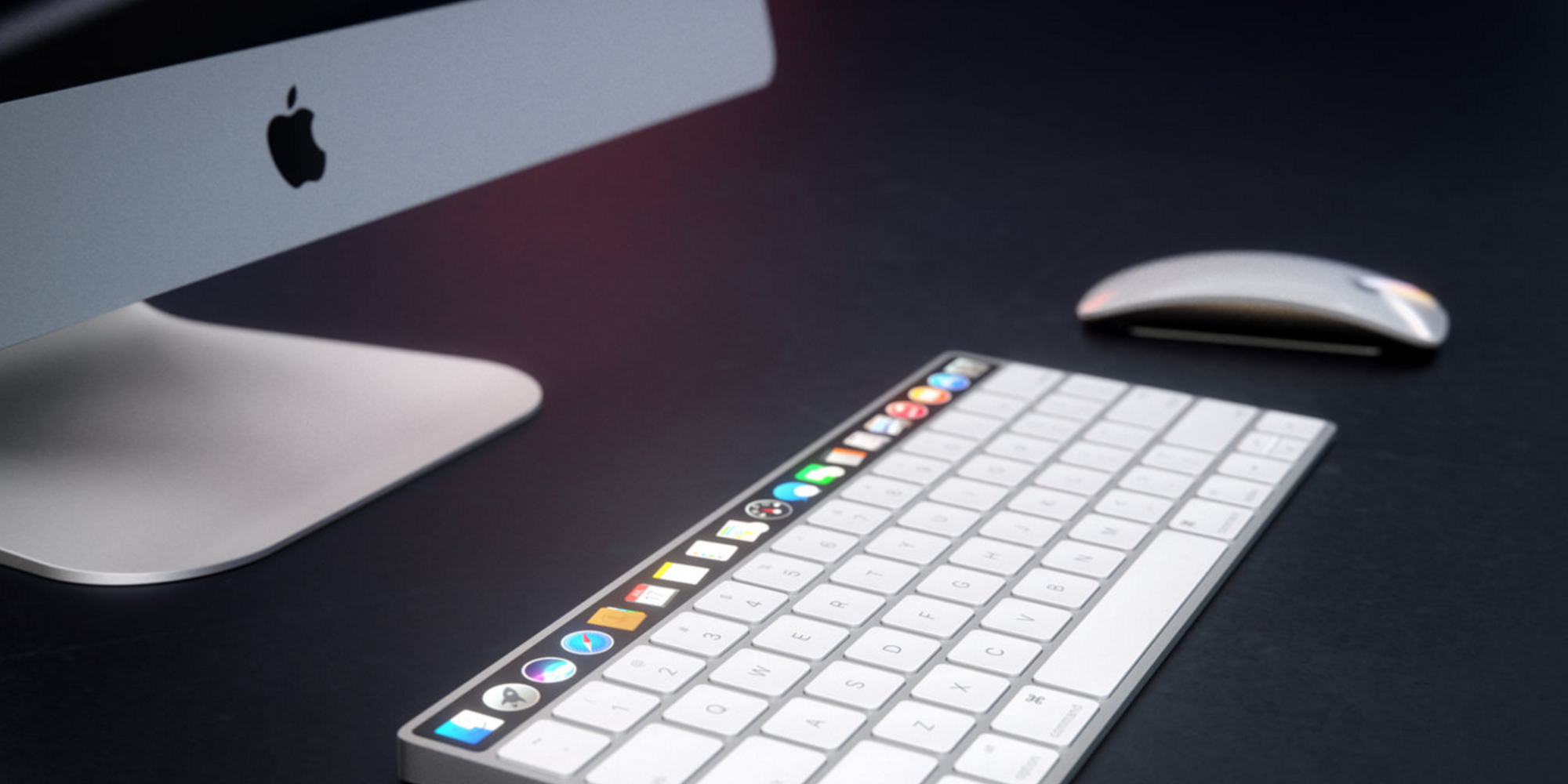 What if Apple brought the OLED display function key row that is rumored for upcoming MacBooks to its Apple keyboard too? Completely disregarding what it might require technically to integrate and drive such a display in the keyboard, this concept from Curved imagines bringing that feature to iMac, Mac Pro, Mac mini and other Mac users via a new version of Apple’s wireless keyboard.

Several recent reports indicated Apple is working on new MacBook hardware that integrates an OLED touch screen into the keyboard in place of the usual function key row. Apple is rumored to be including the feature in updated MacBook Pro models arriving by year’s end, and it’s thought that the display could allow for touchscreen like gestures and contextual buttons and shortcuts in addition to doubling as the usual function key row.

While there has been a lot of guesswork about how exactly Apple will implement the new hardware since the reports first broke, last week we showed one of the most impressive concepts yet. That was following leaked images that allegedly showed a MacBook Pro unibody with a cutout for the OLED touch bar.

As is rumored for the upcoming MacBooks, the concept above and below from Curved shows a thin display that replaces the function key row with a touch-enabled OLED. But in addition to just the function keys for things like brightness, media transport controls, etc, the concept makes the macOS dock icons available on the display too.

It also considers what third-party app integration might look like with transport controls for Netflix and YouTube. And it took the opportunity to give the keyboard some new color options in the process, including a deep blue color like rumored recently for the upcoming iPhone 7. Click below for more: