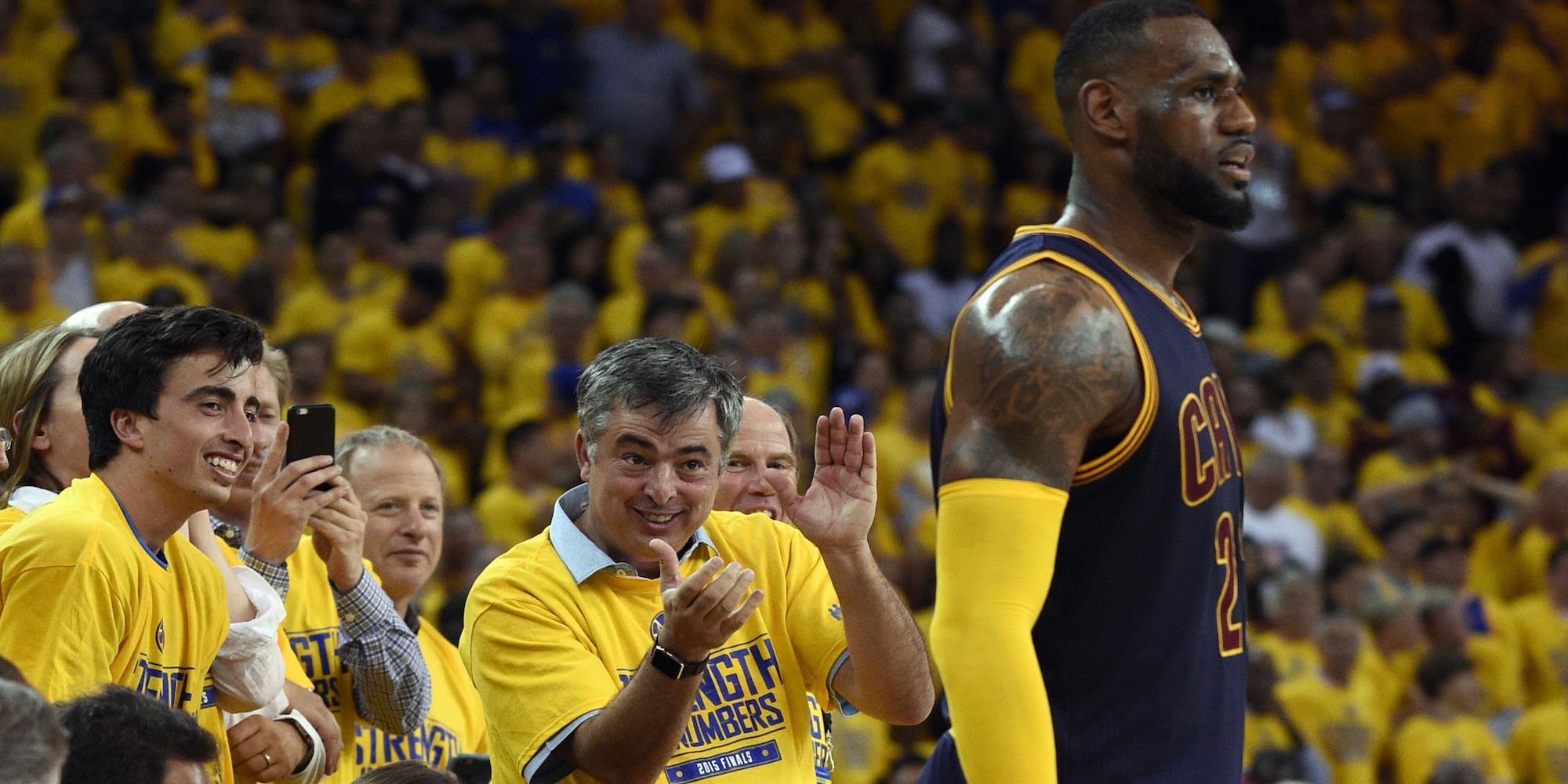 Here’s an interesting excerpt from an ESPN article on how LeBron James inspired his hometown Cleveland Cavaliers to a comeback upset over [Eddy Cue’s] Golden State Warriors in the 2016 NBA Championship. As a native of Cleveland, this is particularly interesting to me:

His teammates needed something else, though. Something they could connect to that would make them believe this series was not over. And so LeBron gathered everyone in the Cavaliers locker room before Game 3 and played a portion of Steve Jobs’ commencement address to Stanford University in 2005.

As he listened to Jobs’ speech, 15-year veteran Richard Jefferson was struck by the events that had transpired to place him in these NBA Finals. The only reason he was in this locker room was because DeAndre Jordan had changed his mind about signing with the Dallas Mavericks over the summer. Jefferson had committed to the Mavs, thinking he’d be teaming up with Jordan, Dirk Nowitzki, Chandler Parsons and Wesley Matthews. He was undergoing a physical in Dallas when he started getting wind that Jordan was having second thoughts.

“When it went sour, I called my agent and was like, ‘I can’t go there,'” Jefferson said. “And he was like, ‘Richard, now is not the time to tell them that you can’t go there either.’ So we let it wait a couple weeks. There was a conversation about maybe offering me some more money. I was like, ‘Look, if Cleveland goes to the Finals and I stay in Dallas for a little more money, I’ll kill myself.'”

As it turned out, Jefferson wasn’t just along for the ride in these Finals. He played a key role, as the Cavs adjusted to the Warriors’ smaller lineups. Afterward, he said he planned to retire. No better way to end his career than on top. The guy Jefferson was taking minutes from, Kevin Love, had been ruled out for Game 3 with a concussion. Love had started reading about Jobs on his own a few weeks earlier. One phrase stuck with him: “Stay hungry, stay foolish.” Love started writing it on his shoes as a way to remind himself to loosen up — to not judge his performances on the statistics he was recording (which weren’t even close to his career numbers), but rather by the effort and energy he gave for tasks like rebounding and defense.

“I had just ordered a shirt from a company in Akron with that Jobs quote,” Love said. “And then [LeBron] played that [speech] like two days later. I came up to him and was like, ‘It’s so crazy you played that with all the chaos that was going on with our team, being hungry, but being down in the series.”

The whole speech, which is a good motivator at any time below: