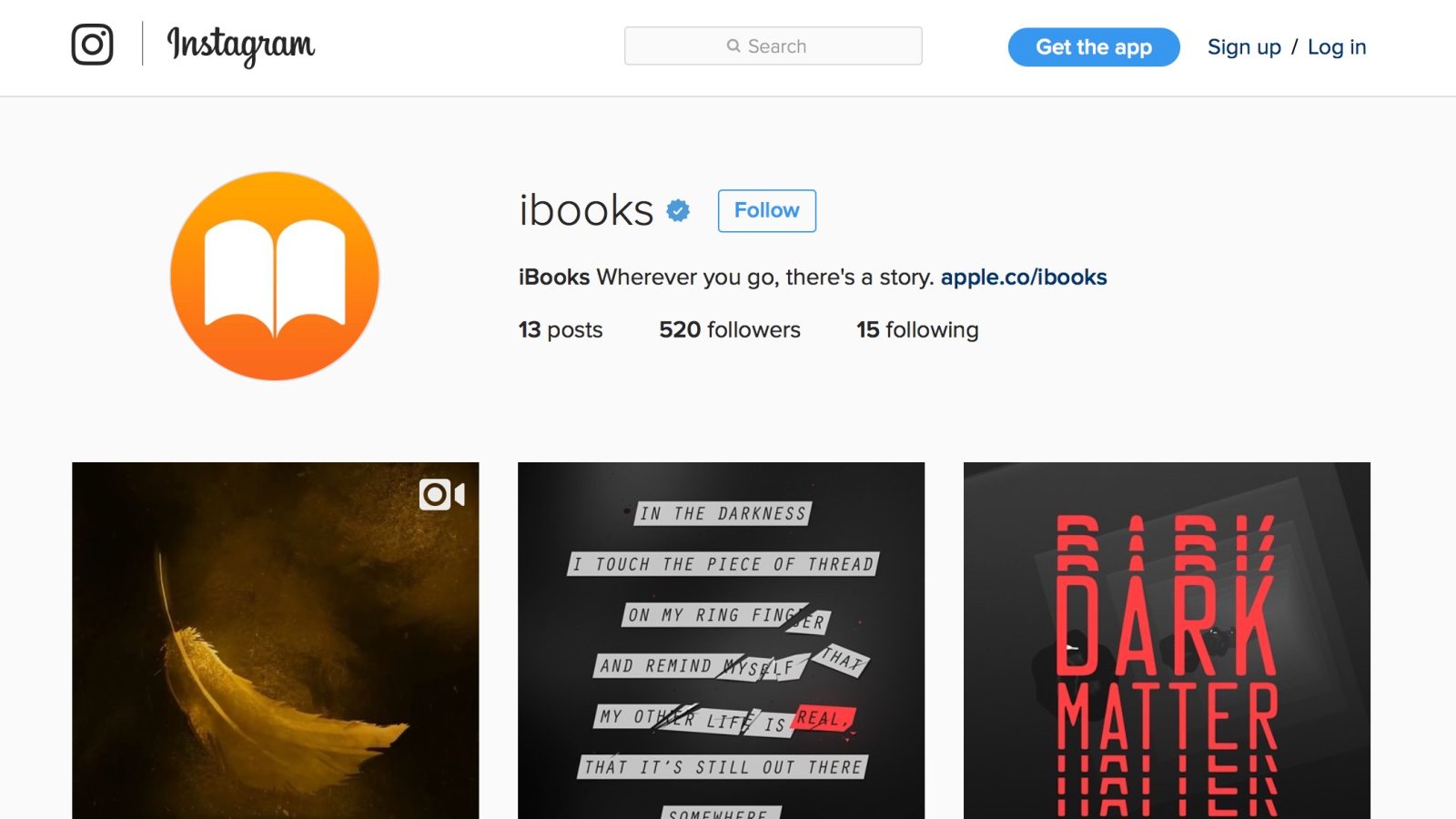 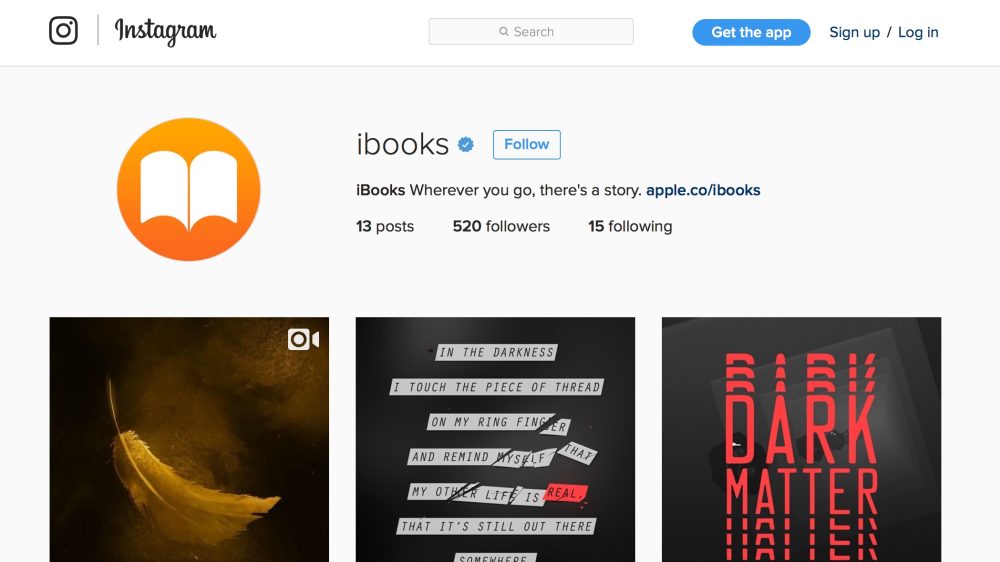 Apple continues to experiment in the social media space to promote its businesses and products. In this vein, iBooks has launched its own official Instagram account this weekend. Apple is using the photo-centric social network to share book artwork, quotes, min-reviews and more. Interestingly, none of the posts so far feature call-to-action links where users can directly purchase the promoted novels from iBooks itself.

It appears to be using a more subtle marketing approach, raising awareness of books which users can then lookup and buy from the iBookstore if they choose.

The account appears to have launched within the last twenty-four hours; the account is verified to confirm its authenticity as an official iBooks social channel.

The most recent promotional content on its Instagram channel is a video highlighting the launch of the long-awaited eighth instalment in the Harry Potter franchise, Harry Potter and the Cursed Child. The book is now available to buy in iBookstore for $14.99.

The ‘book’ is not a written novel like the main seven Harry Potter stories; it’s a script version of the play being shown in British theatres right now. The book continues the story of Harry, Hermione and Ron nineteen years after the end of the Deathly Hallows, in line with the ‘Nineteen Years Later’ epilogue. The acted play has received rave review from critics.

It began like this: "Mr. and Mrs. Dursley, of number four, Privet Drive, were proud to say that they were perfectly normal, thank you very much." From the moment we met Dumbledore, Hagrid, and the “Boy Who Lived” in the opening scene of "#HarryPotter and the Sorcerer’s Stone" to the epilogue of book 7—in which Harry, Ginny, Hermione, and Ron send their own children off to Hogwarts—we were hooked. We’re really, REALLY excited for the release of the 8th story in the series. How about you? #CursedChild #HPScriptBook