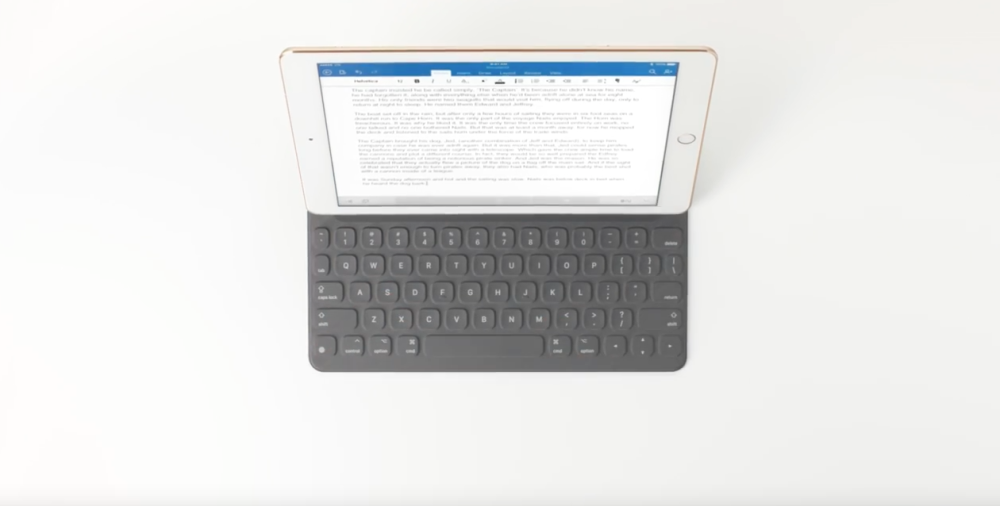 Apple today has shared a new advertisement on its YouTube channel for the iPad Pro. The ad positions the iPad Pro as a true replacement for a computer and is entitled, “iPad Pro – What’s a Computer?”

Essentially, the ad is attempting to convince viewers to forget what they normally think of when they think of computers, because the iPad Pro is capable enough to be a computer in and of itself. “You think you know what a computer is, but then you see this one. Meet iPad Pro,” the video description.

The video itself shows off a variety of different functions of the iPad Pro, including its Smart Keyboard, Apple Pencil, split-view, picture-in-picture video, and more. The video concludes with, “Imagine what your computer could do if your computer was an iPad Pro.

Earlier today, new data from IDC showed that Apple is increasing its worldwide tablet lead in Q2 despite the decline in iPad sales. During the company’s earnings call last week, Apple noted that the iPad Pro models are helping the company increase the ASP of its tablets.

Apple’s new “What’s a Computer?” iPad Pro ad can be seen below.