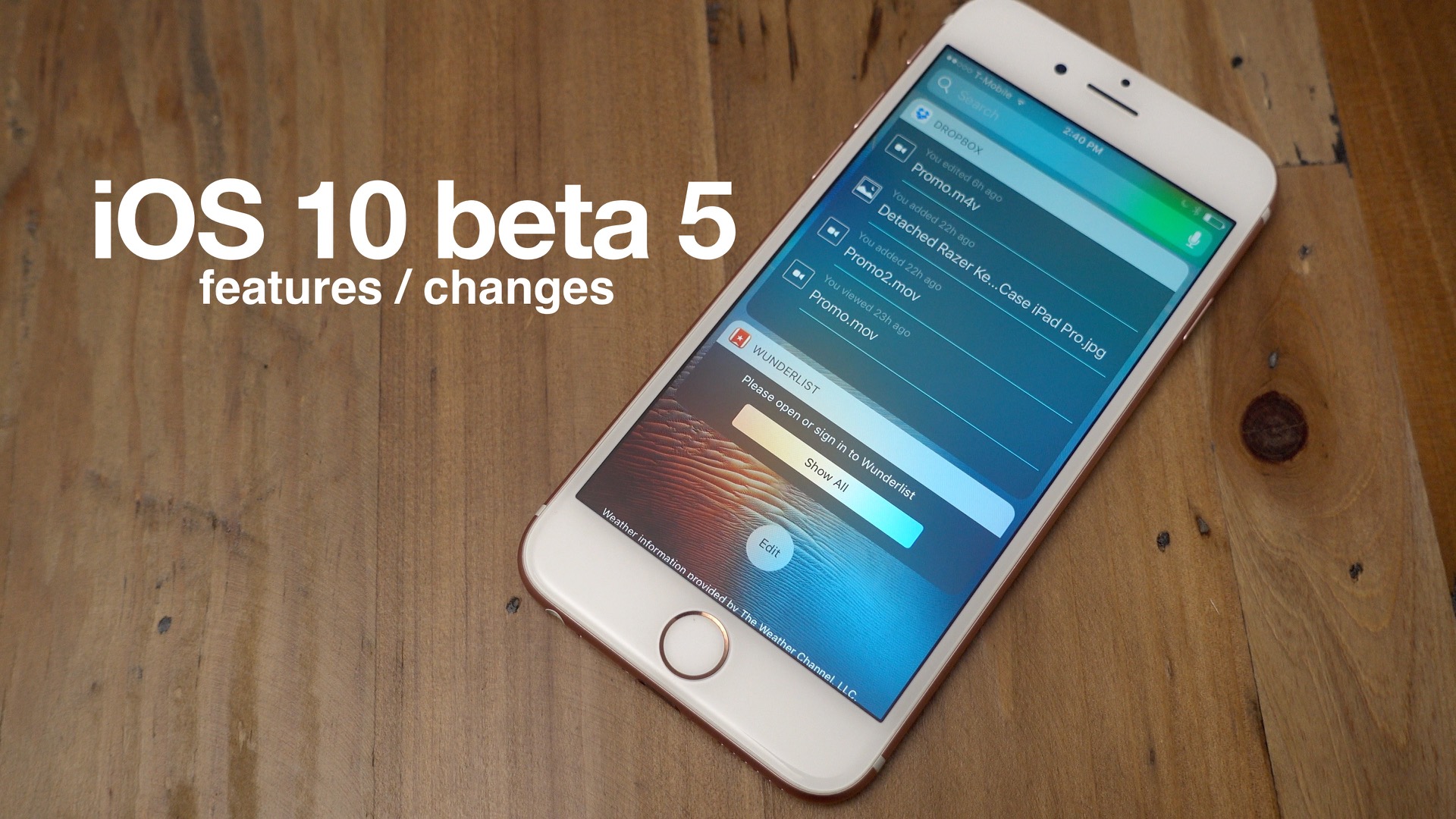 A mere week after releasing iOS 10 beta 4, Apple has seeded the fifth iOS 10 beta to developers. Join us as we go hands-on to showcase what’s new in iOS 10 beta 5.

iOS 10 beta 4 was headlined by new emoji characters, which always prove to be extremely popular. The fifth release doesn’t appear to feature any new items of such significance, but as always, there are some changes and updates to be found.

In the following hands-on video walkthrough, we’ll step through some of the new additions to iOS 10 beta 5. Items included in the video are as follows:

Like always, there may be additional updates and features included in iOS 10 beta 5. Be sure to check out our official iOS 10 beta 5 release post for the latest information.