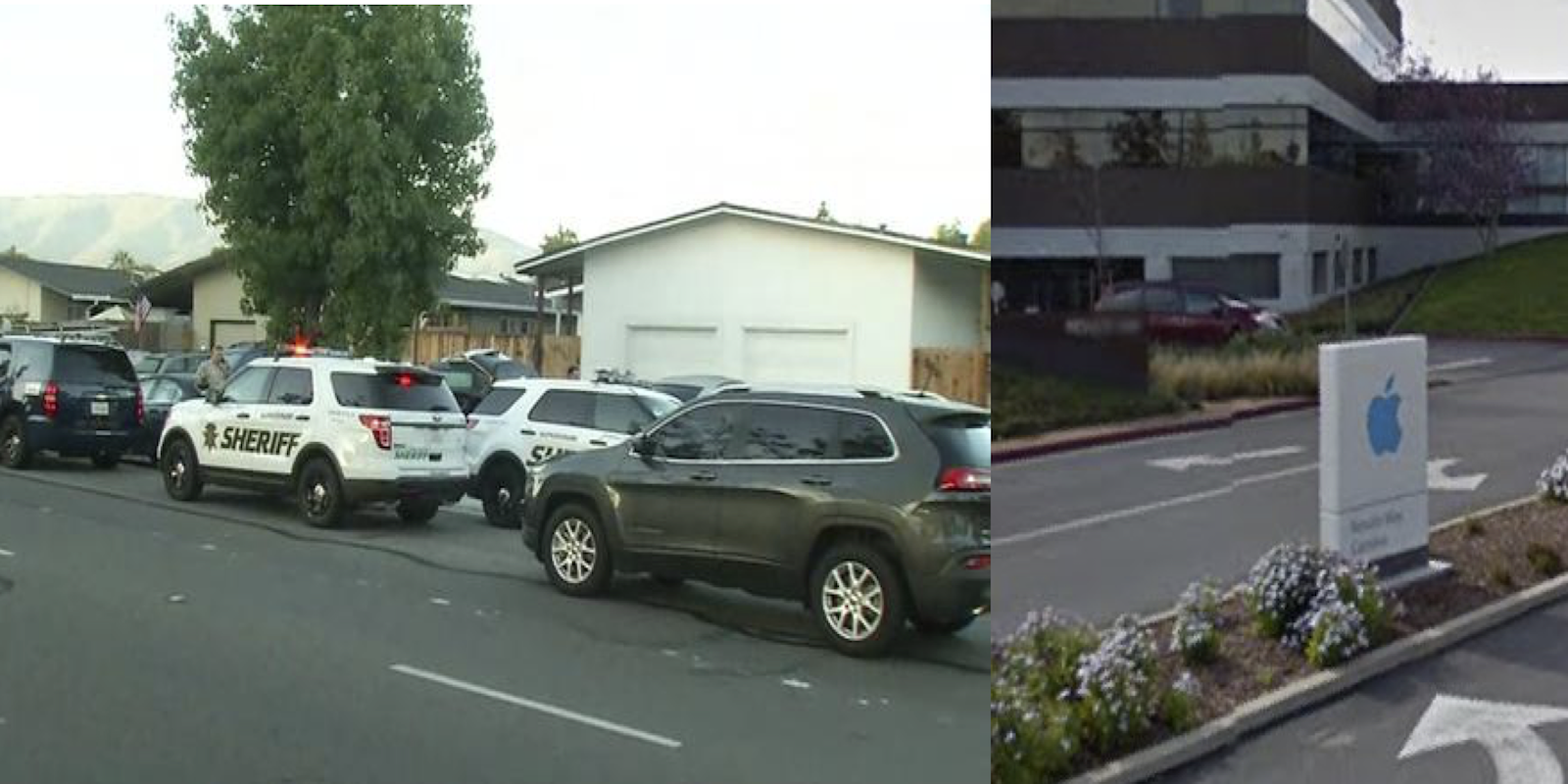 Police are searching for suspects in a reported attempted burglary at an Apple building in Cupertino this morning, ABC7 News and other local outlets report.

According to the reports, three suspects were spotted breaking into an Apple owned building in Cupertino and were chased by authorities to nearby San Jose. One suspect has since been caught, while police are still searching for the others:

A report from ABC7 News reporter Matt Keller notes that authorities spotted the suspects at Bubb Rd & Results Way, a group of Apple owned buildings not far from its main campus at 1 Infinite Loop.

There’s no word on whether or not the suspects managed to actually enter the building or get away with anything.