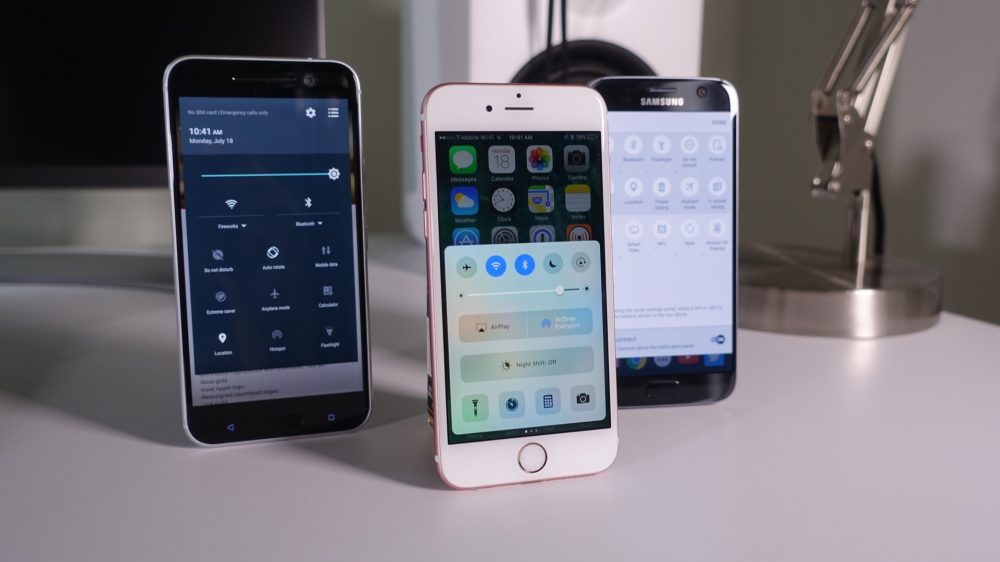 While Apple has seen declining sales of its iPhone over recent quarters, new data from Gartner provides another look into the decline facing Apple and the smartphone market in other regions. Overall, the data shows that smartphone sales worldwide grew 4.3 percent year-over-year, though Apple saw a 7.6 percent decline itself. When it comes to operating systems, iOS and Android continue their dominance.

Overall, Oppo saw the strongest growth, rising from 2.4 percent to 5.4 percent, which Gartner attributes to strong sales of the company’s R9 smartphone in China and other countries.

It’s interesting to think that the iPhone vs Android battle is starting to increasingly look like the Mac vs PC battle. Android owns a larger portion of the market, much like PC manufacturers do, while Apple still brings in a higher average selling price. I argued back in June that the smartphone market was shaping up to nearly mirror the PC market, and today’s Gartner data continues to show that trend. What do you think? Is the Android vs iOS battle the Mac vs PC battle all over again? Let us know in the comments… 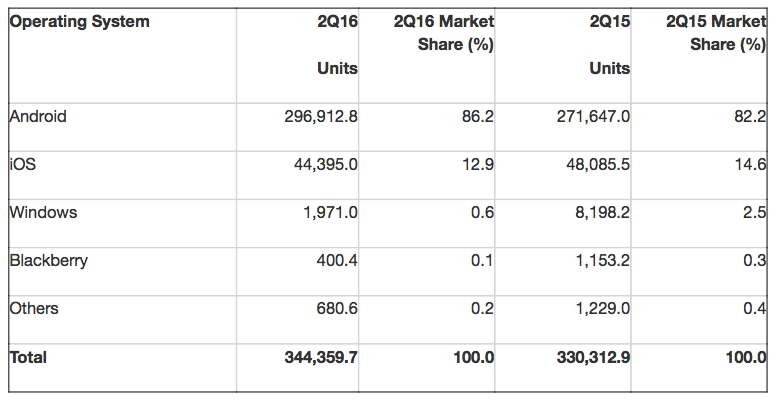 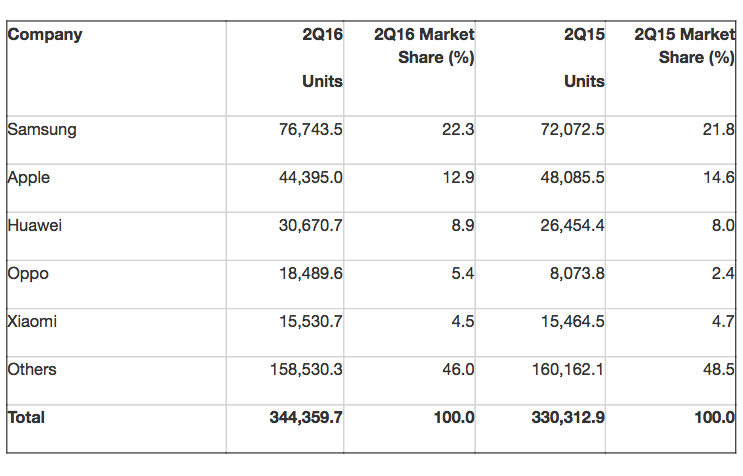