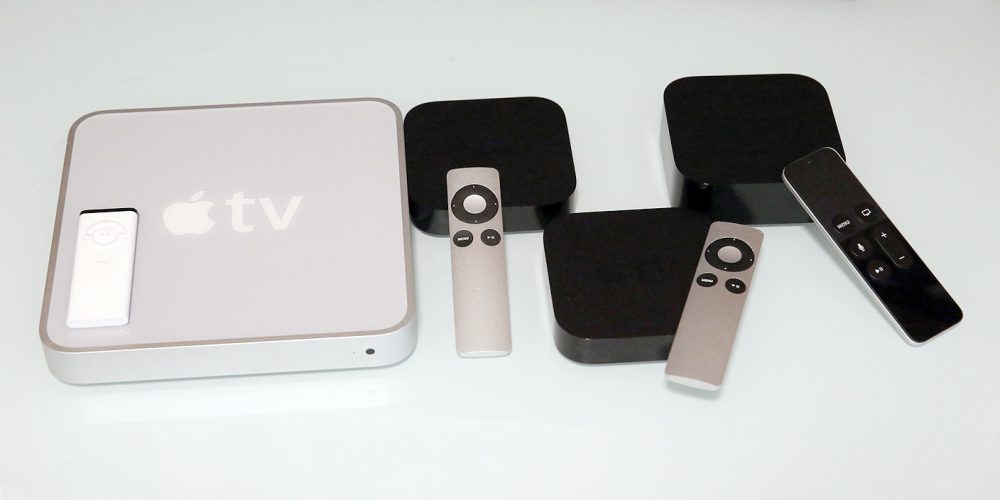 While this afternoon’s Apple announcements didn’t focus on the Apple TV, the company today did take the first steps towards officially phasing out the third-generation Apple TV model. Apple has removed the third-gen Apple TV from its online store, while a source indicates to us that Apple retail locations are also pulling the device from shelves.

Apple has not officially commented on its phasing out of the third-gen Apple TV, though it’s clear that the process has at least begun. Up until today, the Apple TV was listed on the Apple TV purchase page under the “TV” heading on Apple’s website. As seen below, the third-gen variant and its $69 price tag were directly next to the fourth-gen model with an option to compare the features of the two. Now, however, the “Compare Apple TV” subheading is nowhere to be found on Apple’s website.

One thing to note, however, is that the direct link to the Apple TV third-gen product page still works, but in order to get to the page you have to either Google it or have the full link. This implies that Apple still has stock of the device, but that it’s not actively looking to sell it. 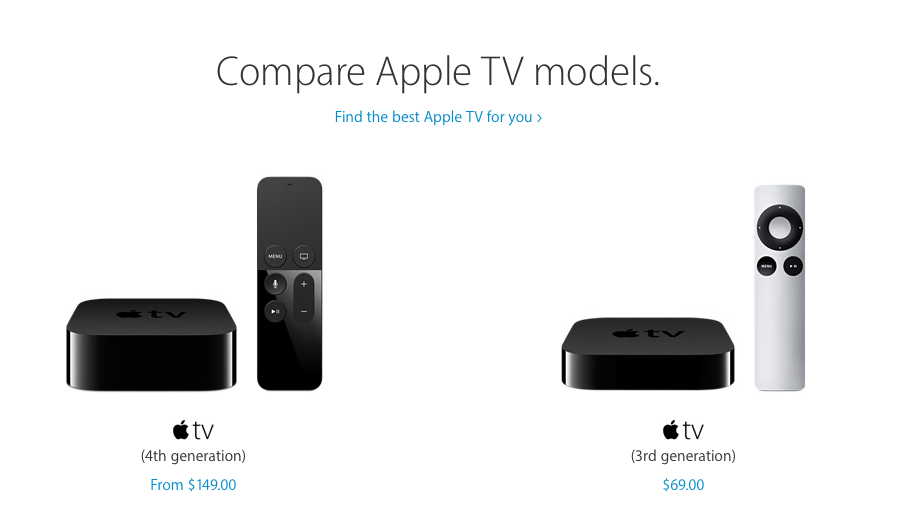 Additionally, we’ve received word that Apple retail employees have been instructed to remove any remaining third-gen Apple TV models from store shelves and inventory. From there, the employees have been told to ship them all back to Apple. Generally, Apple Stores are instructed to do this when Apple is preparing to sell the remaining inventory of a product of “end of life pricing,” meaning that it wants to discount the product in order to liquidate the remaining stock.

It certainly isn’t surprising to see that Apple is starting to phase out the third-gen Apple TV. It was originally introduced back in 2012 and was quietly updated a year later. Since then, however, Apple has introduced the fourth-gen tvOS-powered Apple TV and put its entire living room focus on improving that device.

It’s unclear if the third-gen Apple TV will receive any additional software updates from Apple, but it certainly seems like the device is nearing the end of its life and subsequent support.