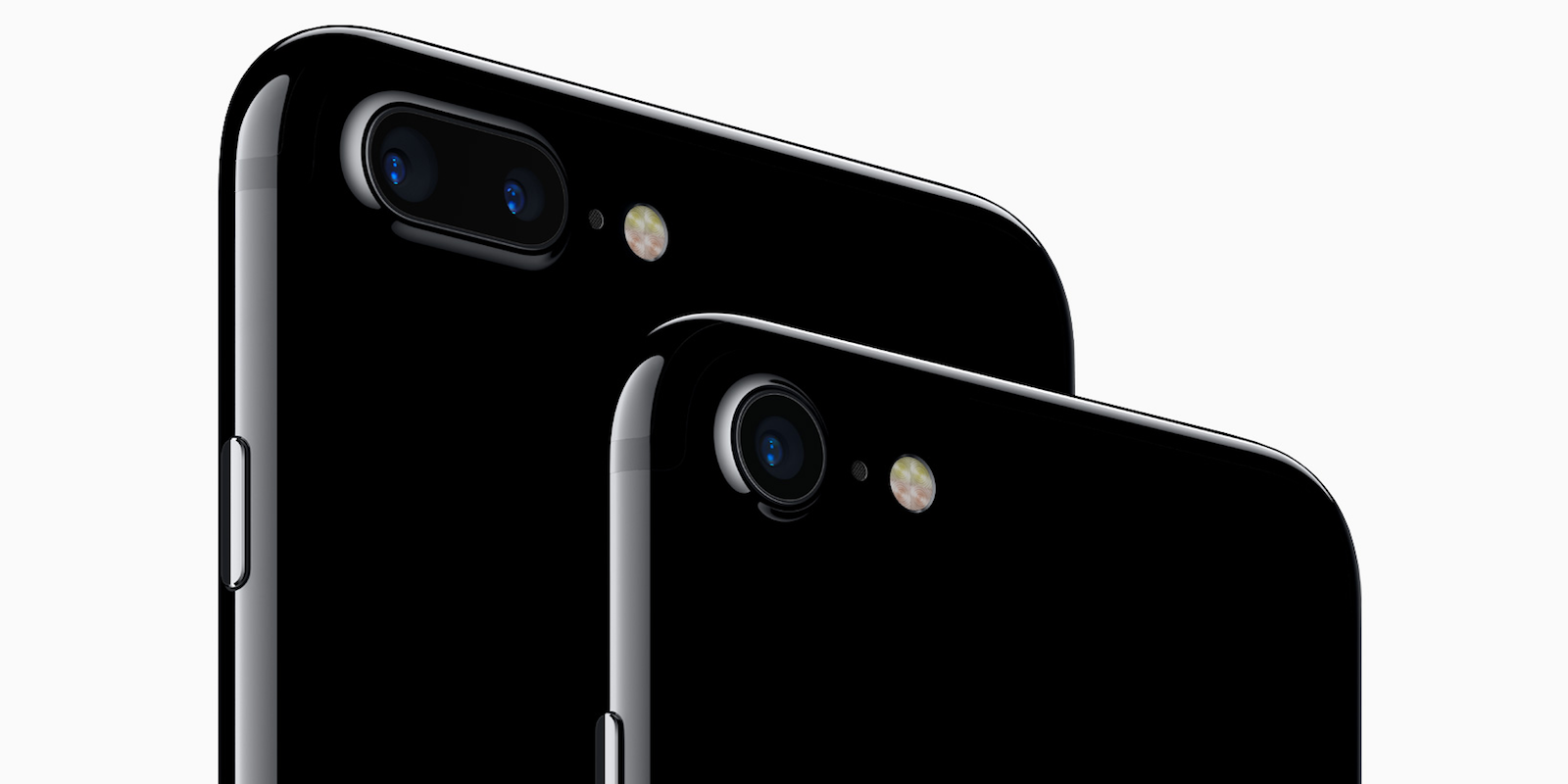 Apple just unveiled the new iPhone 7 & Plus during its event in San Francisco today. Head below for a first look at the device and the rundown on specs, features, pricing and availability…

There was some speculation on what the device would be called leading up to Apple’s event, but Apple has now made the “iPhone 7” branding official. It also has confirmed that iPhone 7 and 7 Plus will get new cameras, water-resistance improvements, stereo speakers, longer battery life and more.

The camera app in iOS 10 will include features to take advantage of the enhanced zoom features of the dual camera system on iPhone 7 Plus.

The iPhone 7 features a redesigned Home button that uses a “Taptic Engine” like Apple uses in the Apple Watch to provide tactile feedback for various functions. Here’s a look from Apple’s demo on stage:

The new iPhones also receive a big performance bump courtesy of the new A10 Fusion four-core CPU. Apple said it’s 40% faster than the A9 in previous generation iPhones and includes a 6-core graphics chip that’s 50% faster than A9.

And Apple says the devices offer the best battery life of any iPhone ever, offering an extra 1 to 2 hours on average for those upgrading from previous-gen iPhone 6s models.

Since the iPhone 7 will be Apple’s first iPhone without a headphone jack, all iPhone 7 models come with Lightning EarPods and a Lightning to 3.5mm headphone adapter. This is what they look like:

But Apple also showed off its all-new cord-free wireless “AirPods” that will be available for $159:

The AirPods offer 5 hour battery life and have a charging case that offers 24 hours battery. Get the full rundown here.

Availability: iPhone 7 and 7 Plus will be available to preorder starting Sept. 9 with retail availability beginning on September 16 later this month.