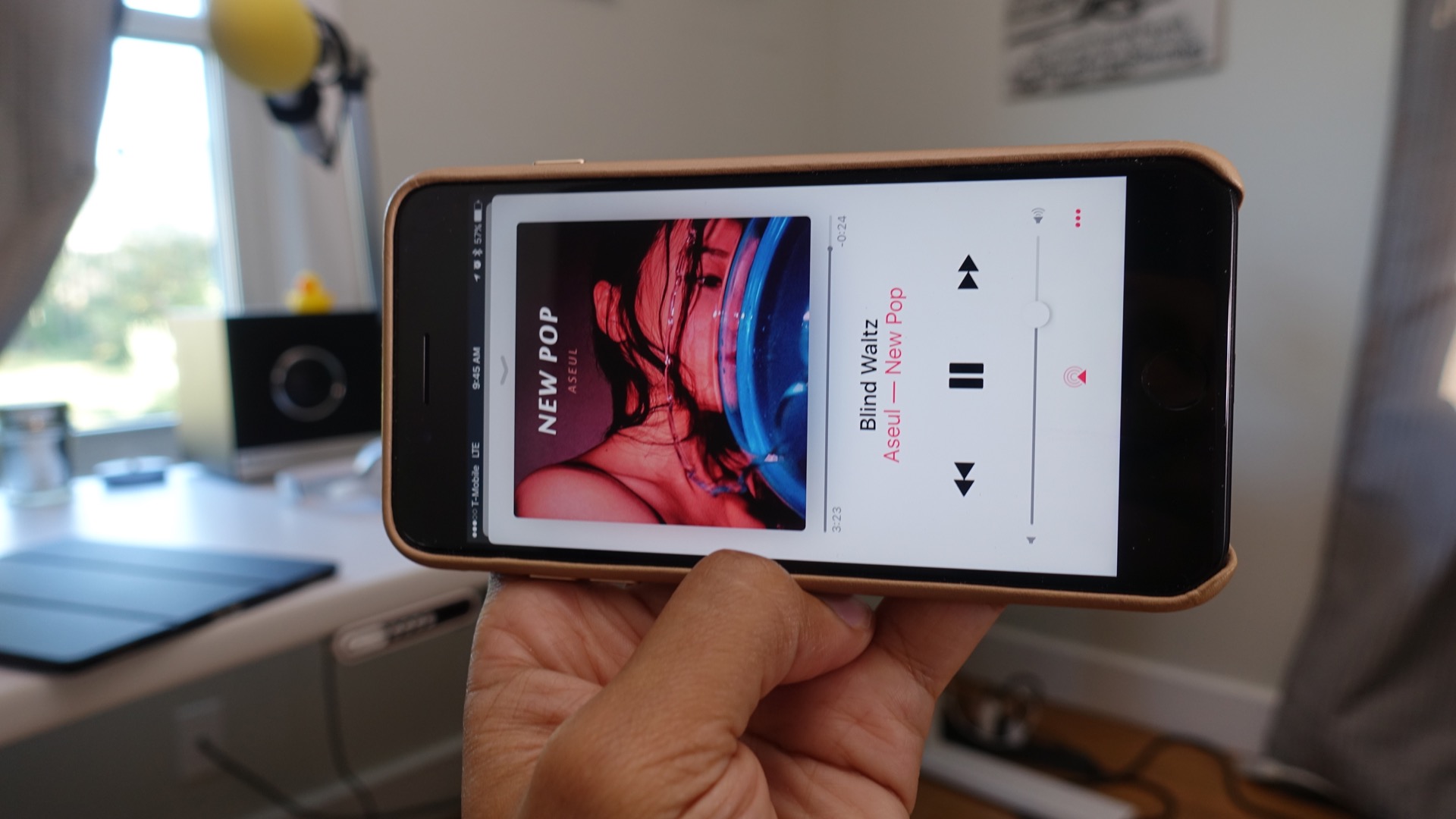 Not only is the iPhone 7 capable of outputting louder sound, but it also features two speakers that are capable of producing true stereo output.

The two speakers — one in the bottom of the iPhone, and one in the earpiece — are a first for an iPhone. Although the iPhone 7 doesn’t feature the four-speaker ensemble found on the iPad Pro, it is capable of producing true stereo-separated sound that your ears can perceive while the phone is oriented in landscape mode.

There’s just one problem. Unlike other apps, the iPhone Music app doesn’t yet support landscape mode…

I alluded to this in our hands-on walkthrough of the iPhone 7’s top features, specifically calling out Apple for not having a landscape-compatible Music app available for the iPhone, when the new iPhone 7 supports true left/right stereo separation.

To test, all you need to do is place your iPhone 7 into landscape mode while listening to a stereo audio track. You’ll hear true stereo separation that’s immediately noticeable. When you flip your iPhone, you’ll notice that the stereo channels flip to correspond to the correct speaker output.

You can use this stereo test on Apple Music, or the YouTube video below to test out the stereo separation on the new iPhone 7:

Not only is the new iPhone louder, but its stereo sound will make supported music, movies, games, and TV shows sound even better than before. Interestingly enough, the stereo sound is even better when your iPhone 7 is inside of the new iPhone 7 Smart Battery Case. This is due to the fact that the bottom speaker output is routed in such a way that it fires toward you, just like the earpiece speaker.

It’s just odd to me that the Apple Music app, a primary source of music on the iPhone, doesn’t yet support landscape mode. It seems like this would have been a day-one feature in order to help further emphasize the new stereo sound capabilities of the iPhone 7, especially given its redesign in iOS 10.

Apple is definitely aware of this omission, because when it highlighted the new stereo speaker system in its iPhone 7 ad (shown above), it used Control Center, not the Music app, to demonstrate it. I’m pretty sure it wanted to avoid showing the Music app looking like the leading image of this post.

It’s not a huge request, but it’s something us iPhone 7 owners would appreciate having sooner than later. What do you think?

Be sure to watch our full walkthrough of some of the iPhone 7’s best new features, where we talk about the new stereo speakers, and much, much more: