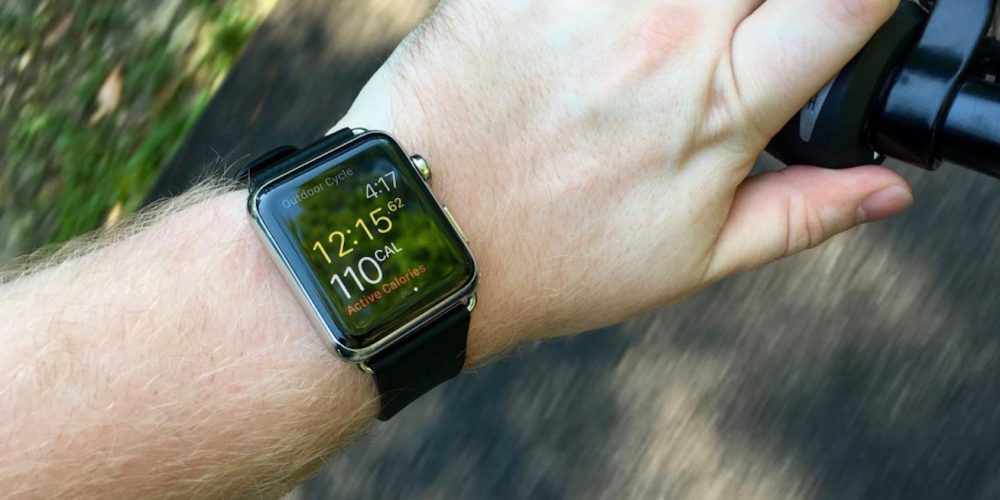 Apple has long touted the fitness capabilities of Apple Watch as one of its top selling points, especially with the recently released Apple Watch Series 2. Now, a new study from Cleveland Clinic, published in JAMA Cardiology, claims that Apple Watch is the most accurate fitness tracker on the market…

According to TIME, the study was performed with 50 healthy adults who were all hooked up to an electrocardiogram, or EKG, which is considered the most accurate way to measure heart activity. From there, the EKG results were compared to results obtained from the Fitbit Charge HR, Apple Watch, Mio Alpha, and Basis Peak, as well as a chest strap.

Heart rates from all of the options were measured at three different levels of activity: resting, walking, and jogging on a treadmill.

In the end, the chest strap monitor came out ahead, with a 99 percent accuracy rate compared to the results from the EKG. This is to be expected, though, as both solutions obtain information directly from the heart. In terms of the wearables, however, Apple Watch was the most accurate, with about a 90 percent success rate.

From there, the accuracy of the other options fell into the low 80s. “The other ones dropped off into the low 80s for their accuracy,” Dr. Gordon Blackburn, one of the study’s authors and director of cardiac rehabilitation at Cleveland Clinic, said.

One interesting tidbit is that accuracy went down across the board as intensity increased. Blackburn explained that as activity levels went up, “some of the wrist technology was not accurate at all.”

One reason for this, Blackburn notes, is that wearables generally look at blood flow in order to determine heart rate. Thus, as activity becomes more intense, there’s “more bounce, so you may lose some of that contact.”

While Apple hasn’t commented on the study out of Cleveland Clinic, Fitbit said in a statement that its trackers “are not intended to be medical devices,” also noting that the comfort offered by wrist-based wearables greatly exceeds the comfort of chest straps. Fitbit, however, says that its internal tests show an accuracy rate of 94 percent.

“Fitbit trackers are not intended to be medical devices. Unlike chest straps, wrist-based trackers fit comfortably into everyday life, providing continuous heart rate for up to several days without recharging (vs. a couple hours at a time) to give a much more informative picture of overall health and fitness trends.”

Apple Watch Series 2 and watchOS 3 bring additional improvements to the device’s fitness capabilities, including built-in GPS for mapping, better water-resistance for swimming, new workout options, and a new Nike+ edition. As Zac has noted in the past, the Apple Watch’s fitness features can even be enough to kickstart an entire change in lifestyle…