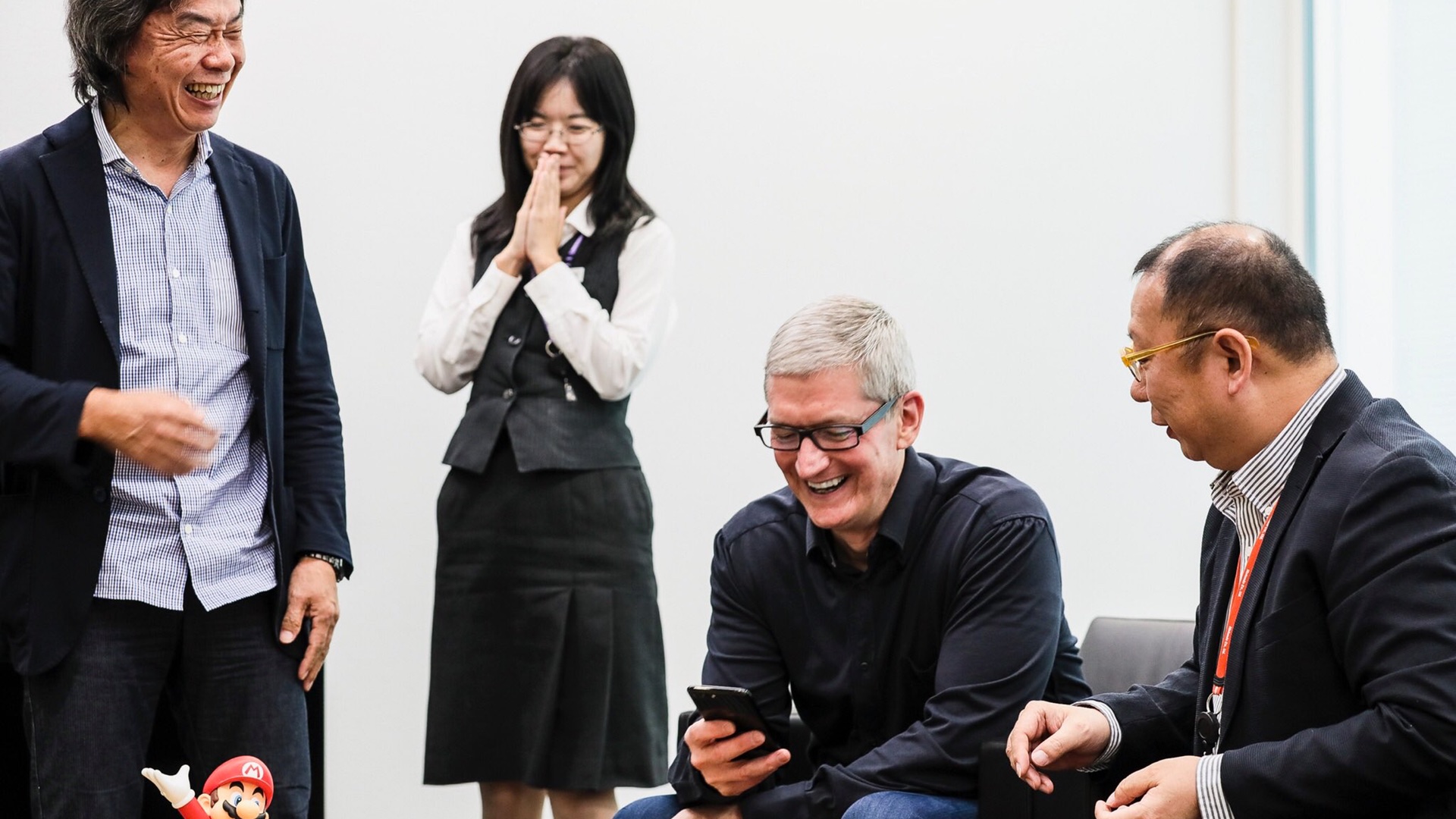 Tim Cook is currently on a business trip to Japan, and during the visit he made sure to meet with Nintendo executives, including Mario-creator Shigeru Miyamoto. Apple and Nintendo shocked the gaming world when Miyamoto made a surprise appearance on stage during September’s iPhone 7 keynote. During the event, Miyamoto revealed Super Mario Run, the very first mobile phone game to star Nintendo’s most beloved franchise character in a full-fledged title.

Super Mario Run, which is scheduled to land on iOS before the year’s end, is a side scrolling runner game that can be played with a single hand. The title, which will initially be an iOS exclusive, is seen as a huge get for iPhone and iPad owners.

Earlier this evening, Tim Cook sent a ‘Good Morning’ (ohayō gozaimasu) tweet via his Twitter account, signifying his arrival to the land of the rising sun. Japan is 13 hours ahead of Eastern Standard Time, so it was just before 9 AM at the time of his initial post.

Cook also shared an image of him sitting before Nintendo executives, presumably in Nintendo HQ’s home town of Kyoto, to take Super Mario Run for a ‘hand-on’ test drive. As Miyamoto quipped on stage in San Francisco last month, you can play Super Mario Run with just a single hand, and Cook makes sure to demonstrate as much during the photo opportunity.

Getting the hang of Super Mario Run, thanks to Miyamoto-san and his awesome team at Nintendo! pic.twitter.com/gSxU4iQbAv

There isn’t yet a solid release date for Super Mario Run, but we have been told that it will arrive before the end of the year. The game will be a timed-exclusive for iOS users before making its journey over to Android.

Gamers who are anticipating the title can sign up on the App Store to be notified of the game’s launch, and Nintendo has created a special iMessage sticker pack to help build anticipation for the release.