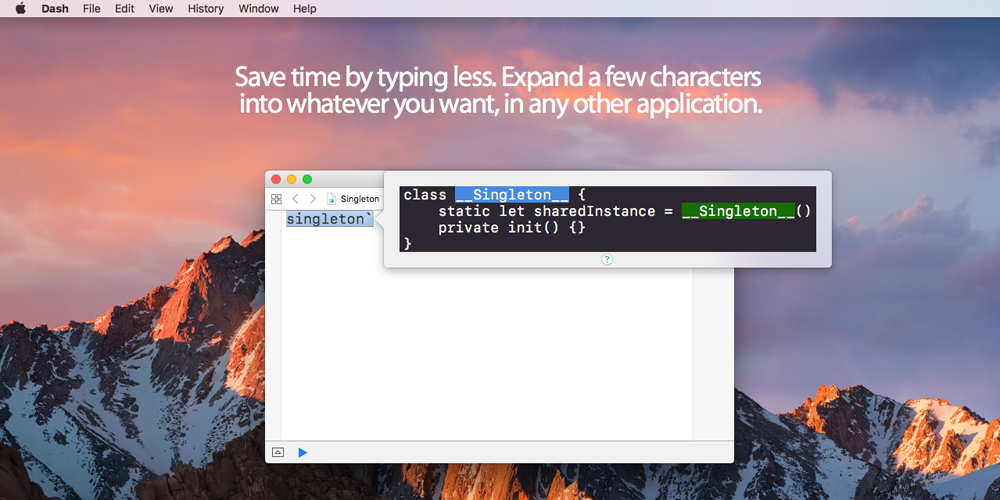 There was considerable speculation about what was going on when Apple pulled the popular developer app Dash from the App Store and terminated the account. The developer, Kapeli, claimed to have no idea what had led to the action, with Apple subsequently explaining that it had detected more than 1,000 fraudulent reviews on a linked account. The accounts appear to be linked by credit card, device and developer ID.

Kapeli continued to proclaim its innocence, stating that the account and device were used by an unspecified ‘relative’ and that they had done nothing wrong. A post to the MacRumors forum now casts doubt on this, proving that the linked account contains apps which were originally promoted on Kapeli’s own website and in its own Twitter feed.

So 5 or 6 years ago, this guy named Bogdan Popescu starts a company called Kapeli and writes a bunch of Shovelware. Puts out a bunch of PR for crap like MoveAddict.

All of this is featured on his website, kapeli.com [archived link]. There in the header…moveAddict, iGuard…and something called ‘Dash’.

It was these old apps which Apple says were promoted with fake reviews.

Another forum user chipped in with further evidence that the apps were owned by Popescu.

You’ll see all the apps ‘being sold’ by Mihaela. Let’s pick one – say ‘File View’ […] Select the next image. We can examine the image and see the file owner is a user called ‘bogdan’. This would indicate that when these screenshots were taken, a user called ‘bogdan’ owned files on that mac and created this file on this date (creation date).

Kapeli posted an audio recording of a call in which an Apple representative can be heard repeatedly explaining that the company has evidence that the two accounts were linked, and that if the developer wrote a blog post acknowledging that fact, the account would be reinstated. Kapeli has so far declined to do so.

Update: Kapeli has responded with a statement:

At this point it’s impossible for me to protect my family and my private life anymore, so I’d like to tell the history of Kapeli and of everything I’ve done so far.

In 2010 I made my first app, moveAddict. It was well received and although it’s 6 years ago and it is my first app, I still stand behind it and am proud of it.

Back then I was a student at Coventry University and asked my mother to set up a romanian bank account for me to use for my app business. Although I was the only one to use this bank account, it ran under her name.

I also made and released other apps, DockView being the most notable and best received of my products. I also launched some less successful apps: Switché, iGuard, iSecure, iClap and Stay Awake.

In 2011 the Mac App Store was launched and I enrolled my Apple developer account. I was using the bank account my mother had opened for me.

In 2012 I released Dash. It was very well received, but I continued to support and take care of my other apps as well.

In 2013, my mother, who is an engineer herself, made an Apple developer account and started making apps on her own, including Ideal Weight and Brain Gym

I helped and encouraged her as much as I could, including paying for her first membership year using my credit card. Throughout the years I helped her whenever she asked me to, with coding issues or other things like converting images to icons for her apps. I also gave her Xcode projects I had and used as templates for new apps.

In 2014 I realised that there was no possible way for me to support and develop all of my apps anymore and decided to focus on Dash exclusively. I told my family about this and they thought I wasn’t rational, because my old apps were still making some money. My mother proposed I move some of my apps to her account and that she would handle the support and maintenance for those apps. I transferred the following apps: moveAddict, iGuard, iSecure, iClap and Stay Awake.

Since then I’ve been focusing on Dash.

In early 2015 I finally got around to open a bank account in my name and have updated my developer account to send payments to it.

I did not want this story to blow over as it did. When Apple closed my account, I just wanted to notify my customers so that they knew how to migrate to the direct version of Dash.

Once Apple told me what happened, I collaborated with them and did not talk to the press during that time. I also complied with their request to make a blog post telling the truth, which I sent a draft of (https://kapeli.com/apple_draft), but never received a response. I thought I could leave my family out of this, but following Apple’s statement the Internet kept digging, so I had to come forward and tell the whole story.

I was not aware that the other account was involved with App Store review manipulation. I stopped following what she was doing after a while.

I did not want to release any information on the developer that was behind the accused activity, in order to protect her identity.