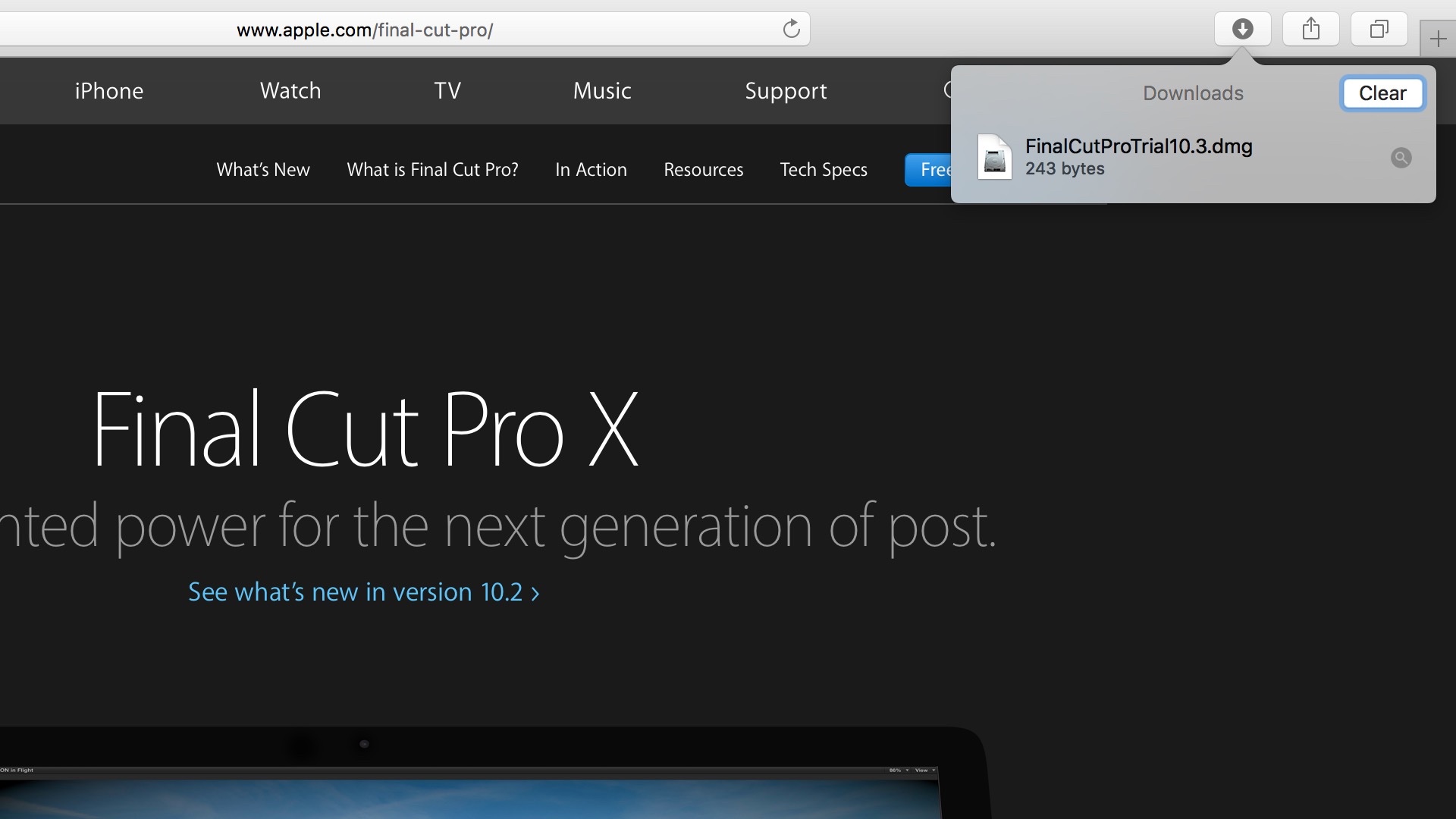 It’s been months since Apple’s pro video app Final Cut Pro X received an update, but if the trial version is anything to go by, then an update may be right around the corner.

Richard Taylor, an Apple Certified Trainer for Final Cut Pro, attempted to download the Final Cut Pro X 30-day trial and was met with an unsuccessful download. After looking at the version number of the download, he noticed that it was showing version 10.3, instead of the publicly released 10.2.3 now available on the Mac App Store.

Unfortunately, the download was unsuccessful, so this could mean that Apple jumped the gun on the trial update, or an outright mistake was made. My gut feeling says that a 10.3 update is coming, and the trial download page was updated before things were ready. I independently verified Richard’s findings, as I was met with a incomplete disk image that was only a few bytes in size. 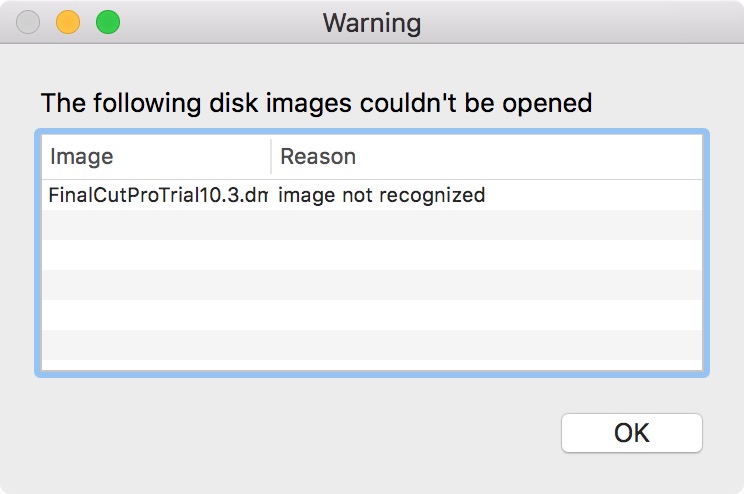 The last Final Cut Pro X update, version 10.2.3, was significant, as it brought customizable default effects, 4K export presets, support for the iPhone 6s series hardware, and a bevy of fixes to the table. The 10.3 update could add official iPhone 7 series hardware support for sharing. It could also add support for the upcoming Mac hardware refresh that’s scheduled for next Thursday or macOS Sierra improvements.

Bloomberg’s Mark Gurman chimed in with additional details of what to expect from the Final Cut Pro X 10.3 update. Users can expect improved audio mixing, and subtle flat interface tweaks. An iMovie update is in the cards as well to support the new MacBook Pro OLED function keys.

Whatever the case may be, I’ll just be happy to get a new version. The last Final Cut Pro X update happened at the beginning of 2016 in February, which is basically eons in software update terms. We’ll be sure to let you know if and when version 10.3 goes live.