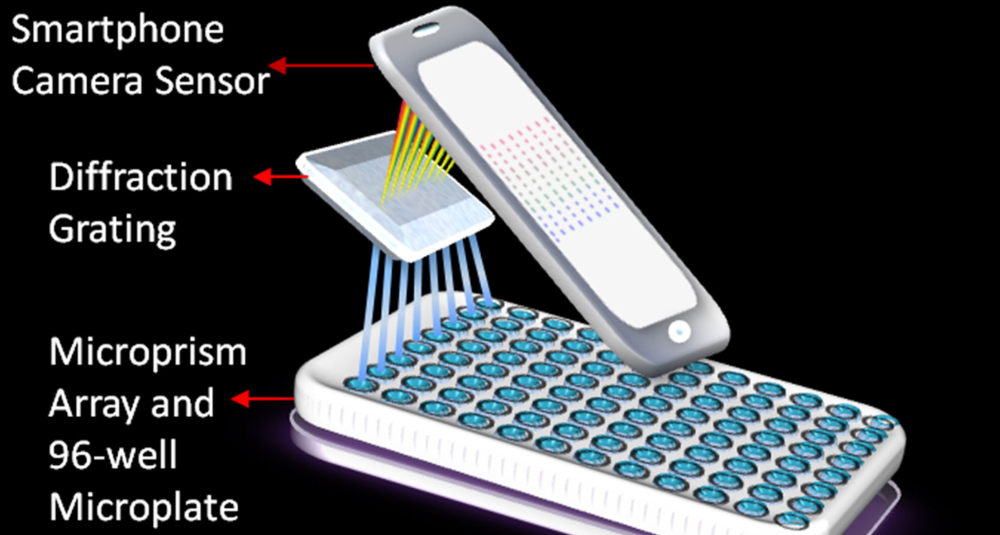 It’s no secret that Apple has ambitious plans for iPhone and Apple Watch in the health industry, but it’s not the only company looking for ways to integrate smartphones in the medical field. Recently, a research team from Washington State University, under the leadership of assistant professor Lei Li, developed a portable laboratory that’s powered by a smartphone and capable of detecting cancer nearly instantly…

Announced on Washington State University’s website, the laboratory is able analyze up to eight different samples at once, giving it unprecedented accuracy.

Li says that the portable laboratory is able to detect human interleukin-6 (IL-6), a known biomarker for lung, prostate, liver, breast and epithelial cancers. It works with a spectrometer analyzing the amount and type of chemicals in a sample by measuring the light spectrum.

“With our eight channel spectrometer, we can put eight different samples to do the same test, or one sample in eight different wells to do eight different tests. This increases our device’s efficiency,” said Li, who has filed a provisional patent for the work.

“The spectrometer would be especially useful in clinics and hospitals that have a large number of samples without on-site labs, or for doctors who practice abroad or in remote areas,” he said. “They can’t carry a whole lab with them. They need a portable and efficient device.”

While other smartphone spectrometers exist, the ability to measure up to eight samples at once is what sets Li’s apart. This capability gives it a 99 percent accuracy rate. At first, the device was used primarily with standard lab-controlled samples, but now it is being applied in real world situations.

Li has tested his design with an iPhone 5, but is working on an adjustable version that will work with any smartphone. The diagram above offers a more detailed look at how the machine works and how the smartphone’s camera is integrated:

More information regarding Li’s research can be read in the journal Biosensors and Bioelectronics. 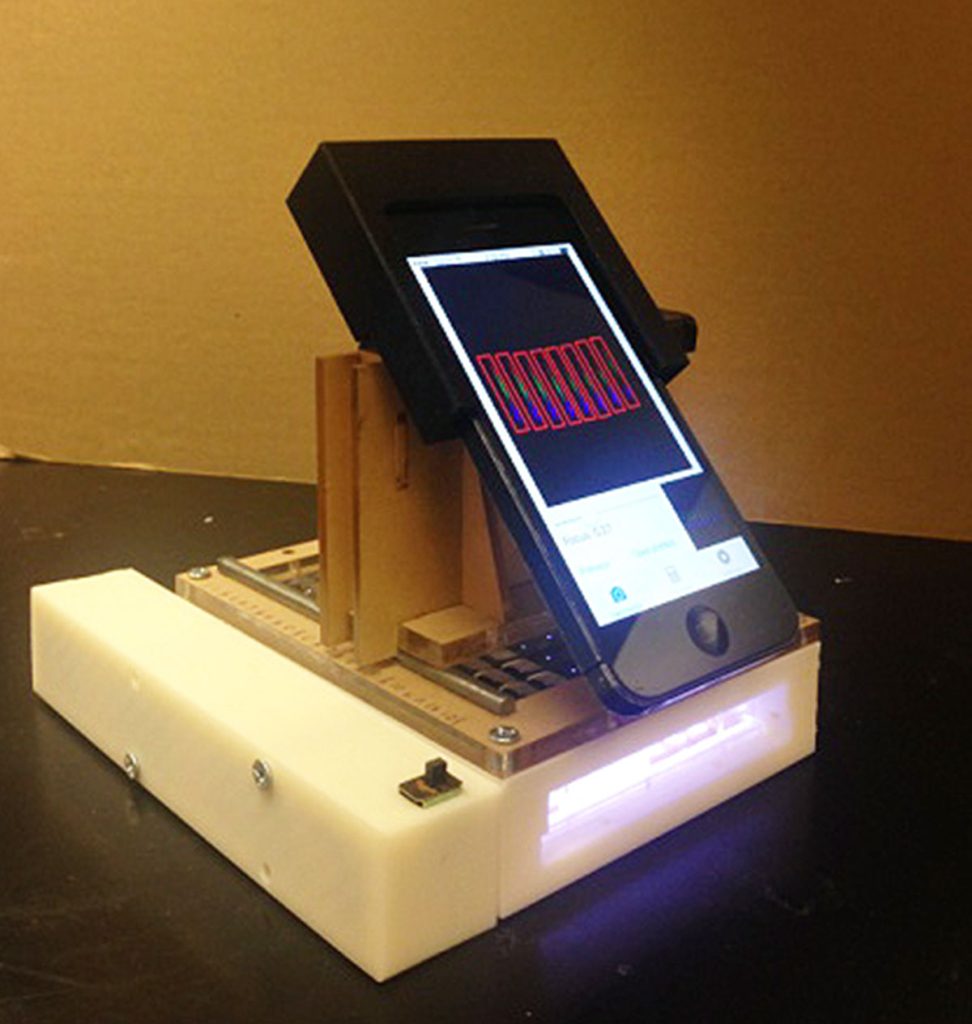