Siri compared to new Google Assistant in extensive video, holds her own 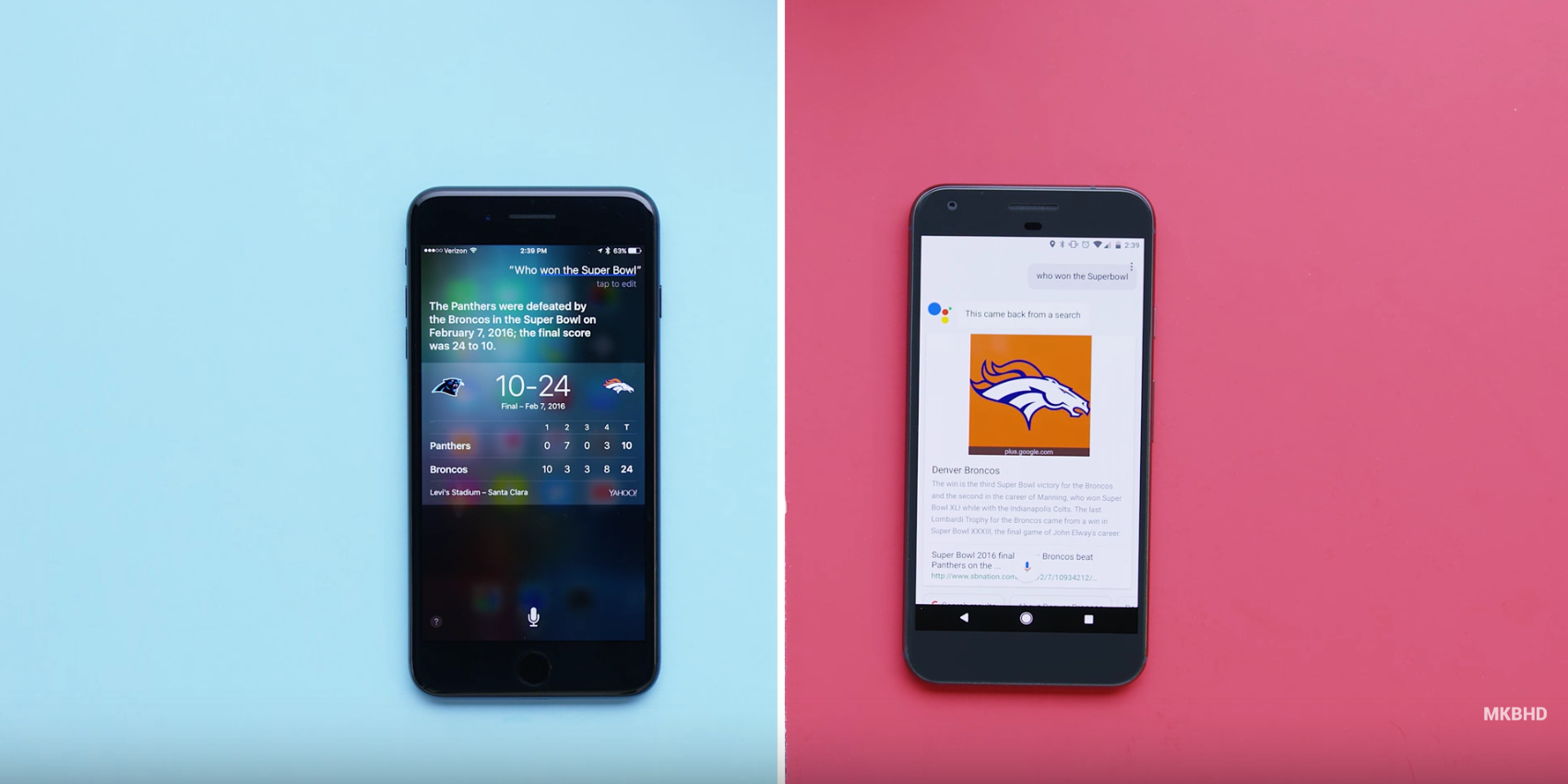 With the release of Google Assistant, supplanting Google Now on the new Pixel with Android 7.1, Google’s speech recognition/AI engine is supposed to be more personable and less robotic. At the same time, Apple has been improving the accuracy and intelligence of Siri, which has until now been a distant second in the assistant space when it comes to accuracy. With the below video comparing iPhone 7 Plus and the the Pixel XL, YouTuber MKBHD shows that both have come a long way…

In a series of tests below, Marques Brownlee asks Google Assistant running on the Pixel XL and Siri running on an iPhone 7 Plus the same questions as well as follow-ups. The line of questioning is meant to represent typical use cases.

In most cases both Google Assistant and Siri come up with correct answers, which is an achievement in itself, but almost always through different means. Most of Google’s AI is based on its internal learning and knowledge graph including its search engine.

Watch the video below and let us know what you think.