Comment: Apple’s new ‘TV’ app and why that once-rumored streaming service should exist

At its Mac event last week, Apple previewed a new app called ‘TV’ that’s coming in December to the iPhone, iPad, and Apple TV (and apparently not the Mac). The TV app is Apple’s effort to unify the video watching experience that currently takes place across various (mostly paid) video apps.

The videos are still served up in each channel’s app, but Apple’s new TV app is home base for discovering what to watch next or resuming something you’ve already started. It’s less about providing actually new content and more about improving how you find content that you can already watch in other ways.

And unless you pay for cable, you’ll probably find the TV app to be somewhat limited when it launches. Potential Netflix integration could help, but an Apple-produced subscription TV service would unlock the full potential of the new TV app and the Apple TV…

The TV app includes a new feature for syncing where you stopped watching a video on one device so you can start right there on another device. This will let you start a TV show or movie on your iPhone or iPad while traveling and finish it when you get home on your Apple TV.

The best experience is had when you subscribe to cable or satellite so you can access paid video apps that will work with the TV app. Apple has a new feature in tvOS 10 and iOS 10 called Single Sign-On (SSO) that lets you authenticate once to unlock all channels that work with your subscription.

The previous method required launching each channel on each Apple TV, iPhone, and iPad, and plugging a code into a web browser to prove you’re a cable subscriber so SSO is highly welcomed. But that’s where Apple’s TV effort starts to get complicated.

SSO didn’t launch in time for all the new software updates in September, and now Apple says its coming in December with just two partners to start: DirecTV and DISH. Maybe Apple will sign up more providers like Comcast and Charter, which would add a big portion of potential users, but there’s clearly a lot of work to do in the United States alone. 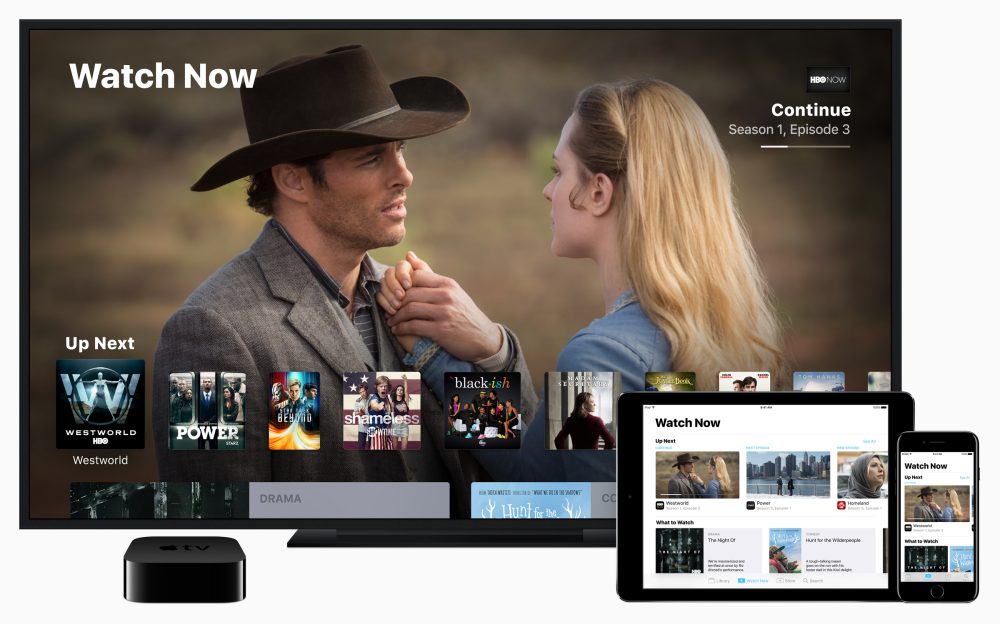 Apple offering a paid video subscription service with access to live TV could solve a lot of problems for its customers.

Want the benefits of SSO? Switch to Apple Video and enjoy the feature now or wait indefinitely for your cable company to cooperate with Apple. Just bought an Apple TV and want to start watching all of those channels right now and not wait for your cable provider to flip their switch? Subscribe to Apple Video.

Apple could even include a live TV guide element in the new TV app for iPhone, iPad, and Apple TV that lets you browse movies and TV shows playing across various channels in the traditional sense.

People like that concept and I don’t think we should give it up even as we explore the benefits of on-demand video. (My grandma owned Gone With the Wind on VHS (multiple tapes in the set) but she only watched the film when it aired on TV.) There’s something nice about just watching what’s currently being served up.

Siri is getting smarter about how it handles live broadcasts, but the new TV app appears to lack a live TV element that an Apple Video service could unlock. 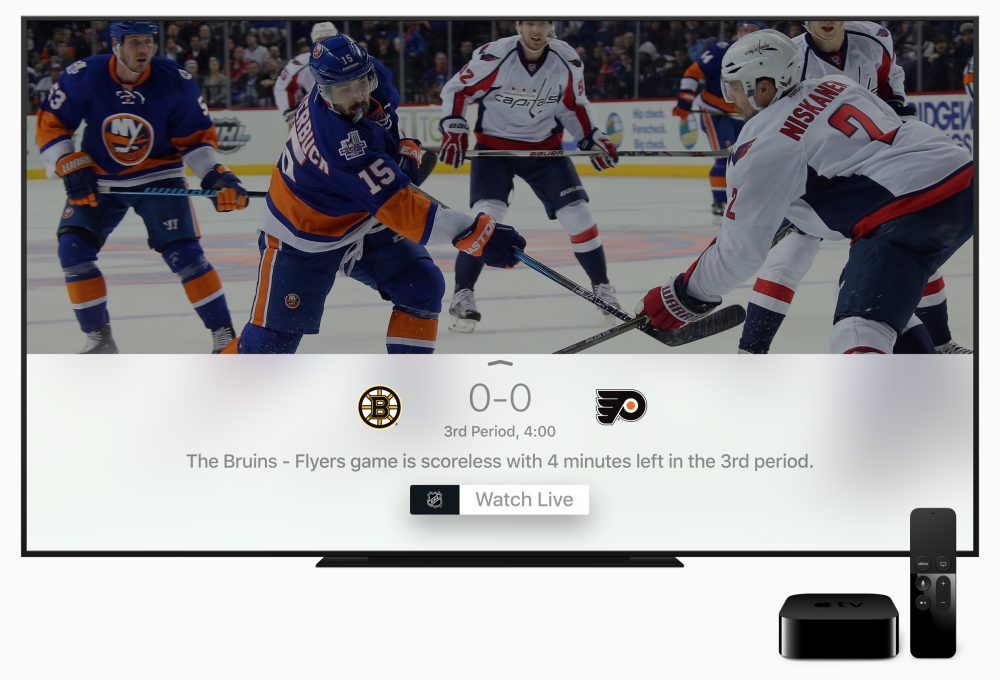 So should we expect an Apple Video service anytime soon? The short answer is don’t hold your breath.

Eddy Cue, Apple’s head of services, said this in a recent interview when asked about the idea of such a service:

Whether we’re providing it or somebody else is, it really doesn’t matter to us. What we’re trying to do is build the platform that allows anybody to get content to consumers. If a Time Warner [Cable] or a DirecTV wants to offer a bundle themselves, they should do it through Apple TV and iPad and iPhone. As a matter of fact, I’m not a big fan of the skinny bundle.

So that’s a bummer! But what Cue didn’t say is that behind the scenes Apple was working hard at providing an Apple Video service that would include 25+ channels for $30-$40/month. There was plenty of smoke around this story, but the fire was put out before Cue weirdly downplayed the skinny bundle concept.

If there’s a reason Apple’s new TV app looks like it really wants to be a web TV service, that’s because the app is salvaged from Apple’s effort to create that service.

Recode reported back in early August that Apple was developing a universal TV guide for content across Apple TV, iPhone, and iPad. That’s what we were shown last week.

So we’ll start slow with an app that aggregates content from other video apps if you pay a cable company, then eventually the TV app can be an Apple service similar to Apple Music? That’s what I want, but it doesn’t sound like such a service is coming anytime soon.

SSO’s seriously slow rollout shows just how hard it is to work with the cable industry (and rumors that Apple was competing with them or looking at buying Time Warner probably didn’t help).

Cue’s interview linked above probably serves as a signal to the industry that Apple doesn’t plan to compete (and AT&T is buying Time Warner which apparently really wanted to be bought). Meanwhile, Google appears to be planning a subscription video service of its own, although it may be limited in partners to start. 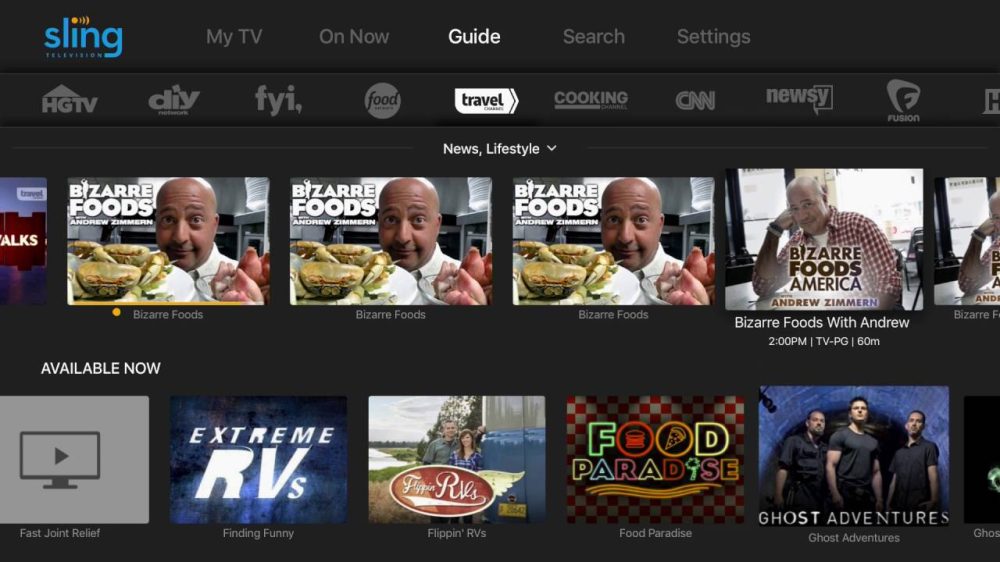 So what should you do if you want a service like the one Apple was rumored to be creating instead of cable? I’ve tried two ‘cord-cutter’ services recently: Sling and PlayStation Vue.

Sling lets you watch live and on-demand movies and TV shows from tons of popular channels for $20-$40/month depending on your plan. There’s a decent Apple TV app, a weird Mac app, and tolerable apps for iPhone and iPad.

Sling does an OK job at capturing the traditional TV guide experience with its On Now guide and the price is competitive for mobile access without contracts. But you can’t unlock paid video apps on Apple TV and the iOS and macOS apps lack basic features like picture-in-picture and Split View.

Sling scales up on the 12.9-inch iPad Pro and newer iPhones too. An Apple Video service would pay careful attention to display resolution and modern iOS and macOS features.

PlayStation Vue works similarly with plans starting at $30/month, but you need a PlayStation (PS4 or PS3 … Amazon Fire TV or Roku work too) before you can use the iPhone and iPad apps.

There’s no Apple TV app (a Mac app is coming next) but PS Vue works like a cable subscription with paid video apps. Most channels on Apple TV let you authenticate with PS Vue using the same method as Comcast or any other cable provider.

You can also log in to channel websites from your Mac to watch on-demand and live content depending on the network. It’s pretty cool for something you can sign-up for online and access instantly.

But the setup process is way more involved than anything Apple could provide, and there are weird location limitations with PS Vue that even Sling doesn’t have. My other complaint with PS Vue is that watching live is easy on iOS with the PS Vue app, but not every channel that you authenticate on Apple TV includes access to viewing live content (just on-demand).

I prefer PS Vue over Sling, but why should I be paying Sony for access and not Apple when the PS4 in our house isn’t even mine and I only view from Apple devices?

Apple could sell the same content for the same price but offer a more compelling experience through software (which in turn could help sell its hardware!). Here’s to hoping Apple’s upcoming TV app someday gets the Apple Video service behind it that would unlock its full potential … or someone else comes in and offers a service with the same features Apple would value.