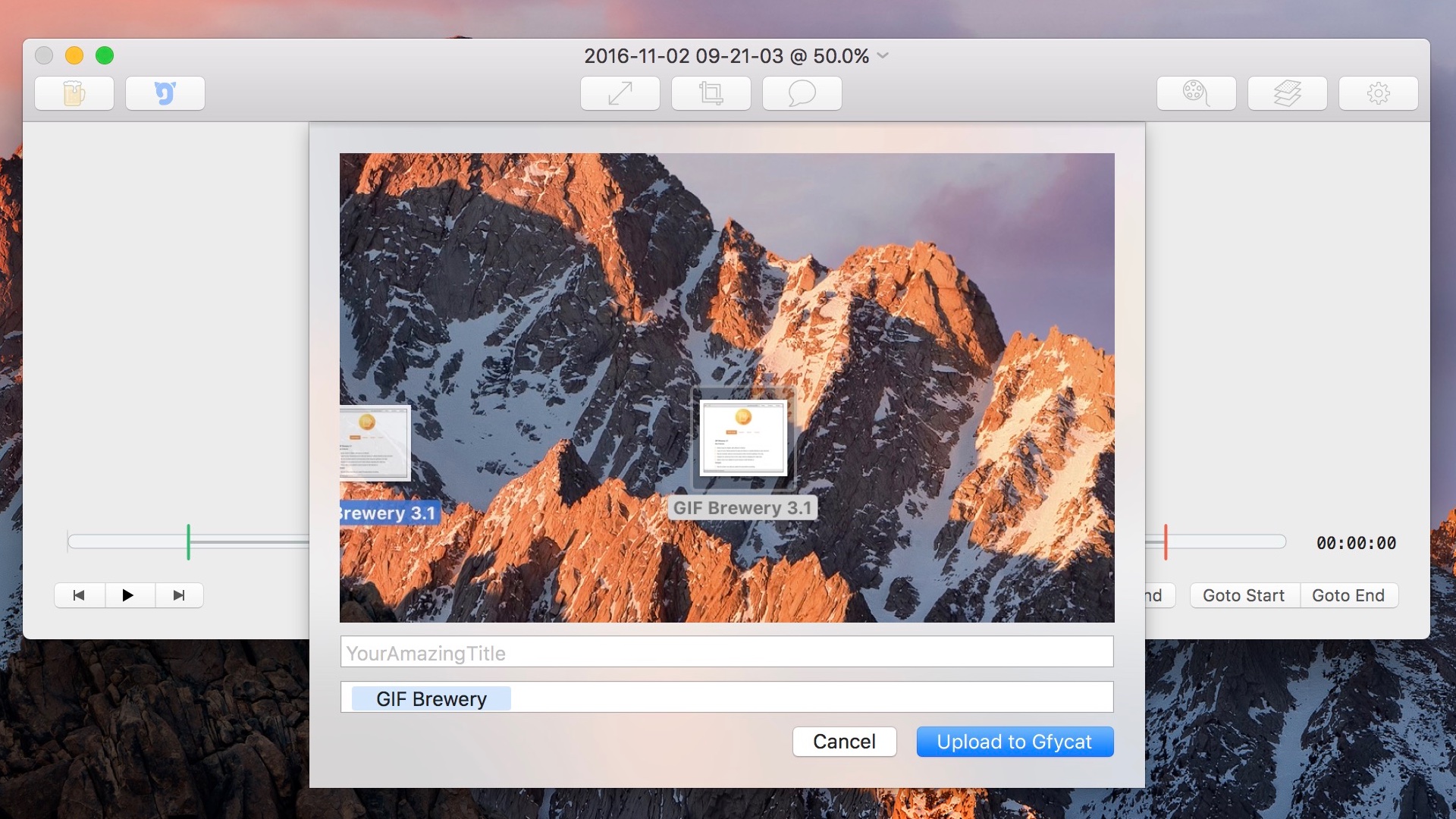 GIF Brewery, the outstanding GIF creation app for macOS, has been acquired by Gfycat, the rapidly-growing short video platform.

The app will remain a Mac-exclusive, and will stay on the Mac App Store, although it will now be offered for free instead of the previous $4.99 asking price.

The updated app, which is now being marketed as GIF Brewery by Gfycat, features Gfycat integration, which allows users to easily upload and share GIFs using the short video sharing service.

Gfycat issued a press release this morning, highlighting the reasoning behind the acquisition:

“We’re excited to merge GIF Brewery’s creator community with Gfycat’s. GIF Brewery’s users are vocally passionate about the product, and we’re excited to be able to offer them an HQ hosting platform as well as the best editing tools on the market. As the death of Vine shows, a platform is nothing without its creators.”

Basically, Gfycat sees the need to have tools that make it easier for content creators to produce content. As far as the Mac goes, I’ve been a long time user of GIF Brewery, and I don’t think there’s a better app available for creating GIFs on the Mac.

I’ve been testing the newest version of GIF Brewery, version 3.1, and can report that its Gfycat integration is pretty much seamless. Gfycat account holders can log in with their accounts and upload GIFs created via the app, and even non-account holders can quickly upload content to the service anonymously. Of course, you still have the option of exporting your creations locally if you aren’t interested in sharing with the world. 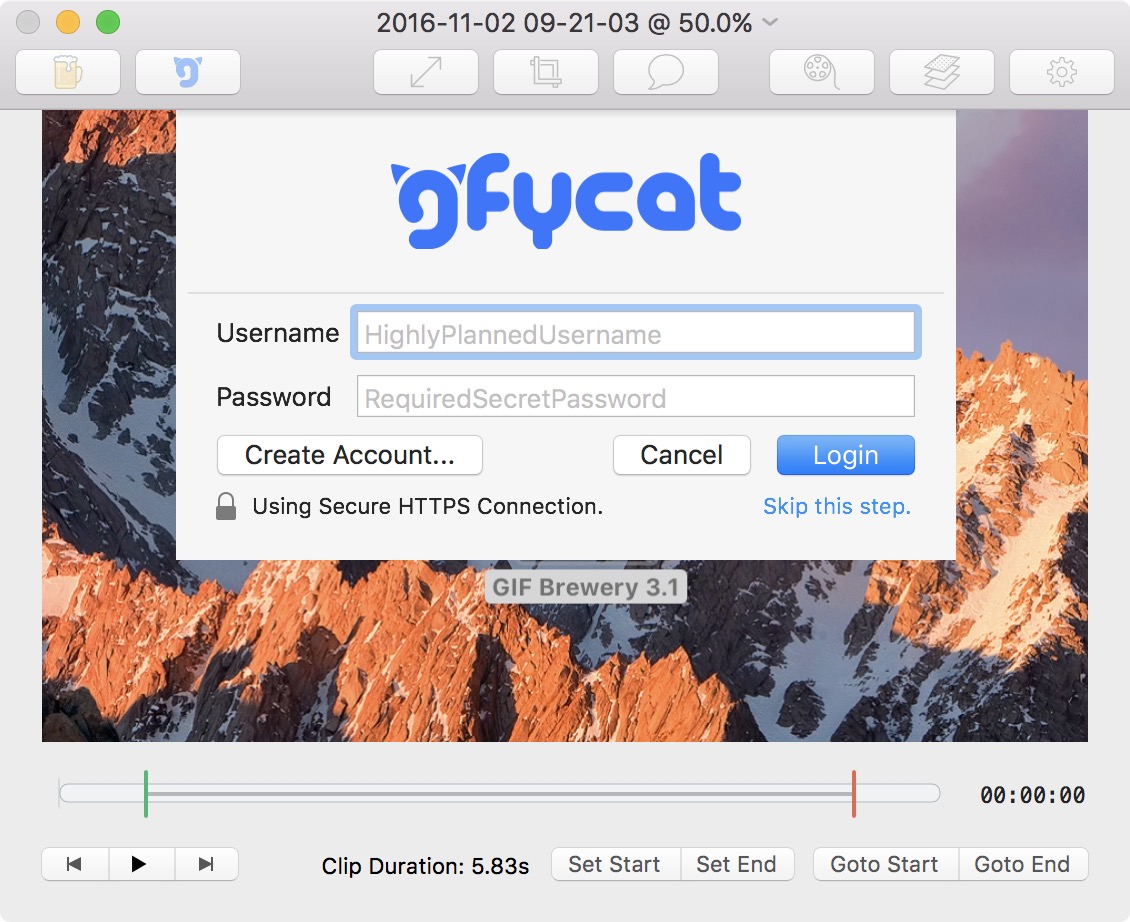 GIF Brewery 3.1 makes it extremely easy to create GIFs. Tools include a refined and easy-to-use screen capture window, video upload option, and FaceTime camera integration. In other words, you can create GIFs from your Mac in mere seconds using a variety of methods, and have them uploaded to Gfycat for sharing just as fast.

The Gfycat integration addresses the key issue with GIF creation in general: how do you share them? GIFs can be small in size, but oftentimes they’re notoriously large and slow down web pages. Gfycat’s infrastructure makes it easy to share even large GIF animations.

Gfycat, which recently announced a third-party API and $10M seed round, continues to grow in popularity — the service has already amassed 75 million active users and will likely continue its upward trajectory with the pending demise of Twitter’s Vine social video sharing platform. There are some tech acquisitions that occasionally leave me scratching my head, but this certainly isn’t one of them. Gfycat + GIF Brewery = no brainer.