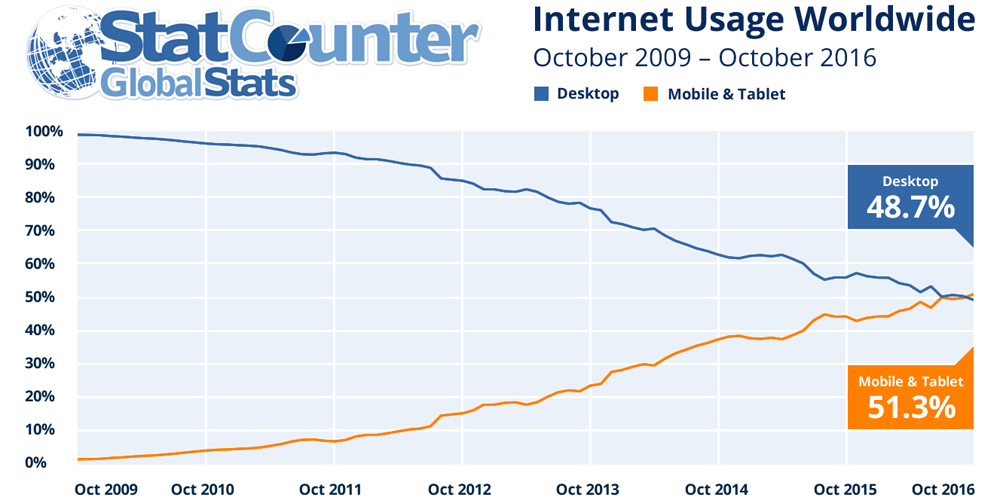 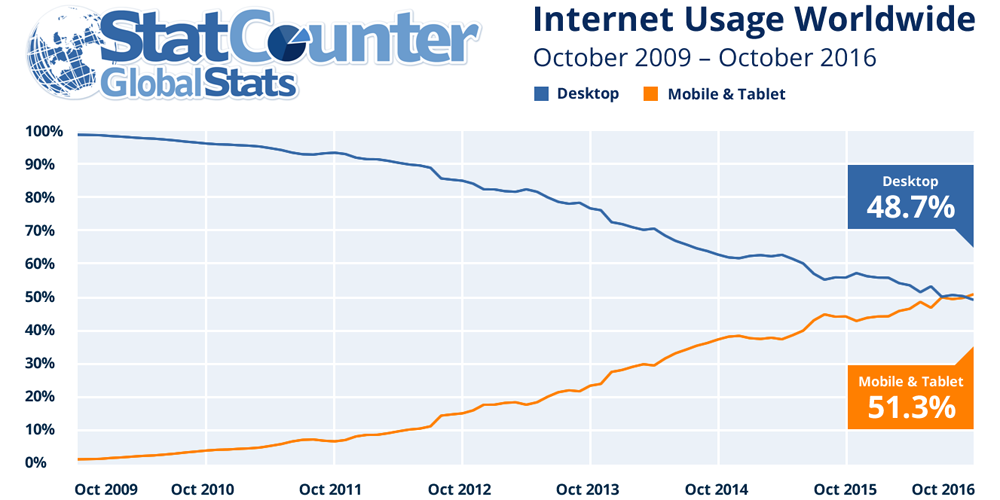 While the day has been coming for a long time, last month was the first time that mobile overtook desktop in total worldwide Internet usage, says analytics company StatCounter.

Smartphones and tablets accounted for 51.3% of all Internet usage, with desktop at 48.7%.

There’s considerable variation between countries, with mobile usage exceeding 75% in emerging markets like India, where smartphones are a popular all-in-one device even for those on lower incomes. In established markets like the US, where computer ownership is far higher, desktop still sits at 58%.

Even in developed markets, though, it’s only a matter of time before mobile takes the lead. Earlier this month, Google announced that it was creating a separate mobile search index, and that it would take precedence over the desktop version.