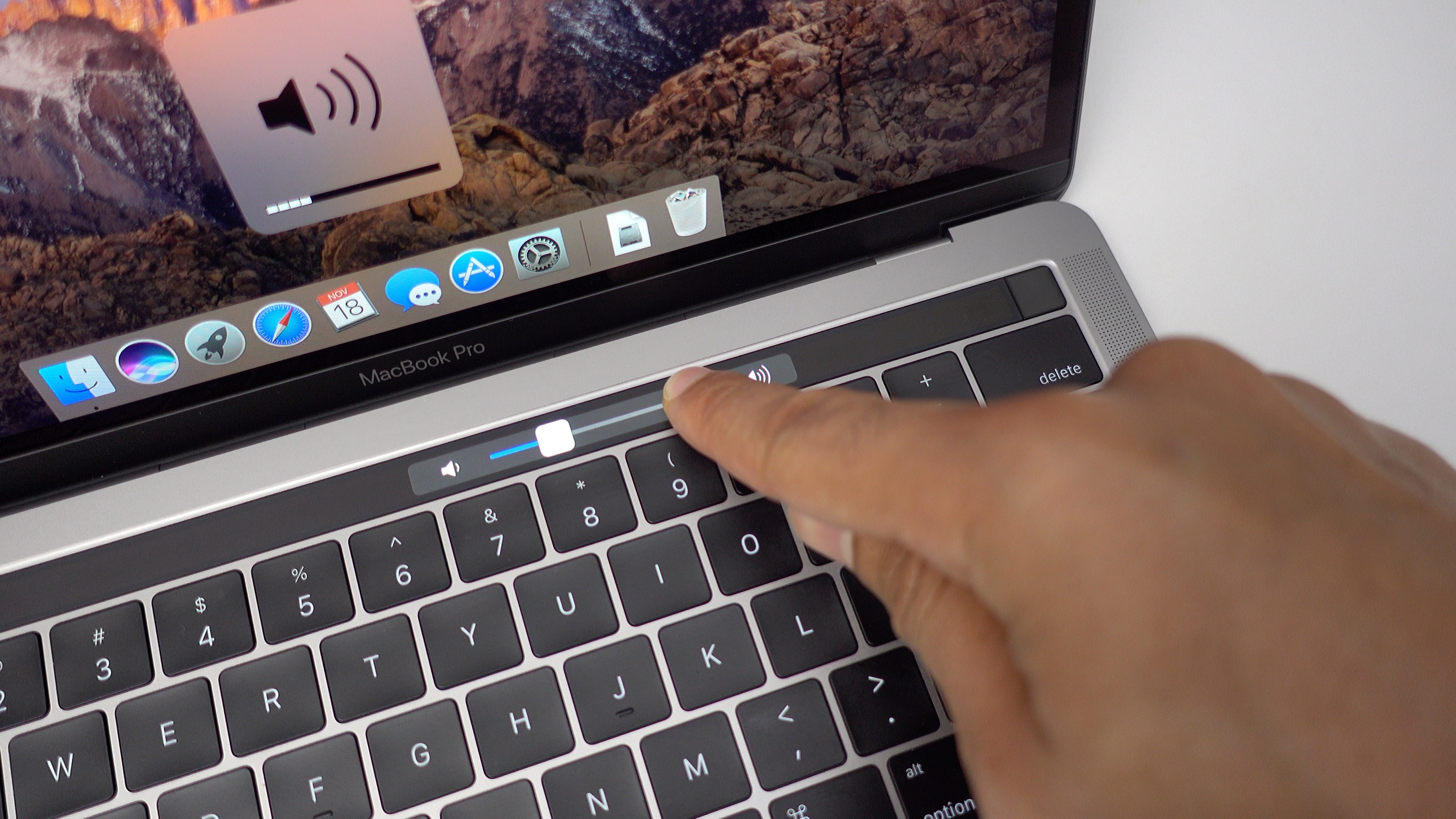 The Touch Bar is the flagship feature for the new MacBook Pro. It’s a small touch surface that offers dynamically changing content based on the current app you’re using.

The Touch bar is simple to use, but it’s somewhat deeper than it may appear at first. In this walkthrough video, we’ll discuss 15 tips and tricks for the new MacBook Pro Touch Bar to help you get started.

How to show function keys

To show the traditional F1, F2, etc. keys, simply hold the Function (fn) key in the bottom left-hand corner of the keyboard to reveal them. These keys can be revealed within any app at any time.

How to always show function keys for specific apps

You can quickly show the normal function keys by pressing and holding the Function (fn) key on the keyboard. But what if there’s an app that requires you to use standard function keys often?

All you need to do is go to System Preferences → Keyboard → Shortcuts, select Function Keys, and click the ‘+’ sign to add an app of your choice.

With this setting enabled for a specific app, function keys will be displayed by default while using that app. If you press and hold the Function key while using this app, the expanded Control Strip options on the Touch Bar will be revealed.

Instead of tapping the brightness or volume key on the Touch Bar Control Strip, simply tap, hold and drag the slider to the desired level for a quick adjustment in one fell swoop.

How to customize the Touch Bar’s Control Strip 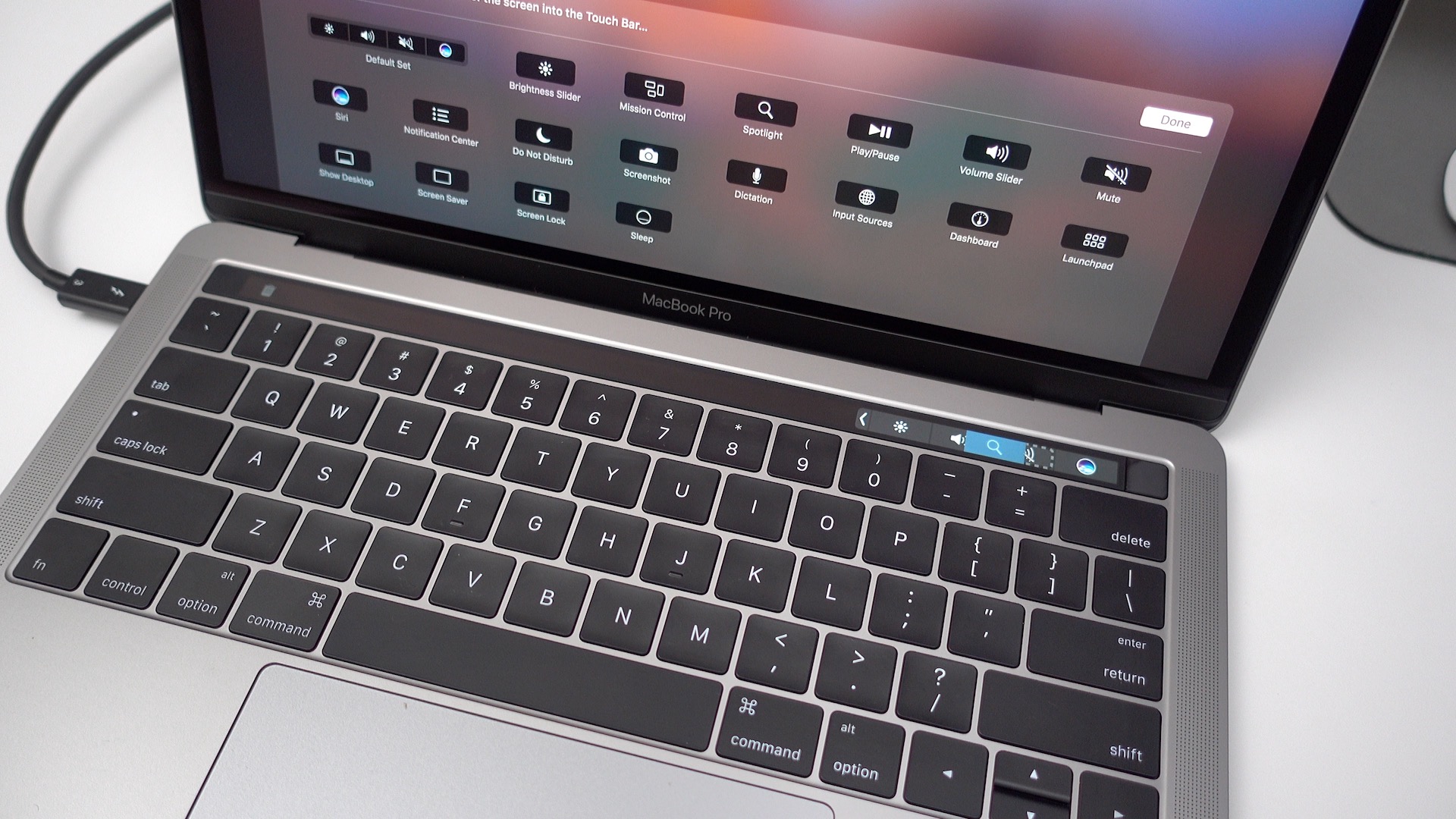 Tap the chevron button to the left of the Control Strip to access an expanded list of system functions and controls.

If you tap the chevron button while in the middle of customizing the Control Strip, you’ll gain access to more system functions and controls, allowing you to customize the full expanded Control Strip.

If a Touch Bar-enabled app supports customization, you can go to View → Customize Touch Bar while using the app to configure its key layout in the Touch Bar. 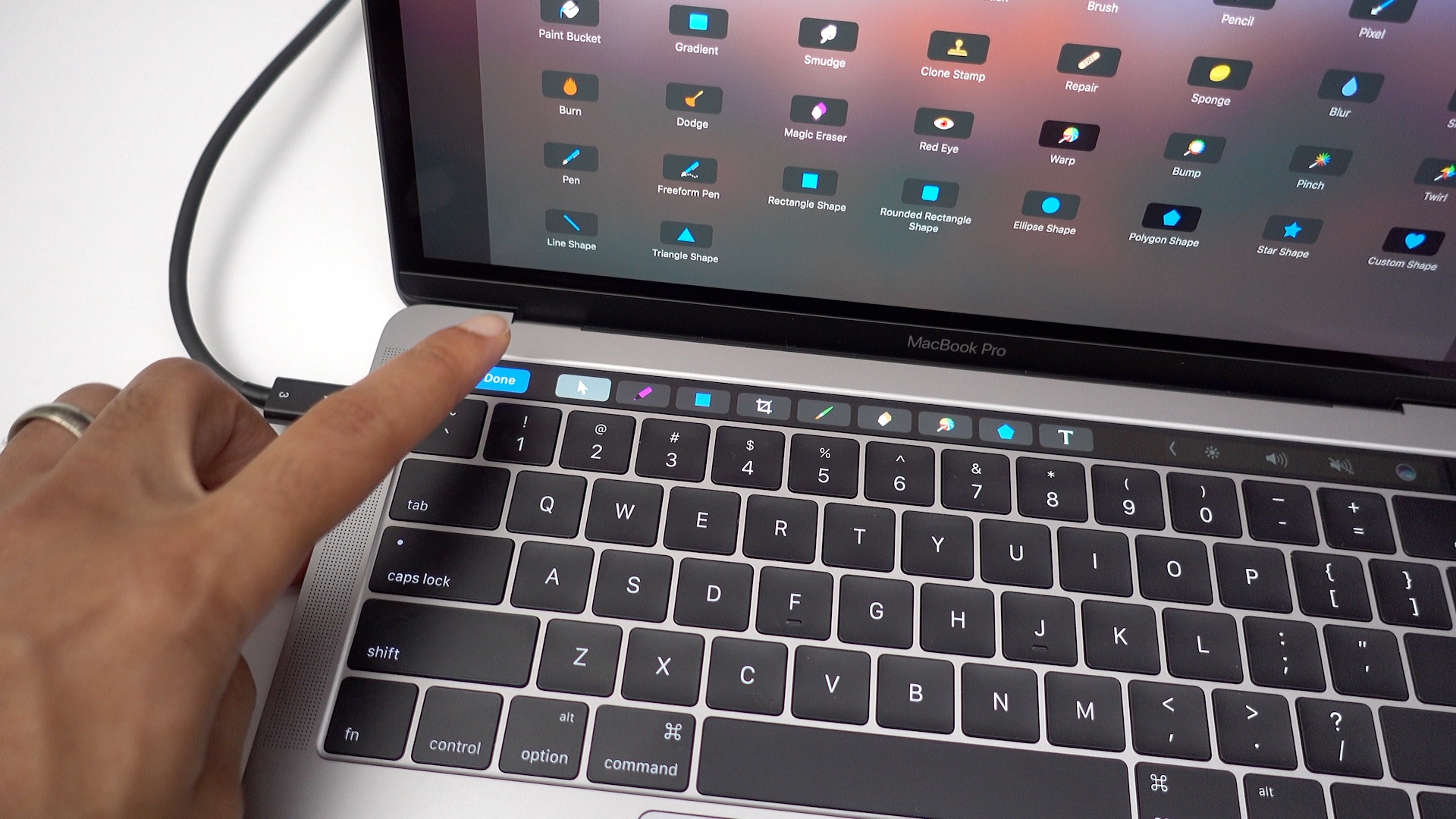 How to customize the Control Strip while editing an app region

While editing an app’s Control Bar settings, you can quickly switch to editing the Control Strip just by giving it a tap.

The escape key is located in the upper left-hand corner of the Control Bar, but it doesn’t align perfectly with the hardware keyboard keys directly below it. But if you’re a touch typist, your Escape key presses will still register, even if your finger doesn’t fully make contact with the key. 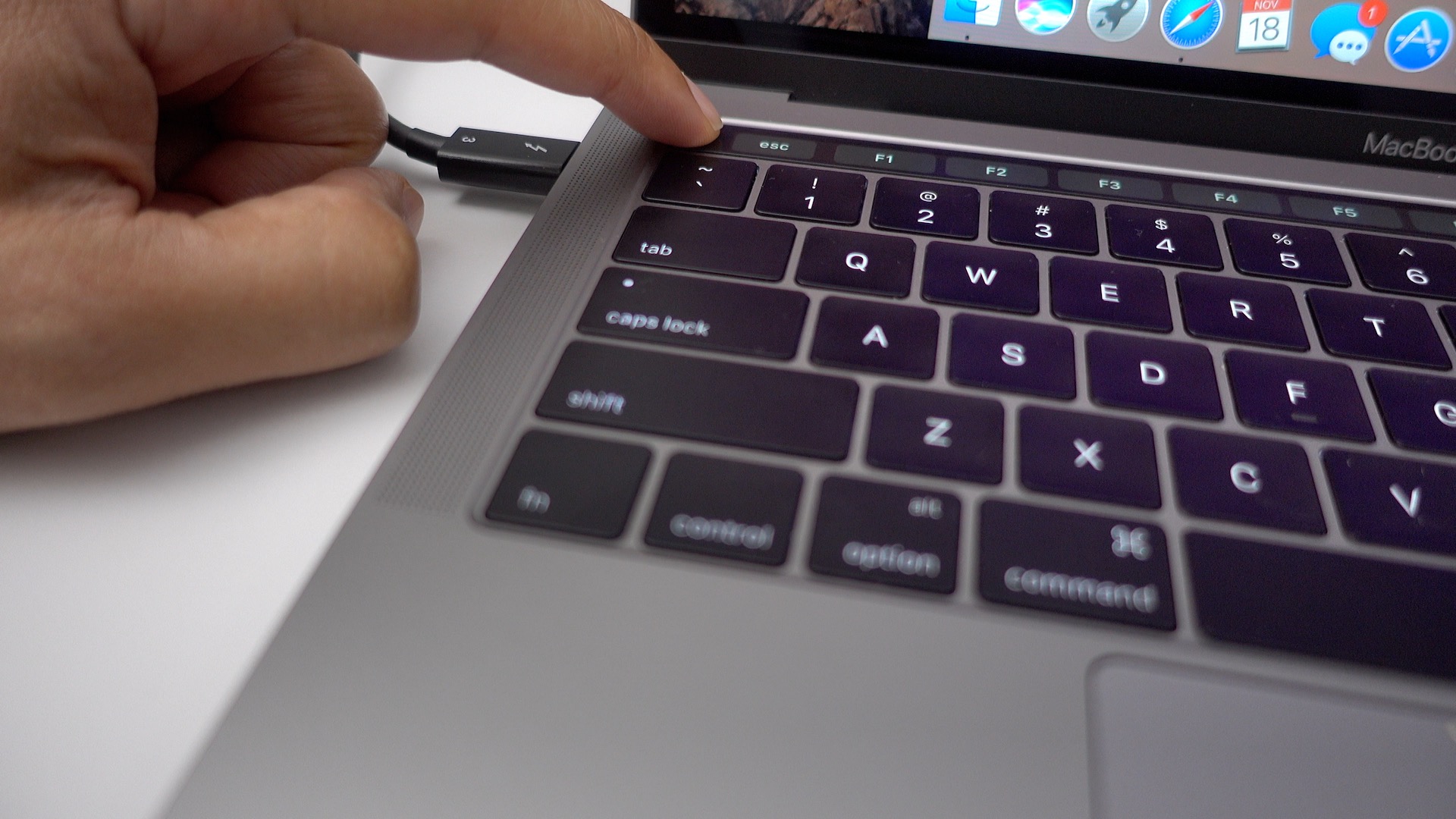 macOS allows you to interface with both the trackpad and the Touch Bar simultaneously. This means that you can do things like move a shape in Pixelmator while, at the same time, changing its color or the size of its border.

Take screenshots of the Touch Bar

Zac provided us with an excellent how-to that shows how to create Touch Bar screenshots. To use this functionality, you’ll need to run macOS 10.12.2 Beta 3 or later. It’s now available for public beta testers.

When invoking Siri via the Touch Bar, you can touch and hold the Siri key to make it listen to your commands for the duration of your touch.

When playing media on your MacBook Pro, you’ll notice a persistent media scrubber in the Touch Bar. This scrubber is present when playing music via iTunes, Safari videos, QuickTime videos, etc. You can even use it to scrub through YouTube videos while watching via Safari.

What makes the scrubber nice is that it is always available when eligible media is playing, even if that media isn’t a part of the top-most window. No matter where you are on your Mac, you’ll see a handy media key on the left side of the Control Strip in the Touch Bar area. Simply tap that key to reveal media controls. 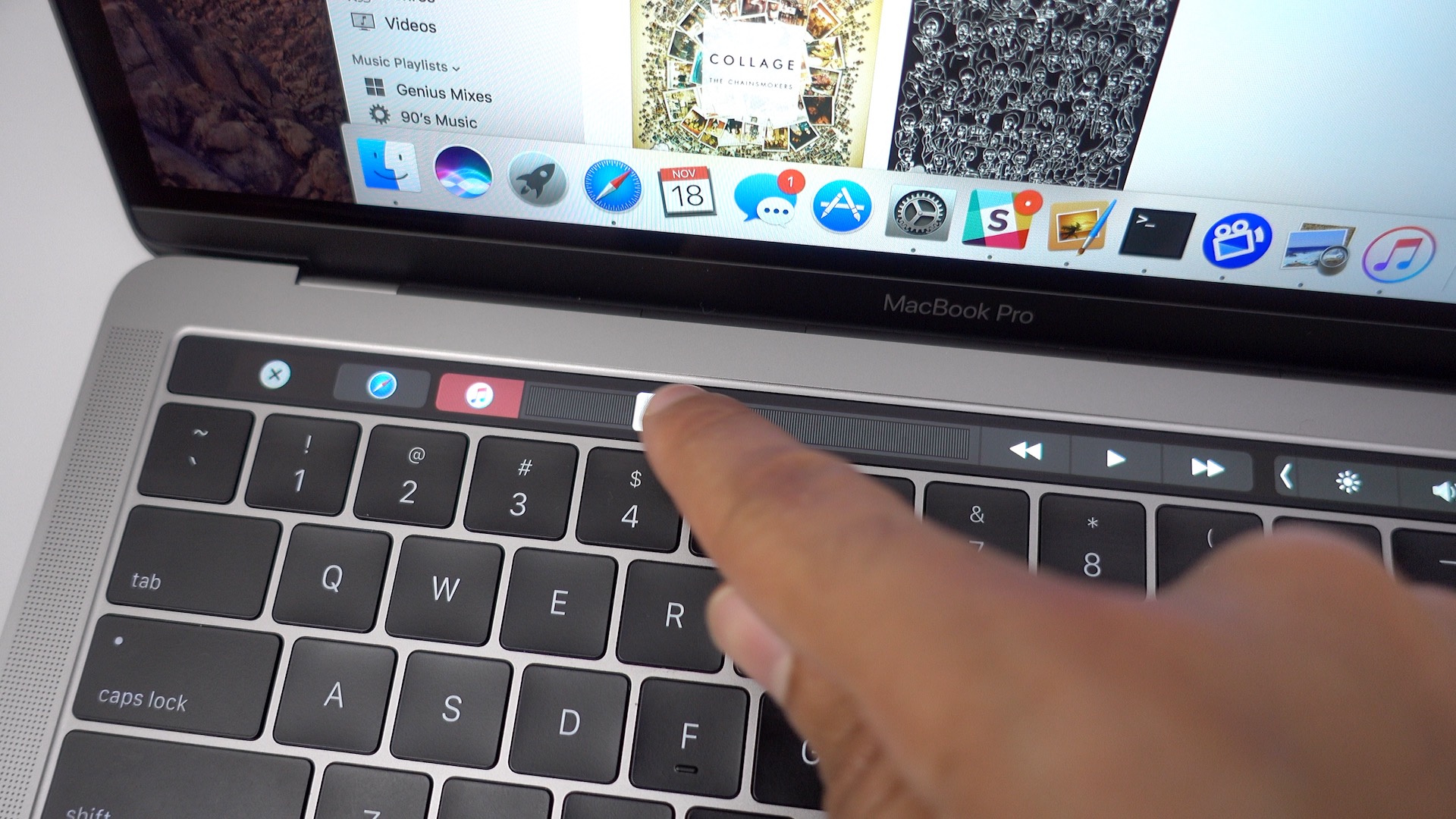 When used with Windows, the Touch Bar will display basic controls for things like keyboard brightness, screen brightness and volume. You also get access to the Escape key and pressing and holding the physical Function (fn) key will reveal a set of 12 function keys. You won’t of course, gain any of the other dynamic benefits that the Touch Bar is known for in macOS.

Have you been able to go hands-on with a Touch Bar-enabled MacBook Pro? If so, please share your thoughts on the experience. Be sure to watch my full video review where I share my opinions on Apple’s new MacBook Pro input method.

And if you have any tips or tricks that we didn’t cover in this walkthrough, please feel free to share them in the comments section below.