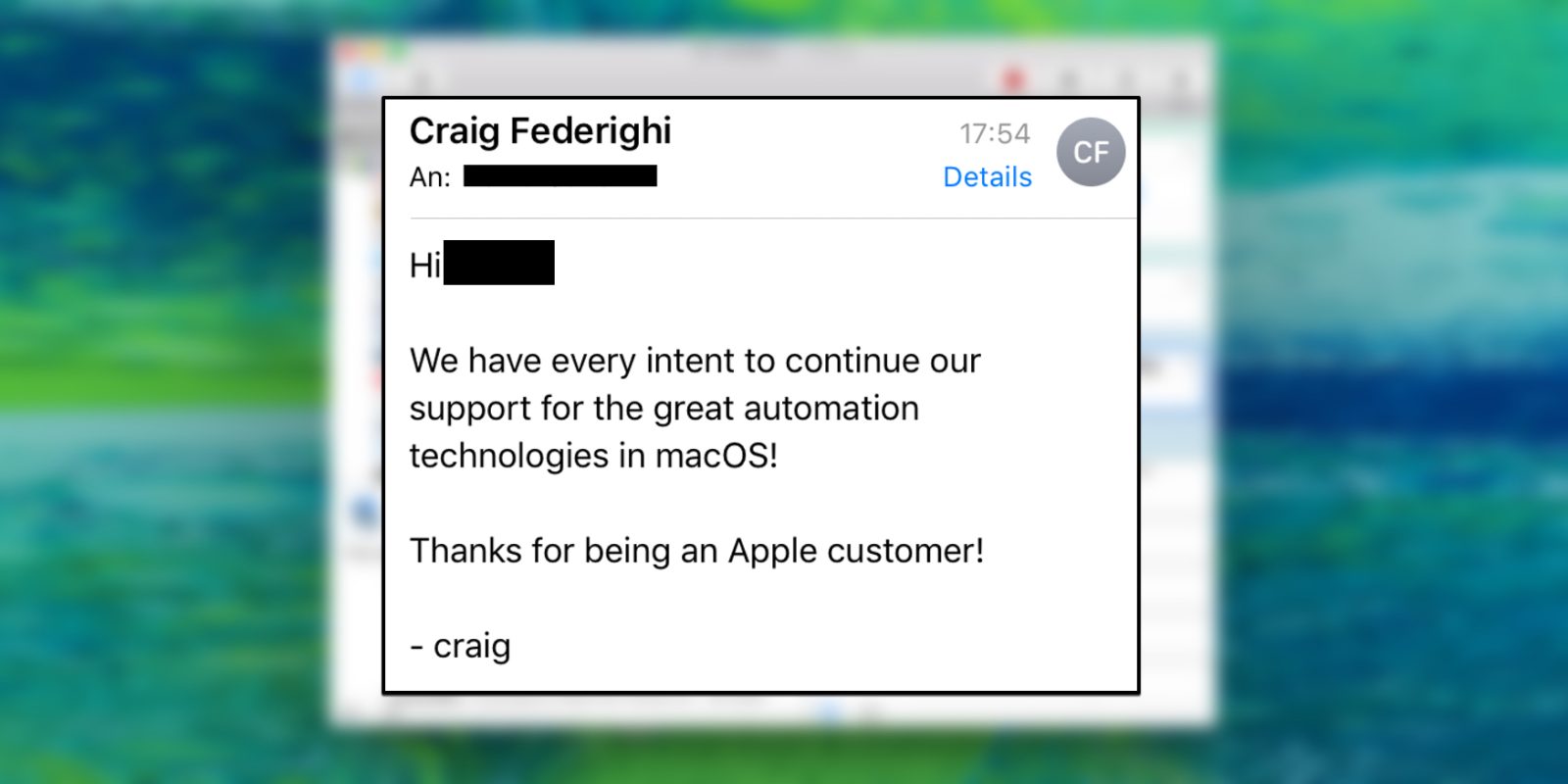 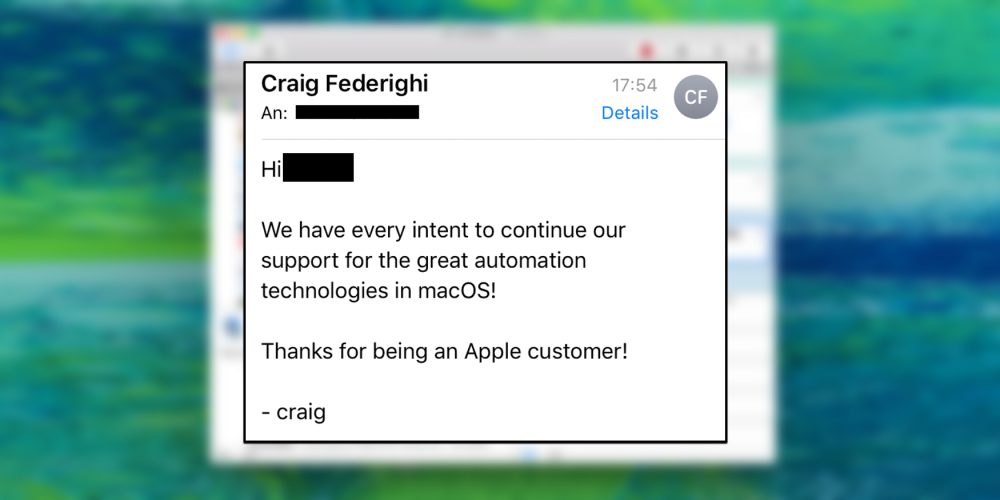 Fans of macOS automation features like Automator and AppleScript feared the worst this week as it transpired that head of the automation technologies division, Sal Soghoian, had left the company and the whole unit inside Apple had been closed down. This fuelled speculation that Apple was abandoning a core power feature of the pro Mac user’s wheelhouse.

A 9to5Mac reader (who asked to remain anonymous) emailed Apple software exec Craig Federighi about the future of automation on the Mac. Federighi responded with a definitive reply that Apple “has every intent” to continue supporting automation on macOS.  See the full email after the jump …

Automation encapsulates a lot of Mac features that allow users to make a script, in code using AppleScript or a GUI with Automator, to let the operating system handle repetitive tasks and time-consuming work.

Automator has been bundled with every Mac in the /Applications folder since OS X 10.4 Tiger and remains fully functional to date … although the app has received very few updates in recent years. The concept of Automation doesn’t really exist on iOS although third-party apps like Workflow have replicated much of the functionality.

Craig Federighi’s reply says that Apple will at least continue supporting the automation workflows for the foreseeable future, although it doesn’t necessarily promise the systems will receive any new major features.

The 9to5Mac reader sent an email asking the Apple SVP not to kill AppleScript and Automator after hearing the news about the dissolution of the automation manager. Here’s what Craig said to our reader in an email response, essentially denying the possibility that they were going away as many had speculated.

We have every intent to continue our support for the great automation technologies in macOS!

Thanks for being an Apple customer!

9to5Mac has verified the message headers for their authenticity. This should allay the community concern in part that Sal Soghoian’s ousting is a sign of bad news for the automation features in macOS. Perhaps, Apple is simply re-organizing the Mac software team and a named leader of automation technologies wasn’t necessary.

Soghoian’s departure may also signal that Automator et all are now in ‘maintenance mode’, where the products continue to be supported but don’t have a new features roadmap for future macOS versions. However, that isn’t really a change from the status quo of the last few years …