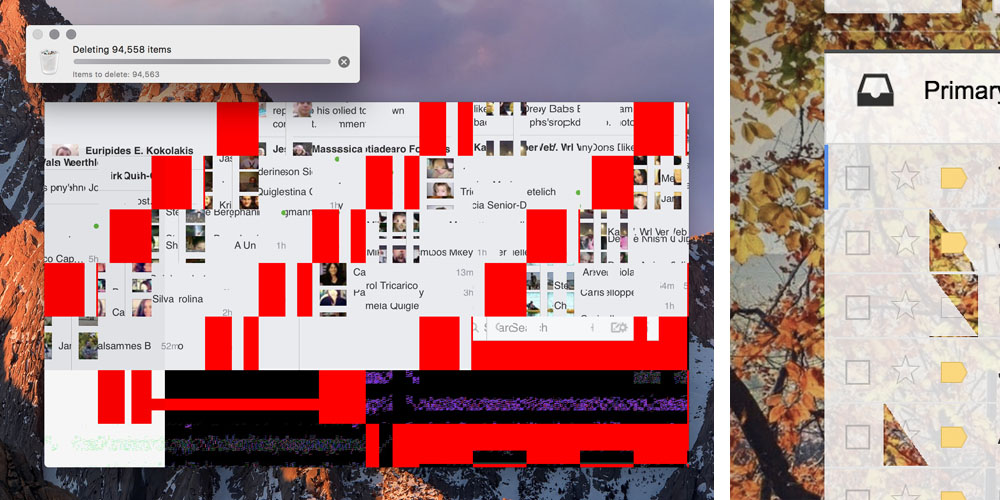 If there’s anything more annoying than waiting impatiently for your new MacBook Pro to arrive, it’s finding that it isn’t working properly when you receive it. This is the experience being reported by a number of early recipients of the latest machines.

9to5Mac‘s Jordan started noticing some ‘tearing’ on his machine, where the desktop background starting showing through foreground windows across all apps. Others are reporting a variety of different issues, ranging from random red or black bars to unrecoverable crashes …

It’s too early as of yet to tell the scale of the issue, or whether there are any meaningful patterns to them. It could just be the usual tiny number of random hardware failures you’re going to get in any large sampling of any tech product, though driver issues have been suggested as another possibility. Issues are being reported both with integrated and discrete GPUs on the 15-inch MacBook Pro.

A couple of commonalities do seem to be showing up. Several users are reporting problems when using Adobe software like Premiere Pro – specifically Adobe Media Encoder.

When I used the Adobe Media Encoder the graphics card freaked out and computer crashed.

Mine is doing the exact same thing in Adobe Premier.

Same thing happened to me. Change the render engine to metal or software only. I’ve been working with adobe but no fix yet.

Others are experiencing problems when using Apple’s own Photos app, with more than one affected user reporting com.apple.photos.ImageConversionService showing up in kernal panic logs.

I was letting Photos do its thing syncing 13k images, and all of a sudden the whole system locked up and was flashing violently with red/green hues and a sort of checkerboard pattern.

Do you have iCloud Photo Library activated? For me the panics occur when the upload process runs and “ImageConversionService” maxes out the GPU.

All the .gpurestart and kernel panic logs in Console point to an interaction between “com.apple.photos.ImageConversionService” and the discrete video card.

You can see a video of one of the more serious problems below (running Premiere Pro).

If you have a 2016 MacBook Pro, please take our poll whether or not you’re experiencing GPU issues so that we can attempt to get a picture of the proportion of machines affected.