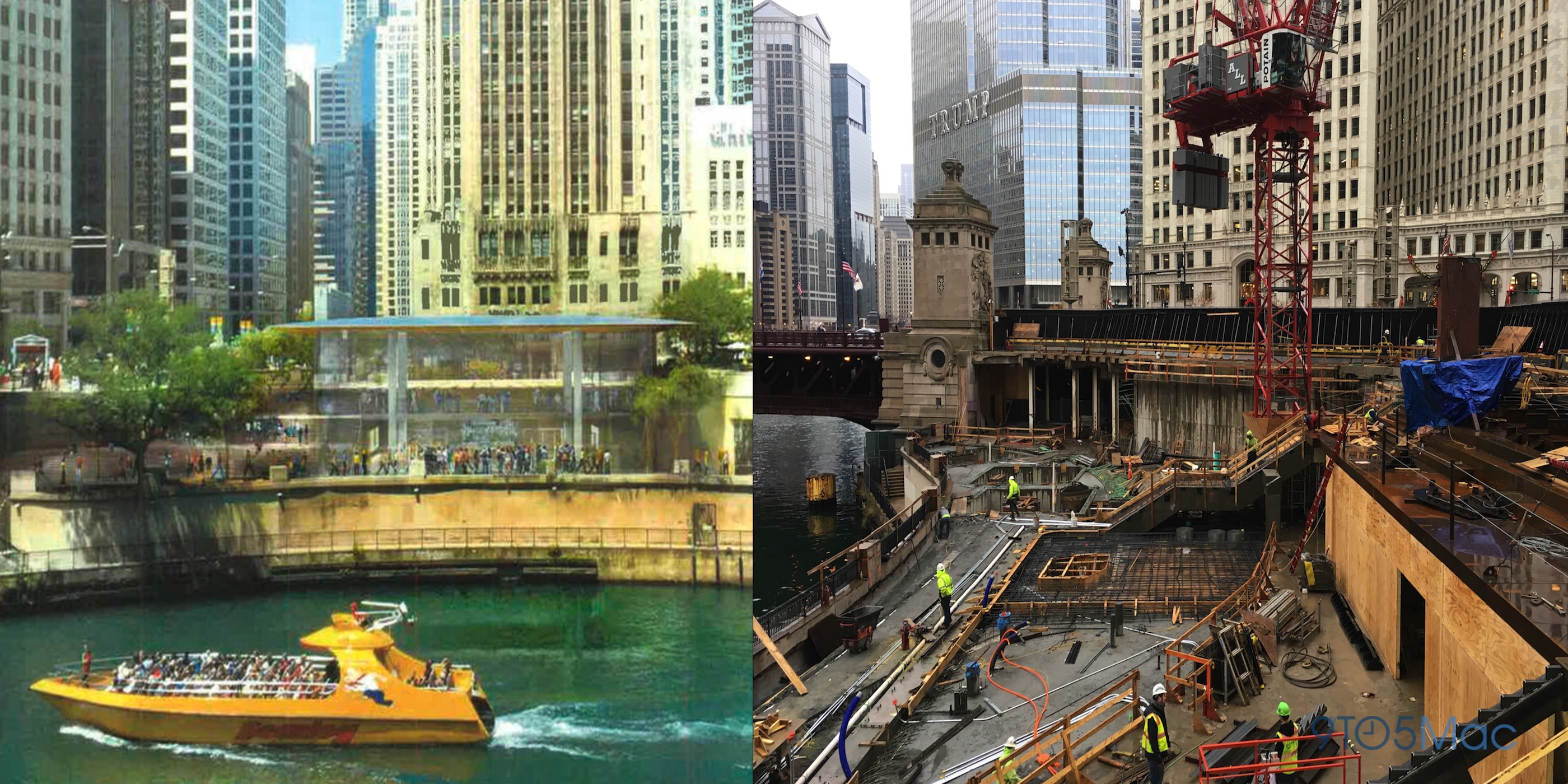 Back in November of last year, Apple confirmed plans to build a new stunning waterfront flagship retail store on the Chicago River. At the time a few renders of Apple’s plans for the location were floating around courtesy of architect Foster + Partners, which Apple has worked with on several projects including the design of the company’s Spaceship campus, as well as the redesign for London’s Regent Street store. But Apple has rapidly made progress on demolition of the existing site and construction on the new store in recent weeks, as evidenced by these photos sent in by a reader (Thanks Tim King!).

The new approximately 20,000 sq ft. store will replace a vacant food court located at a 401 N. Michigan Ave. office building and overlook the Chicago River with some public outdoor space surrounding the structure.

This is what the site looked like right before Apple began demolition back in May: 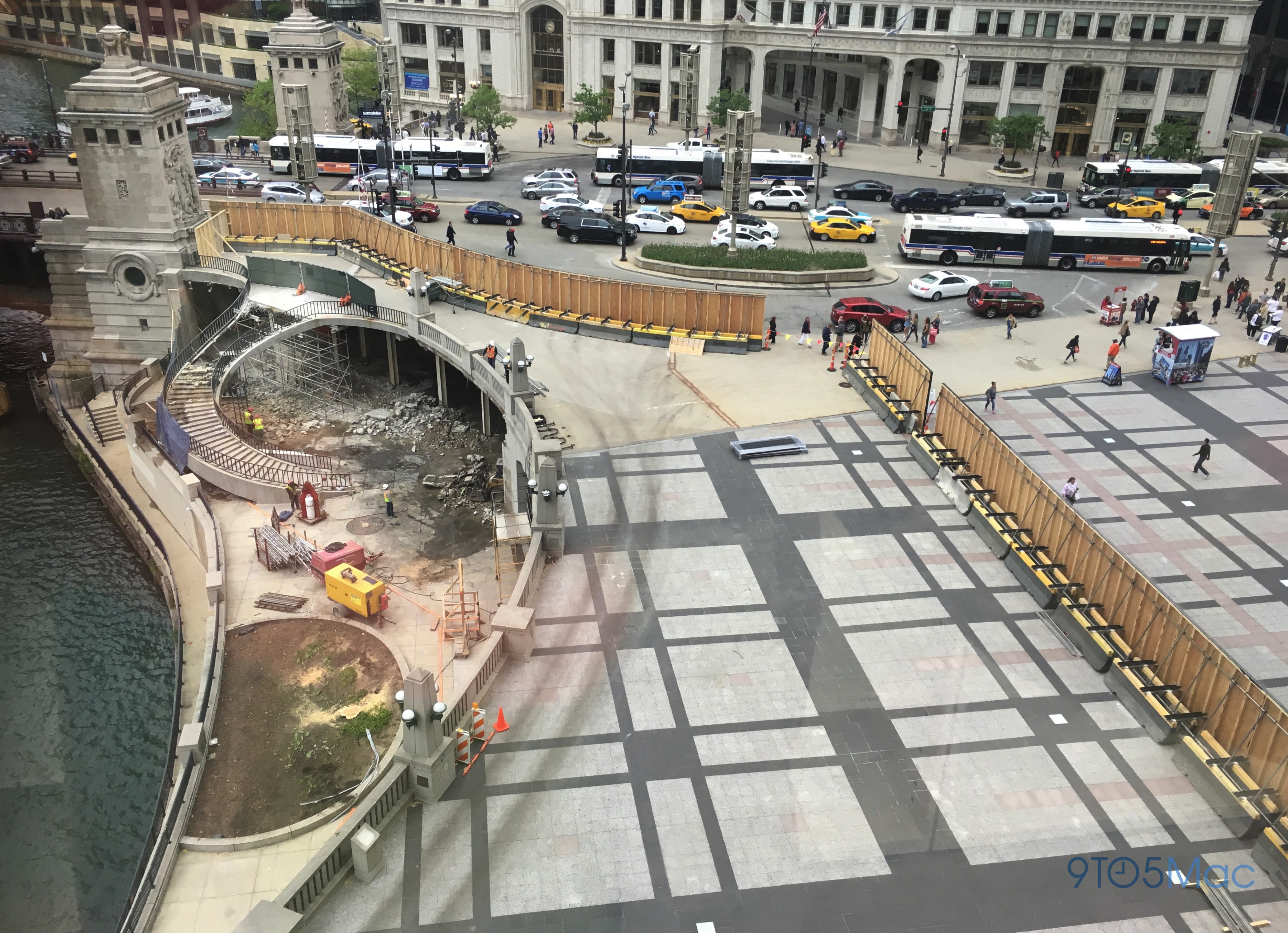 But Apple quickly demolished everything, including the old spiral staircase: 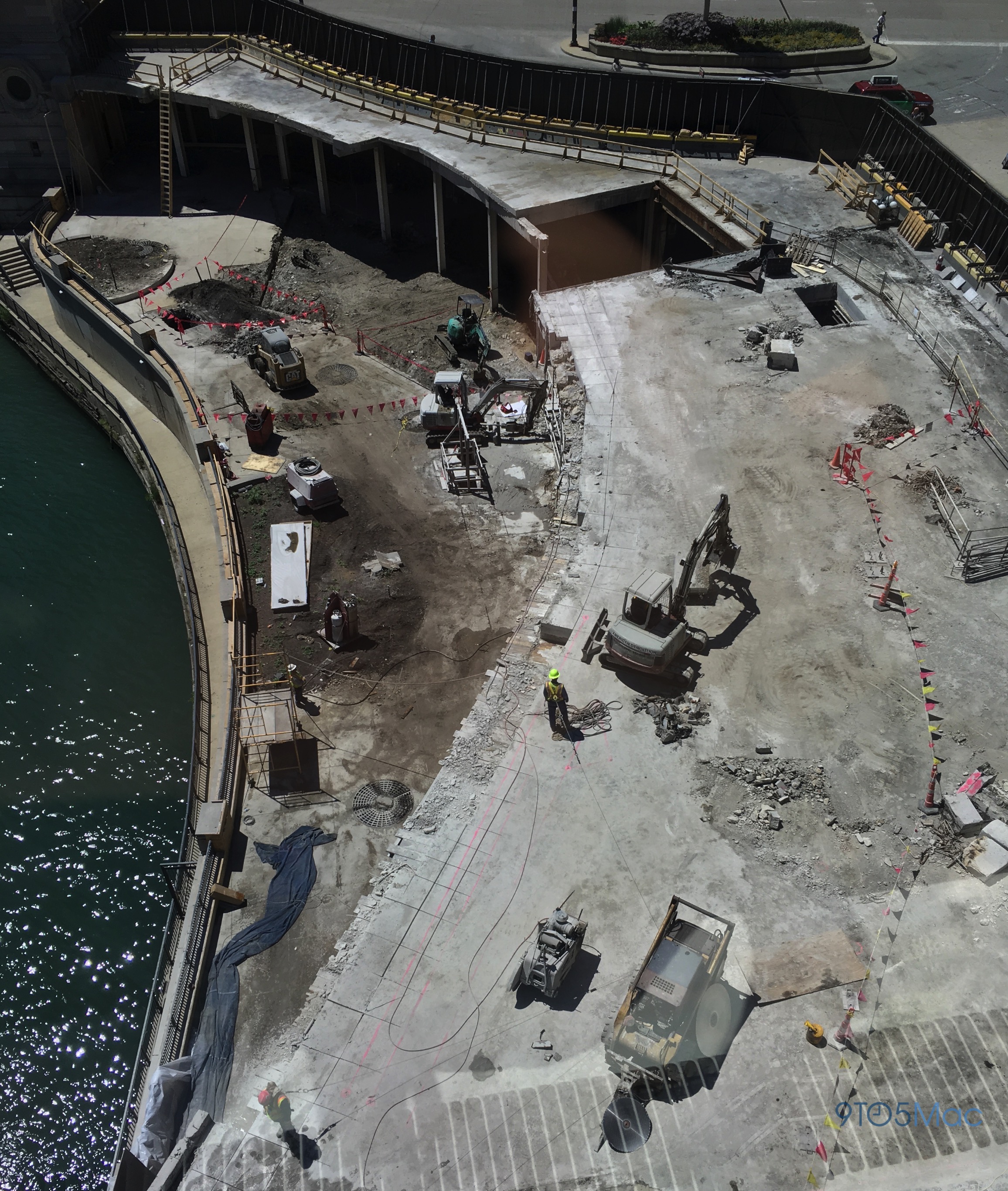 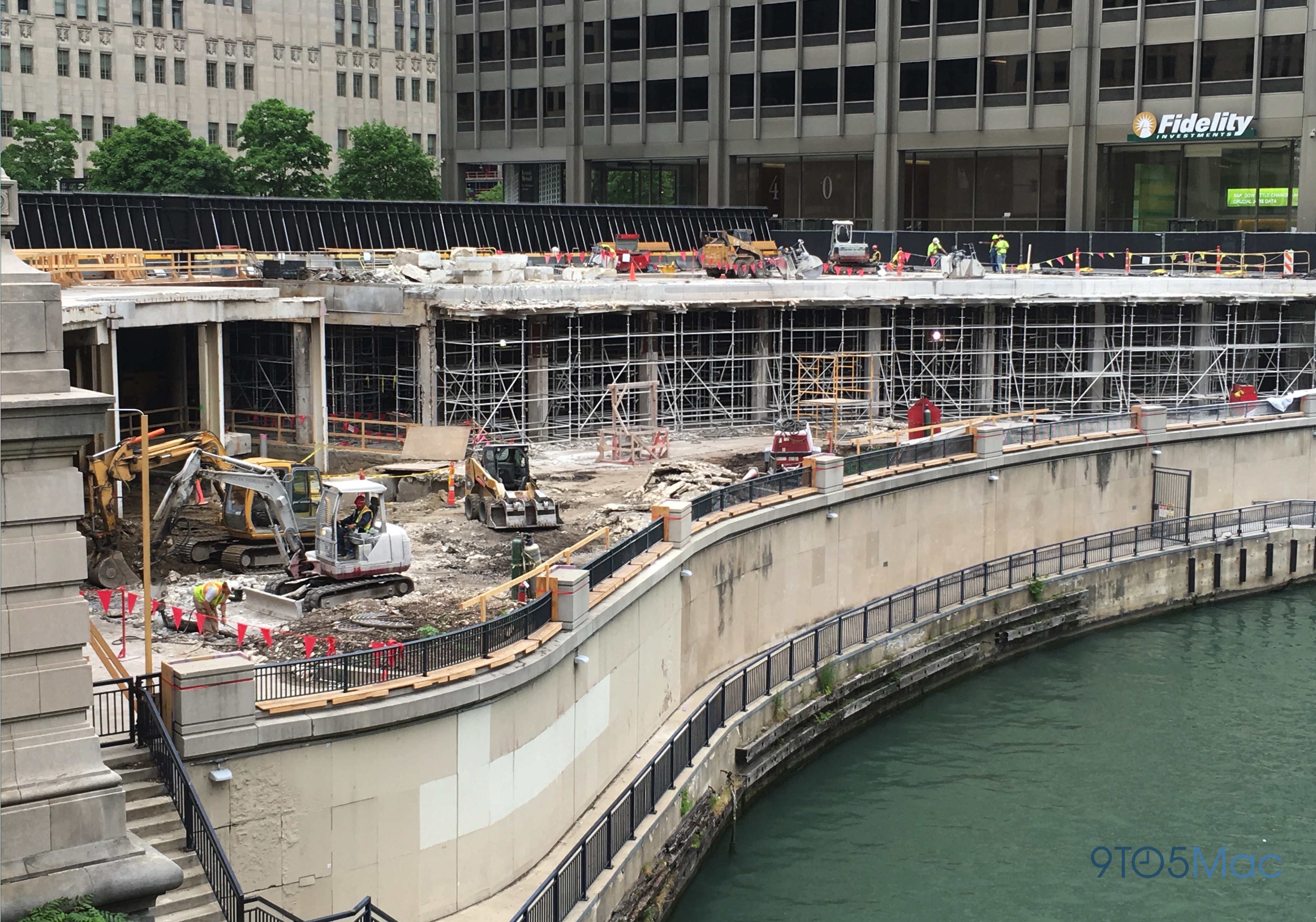 Not long after, Apple quickly started framing out the store and you can already see the shape of the building and grand staircases that you’ll recognize from Apple’s renders: 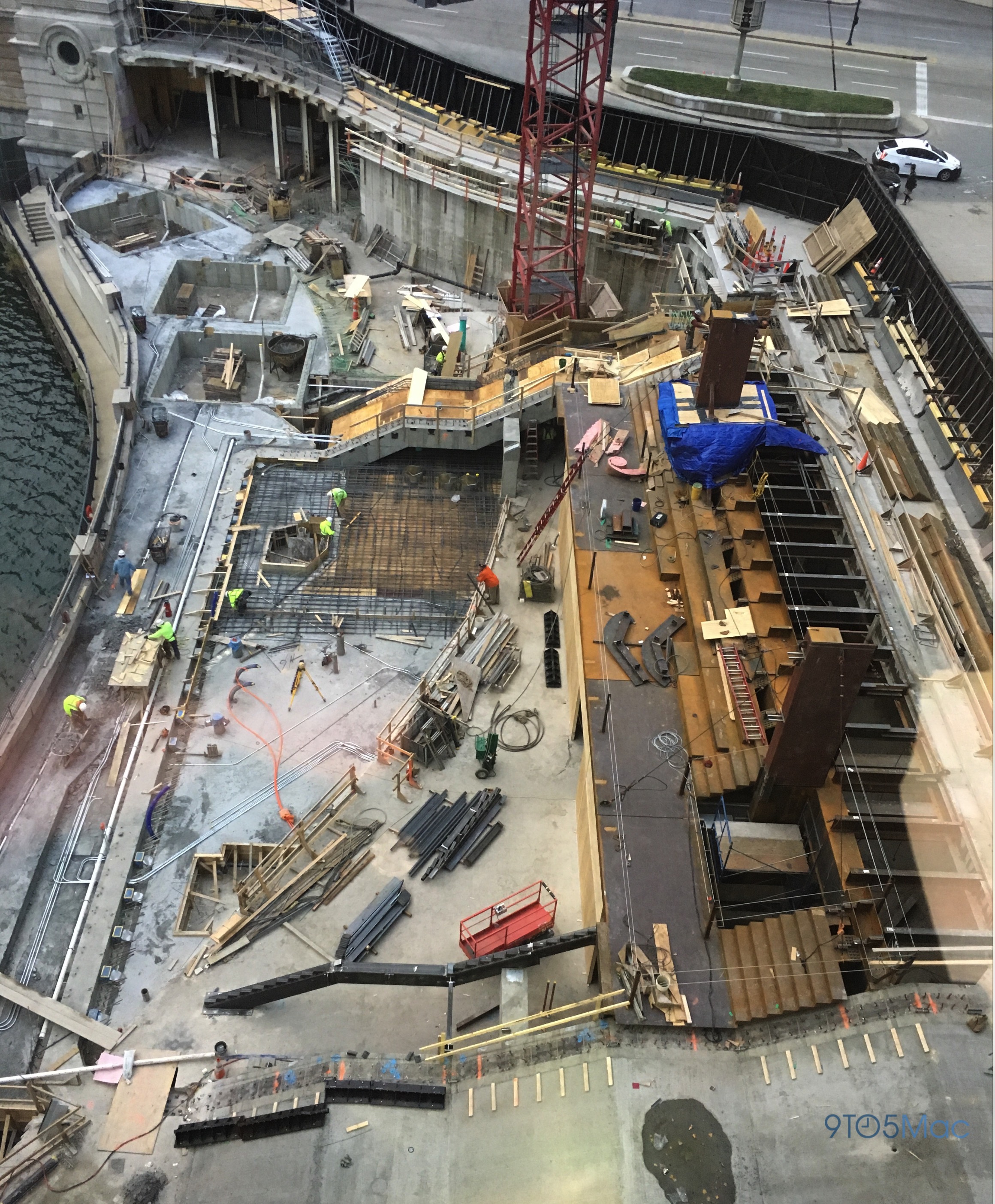 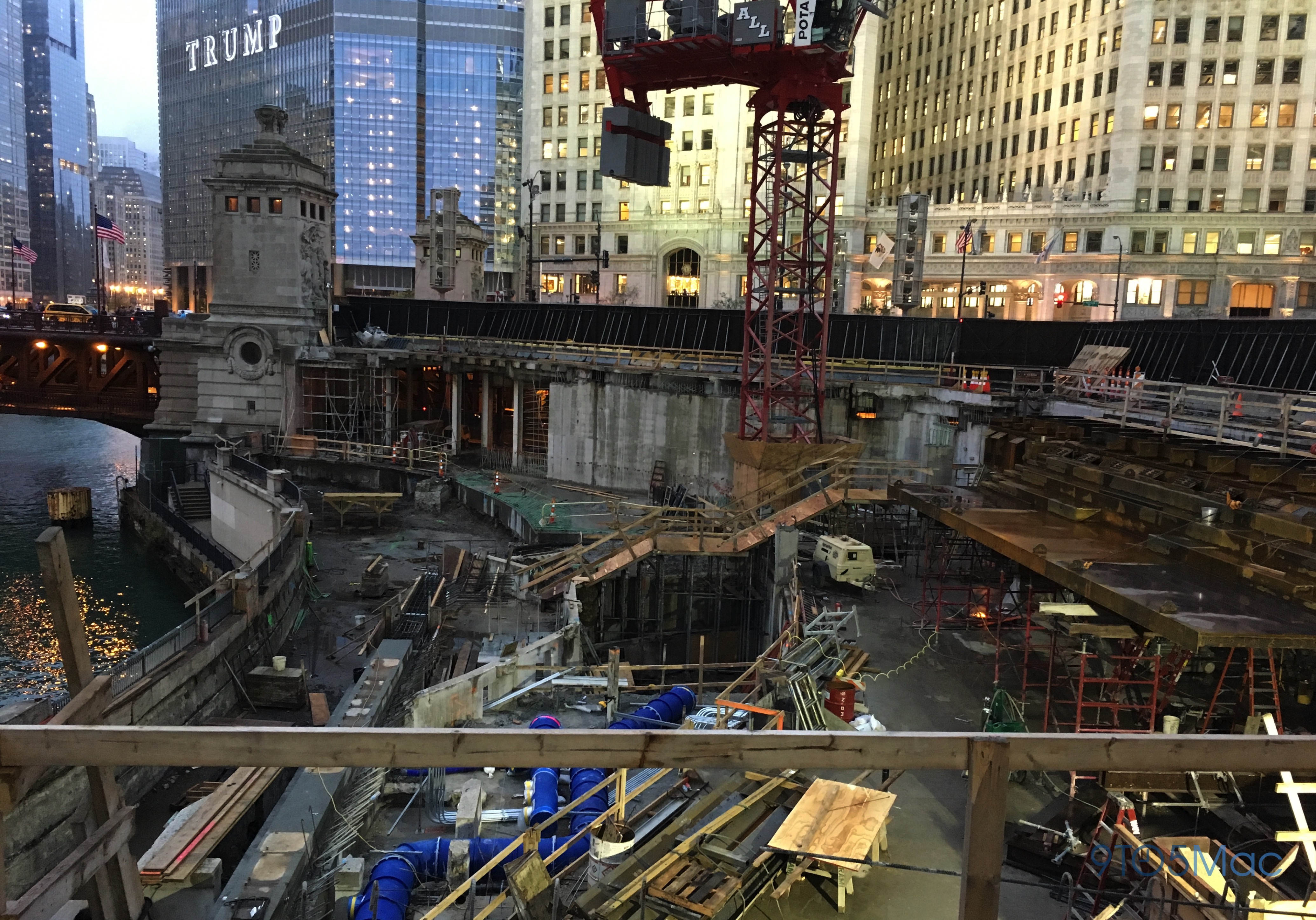 Here’s a view looking out from inside the store: 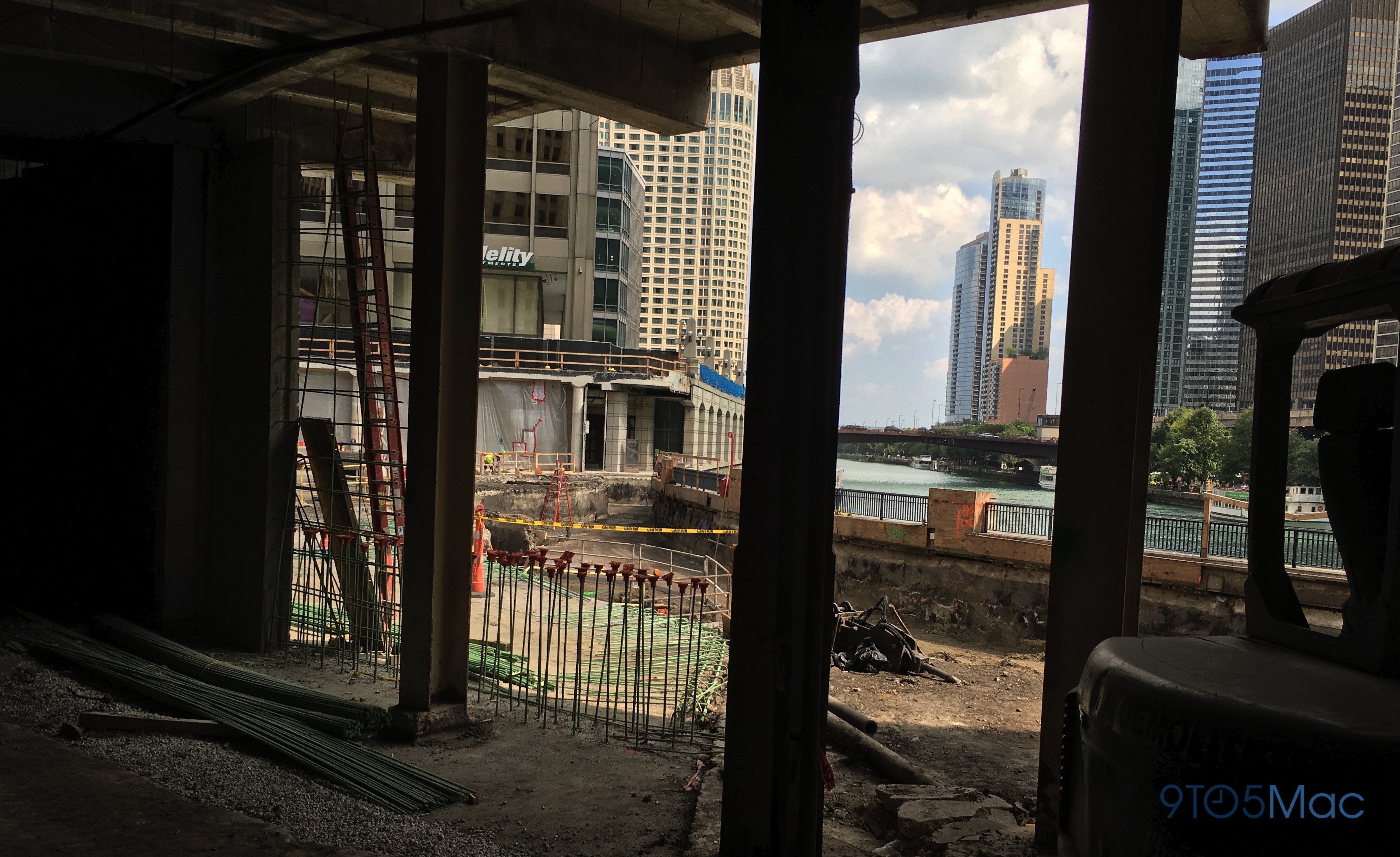 Here’s the current state of the site: 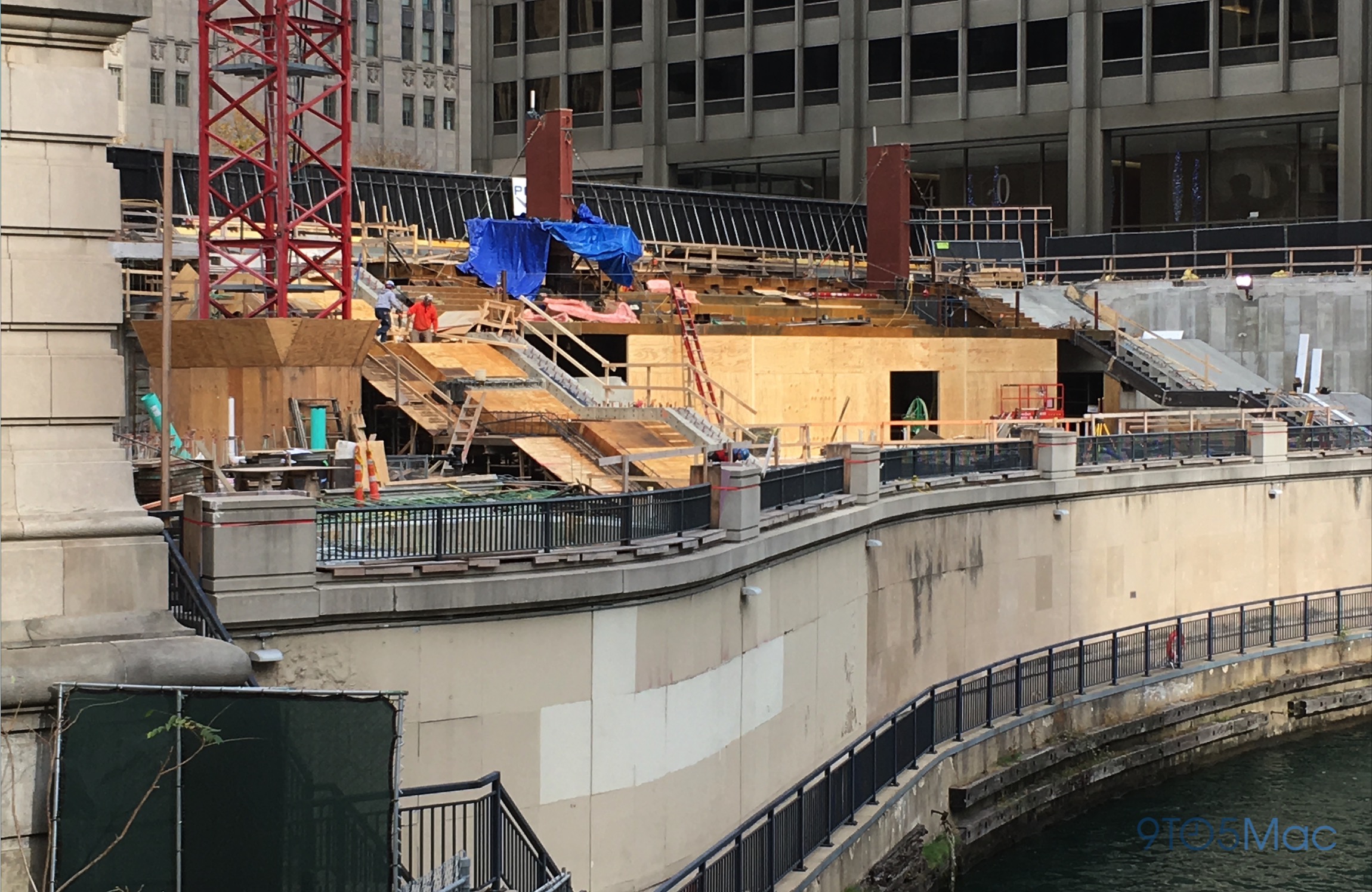 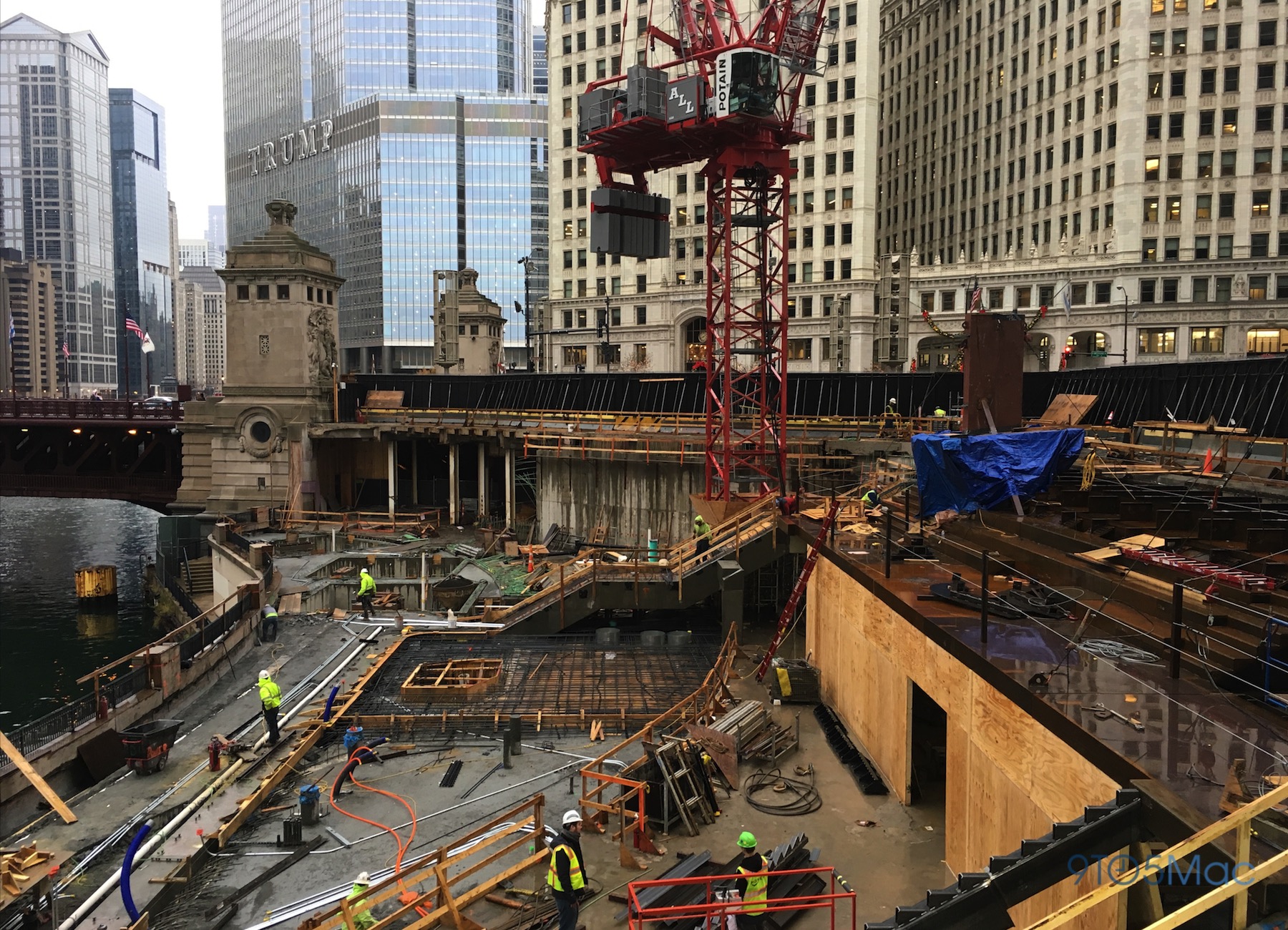 And this is what Apple plans for the finished building to look like according to its original renders:

It’s unclear when Apple plans to wrap up construction on the building as the winter season approaches, but it’s possible the outdoor area could be ready to go in time for the spring.