Following MLB deal, Apple said to be close to NHL partnership for iPads on team benches 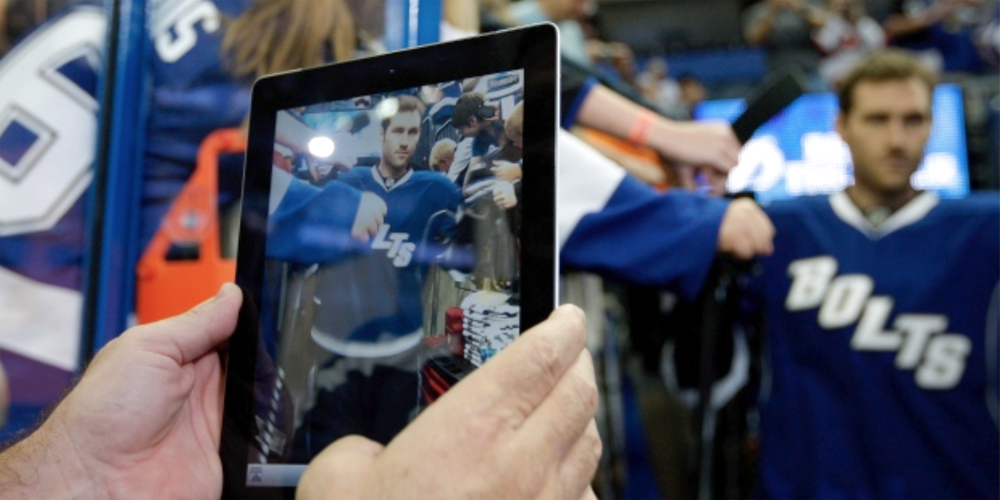 Sports side TSN is reporting that Apple is close to reaching agreement with the National Hockey League for all teams to use iPads rather than Microsoft’s Surface tablets. This follows a multi-year deal agreed with Major League Baseball earlier this year.

The National Hockey League has informed teams that it is in late-stage negotiations to strike a partnership with Apple that could see the company’s iPads and other technology become commonplace on team benches.

The NHL had been in extended talks with both Microsoft and Apple over whose tablets would be used by teams, but an NHL source suggested that it is now almost certain that the iPad will be chosen …

“It’s possible it could collapse, but it’s pretty far down the path for that to happen,” the source said.

Negotiations apparently continued for ‘several years,’ with financial support the likely sticking point. The NHL wanted to emulate deals struck by the National Football League, which was able to persuade tech companies like Motorola and Bose to pay millions of dollars for teams to be seen using their kit.

The NHL had sought at least $5 million per year from Apple, a source said, but the technology company has a long-standing resistance to paying for sponsorships.

Reading between the lines, it seems that Apple may have agreed to supply the iPads for free but not to pay for the privilege, the deal being described as ‘more a major partnership than a sponsorship.’ While some teams already use iPads, the partnership would make these available to all teams.

The NHL is said to be engaged in a major push to extend its use of technology, with Apple Pay introduced at the Tampa Bay arena last season.