Ten years on, the people behind the famous ‘Get a Mac’ ad campaign reminisce [Videos] 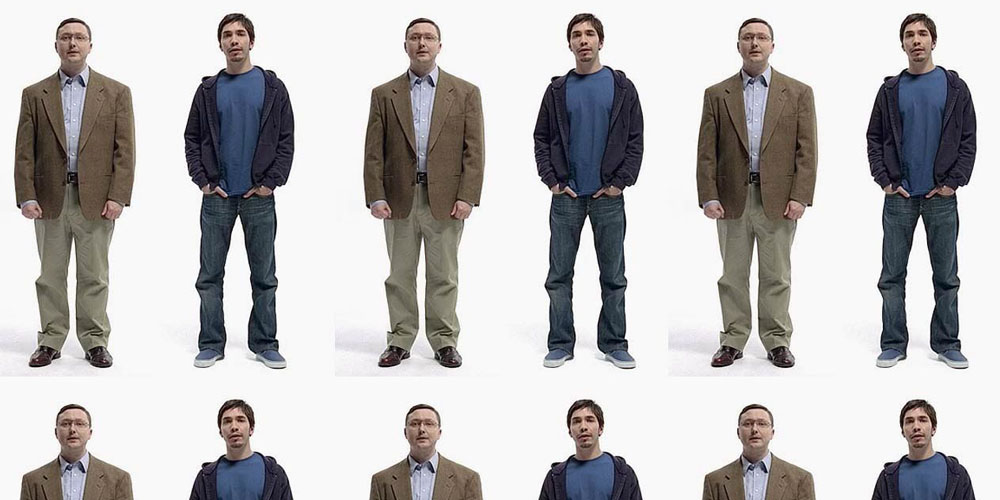 It’s ten years since the launch of the famous ‘Get a Mac’ ad campaign, admired even today as one of the most entertaining and effective series of ads ever produced. The team responsible for it – from creative directors to Mac & PC actors – have been looking back at the series in a two-part feature in ad industry journal Campaign.

The piece describes the campaign as the end result of ‘an excruciating seven-month quest for an idea that Steve Jobs didn’t hate.’ The campaign ended up running for three years, with 66 ads making it to air, though the team actually shot a total of 323 …

Executive creative director Eric Grunbaum said that the brief provided by Steve Jobs wasn’t quite the formal, detailed strategy document they were used to.

The brief was like, “You know what? Mac needs a campaign. We want you guys to come up with something.” It was as simple as that.

Literally for six months we presented 10, 15 ideas [to Jobs] every single week […] Steve demanded perfection. For example, just looking at a reflection on a screen at the 17-second mark, he’d tell the team, “Stop, why didn’t you do better with your lighting?” He was quite punishing if you didn’t do it right.

Ad agency chairman Lee Clow could be the same, added Scott Trattner, but he immediately liked the idea of a Mac and a PC having a conversation.

We pitched it to Lee. He could be tough at times, like “Nope. Nope. Nope.” The one thing I remember when we pitched it was the look on his face. There was this really long pause, and this really great smile. I was like, “Fuck. OK. We might be on to something.”

The team decided that for the actors, they wanted rising talent but not celebrities.

We decided to find talent that was talented but not exposed, because we didn’t want somebody who came with a lot of baggage. We didn’t want to be thinking about their past characters […]

It was Steve Jobs’ idea to bring in Justin Long. He saw him in “Herbie: Fully Loaded” and thought was a star on the rise. I think he said something to the effect of, “the movie stunk, but this actor was pretty good.”

The choice of actor to play the PC was a tricky one, said Trattner.

I was more worried about who was going to play the PC, because we didn’t want to set up a paradigm that made people who had bought that platform for years feel dumb. It was very important that that character was very bright, empowered, charming, lovable.

John Hodgman said that he was already a Mac user when he got the call to audition for the role of PC.

I got a call from my literary agent about auditioning for a new Apple campaign. I’m an Apple user and had been almost my entire life. I convinced my father to buy a Macintosh after I saw that first “1984” ad—in 1984. I was like, “Yeah, absolutely I’ll come in.”

Grunbaum commented on learning how to work with Steve.

When we presented the edits at Marcom, Steve killed a majority of them. Only four survived. We found this emotionally disheartening at first, but soon learned that Steve didn’t care about the “failures” or focus on them. He focused on the ones that were great. We learned that trying a bunch of ideas, falling short on many, and succeeding on a few, would be the way we would get to the three or four winners with each round of this campaign.

But it was Steve’s obsession with detail that meant many of the spots they shot never aired.

They wouldn’t directly reference Steve Jobs in our conversations. They might say, “Oh, he didn’t like that shade of blue on the shirt,” or, “He doesn’t like flowers on a woman’s shirt.” I was led to believe it could be that small a detail that a commercial wouldn’t air […] You’d shoot 20 to get three.

Sperling said that the campaign would never have lasted so long had it not been for Windows Vista.

I think the campaign would have ended probably a year or two years earlier had Vista not been such an absolute shit show. It was like one bad thing after another that just gave us so much fodder […] We beat the shit out of Vista. It just kept messing up, and it was amazing.

That, said Sperling, plus the fact that it spoke very directly to Steve.

I think Steve loved it because he finally had a way to say all these things that were bothering him. Truthfully, he was like, “Why is it that people are using PCs? They’re ****ing horrible computers. This makes no sense to me.”

The full two-part series is an interesting read. In the meantime, here are a few ads the team picked out to remember. The first is a little ironic in the light of Apple’s abandonment of MagSafe in its latest machines …

Thanks to Jonathan Morris for alerting me to the piece