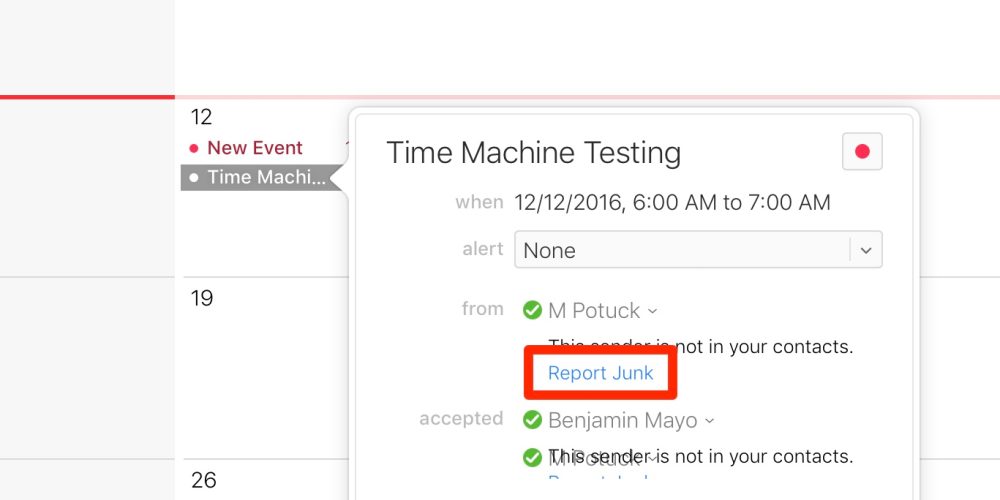 Apple is rolling out a fix for the iCloud Calendar spam issue that has plagued users over the past few weeks. On iCloud.com, the company has added a new Report Junk feature. This lets users remove spammy invites from their calendar and reports the sender to Apple for further investigation.

The feature is currently only available on Apple’s iCloud.com Calendar web app but it is likely to roll out to the iOS and Mac native Calendar in a future software update …

Here’s the context behind the changes. Since early November, some Apple users were seeing a deluge of calendar invites from unsolicited people (usually with Chinese names) that used the description field of calendar invites to ‘advertise’ junkware and various physical products.

The problem peaked around Black Friday when the spammers tried to take advantage of the shopping frenzy. The worst outcome was that confused users would follow these unscrupulous links to who-knows-where, but simply ignoring it incurred the inconvenience of seeing unwanted events in the month view, clogging up the Calendar.

Until now, there was no good way to combat the spam if you were affected as rejecting the invitations alerted the senders that the email address was active, which would then mean more spam in the future. The Report Junk option is now the recommended solution to this problem.

Although the change will no doubt come to iPhone and iPad natively soon, for the time being users must visit iCloud.com in their browser to access the feature. The Report Junk button appears for calendars invites from unknown senders; that is, invites from people not in your contacts.

Upon selecting to report, a confirmation alert appears to explain what has happened. The alert says that ‘Junk invitations are automatically deleted from your Calendar’.

Users can dismiss the dialog or select the ‘Not Junk’ button to revert the removal if they made a mistake. Apple has not yet publicly announced the new policy; it began rolling out to iCloud.com over the weekend. The company had previously apologized to customers affected by the spam.

If you have an iCloud Calendar spam problem, then go over to iCloud.com now and flag the unsolicited invites. Although Report Junk is currently only available in the web app, the invite will be deleted from all synced calendars, including those shown in the iOS apps. 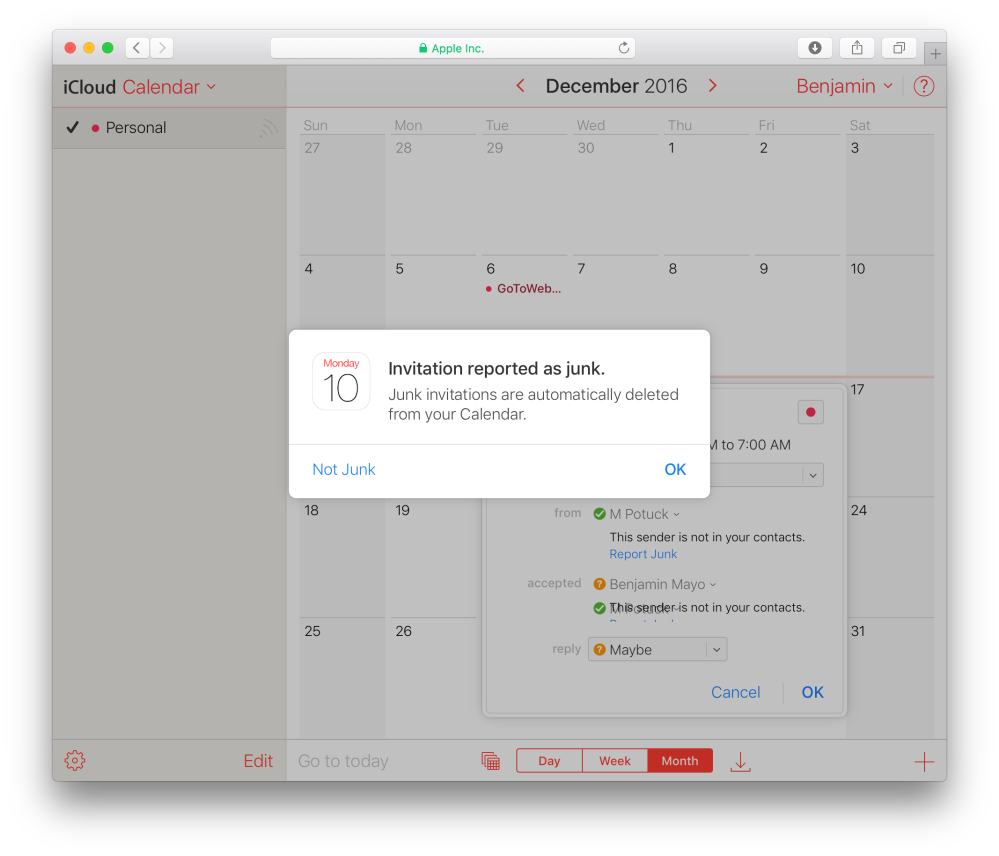 So, if you are still receiving junk advertorial iCloud Calendar invites, here’s how to fix it:

We would expect a forthcoming software update for iOS and macOS to bring the same Report Junk feature in the native interfaces, so users don’t have to open the web apps to do this. However, right now the best way to fix the Calendar spam is to visit iCloud.com.