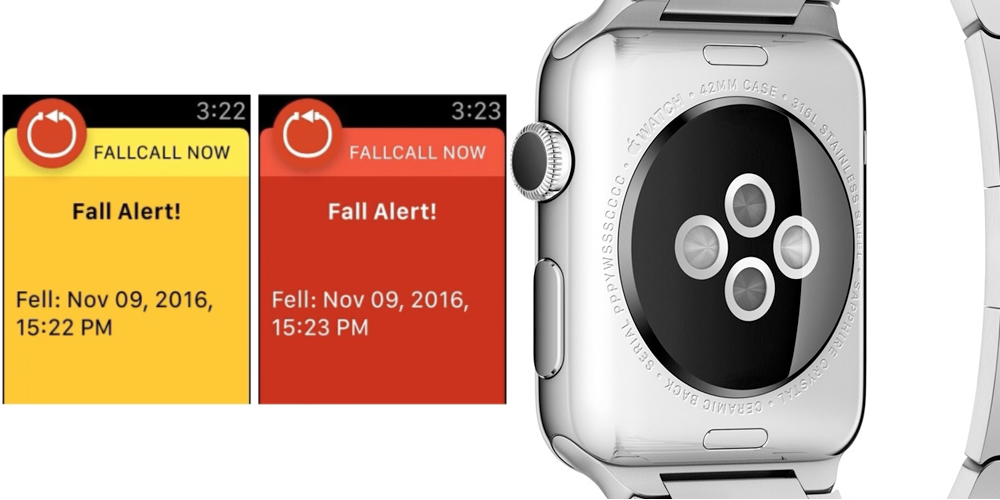 A trauma surgeon and emergency medicine doctor are crowdfunding FallCall, an Apple Watch app which automatically detects when someone has fallen and calls for the appropriate level of help.

The app was developed in response to statistics showing that one in three people aged 65+ fall each year, resulting in 27,000 deaths in the US. Many of those who fall are unable to call for help, either because they are unconscious or cannot reach a phone. The app is designed to take action automatically, based on the detected severity of the fall …

A prototype of the app successfully detected 90% of serious falls – from a standing position or higher – and 70% of less serious ones, such as slipping from a seat. The team are seeking funding to fully develop the app and create the back-end server support, and to improve on these percentages.

Falls are reported to a central monitoring facility which can then take appropriate action, from attempting to contact the person to making a 911 call. The app also has a manual help button which the wearer can press to call for help.

I am a trauma surgeon who has practiced for years at busy trauma centers. My passion and focus has been to reduce injury in the over 65 population and to create innovative ways for this group to communicate with caregivers and providers. Our company was founded in July 2015 with a mission to build simplified telemonitoring solutions for elders and their caregivers for ecosystems already widely distributed. By making app-based technology smarter and easy to use, we have begun this evolution.

The app is exclusive to the Apple Watch, as this has the necessary processing power to run the fall-detection algorithms, which are based on ones used by multi-million dollar industrial analytics machines.

The campaign at MedStartr aims to raise $180,000, with contributions starting at $20 to be listed as a patron of the technology.