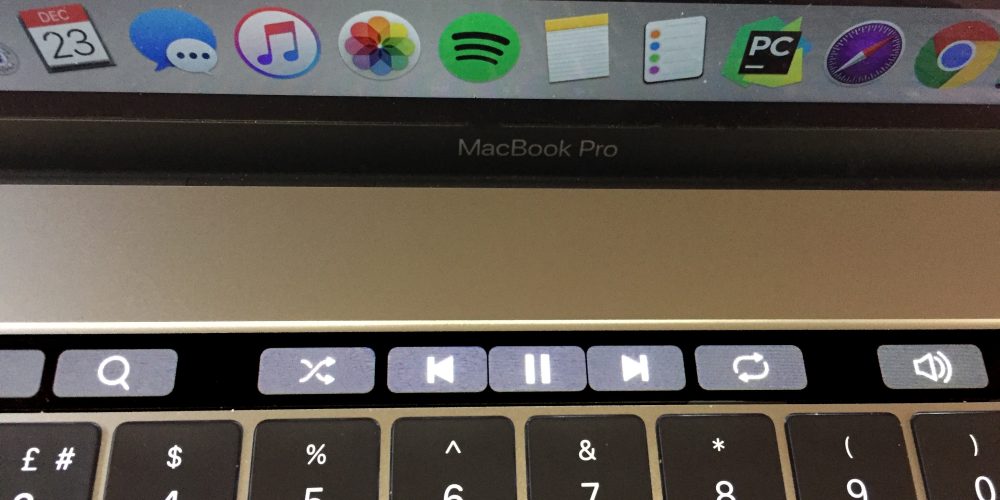 The Spotify app now shows transport, shuffle and search controls in the Touch Bar whilst the app is frontmost as well as integration with Now Playing for persistent access to playback options whilst music is playing in the background. Moreover, Spotify now supports the Apple AirPods auto-pause feature.

The Spotify update places several important controls on to the Touch Bar. There is a back-forward button to navigate between screens of the app, a search button to focus the search text field to start typing and an array of playback buttons; play, pause, shuffle, and repeat. There is also a volume slider for the Spotify app, so system and music volume can be adjusted independently from the Touch Bar.

The company has also integrated Spotify into the Touch Bar’s Now Playing view. When a Spotify playlist is running, the Control Strip will show a persistent ‘now playing’ icon. Simply tap on that to reveal a scrubber for the current song as well as play, pause and skip buttons. 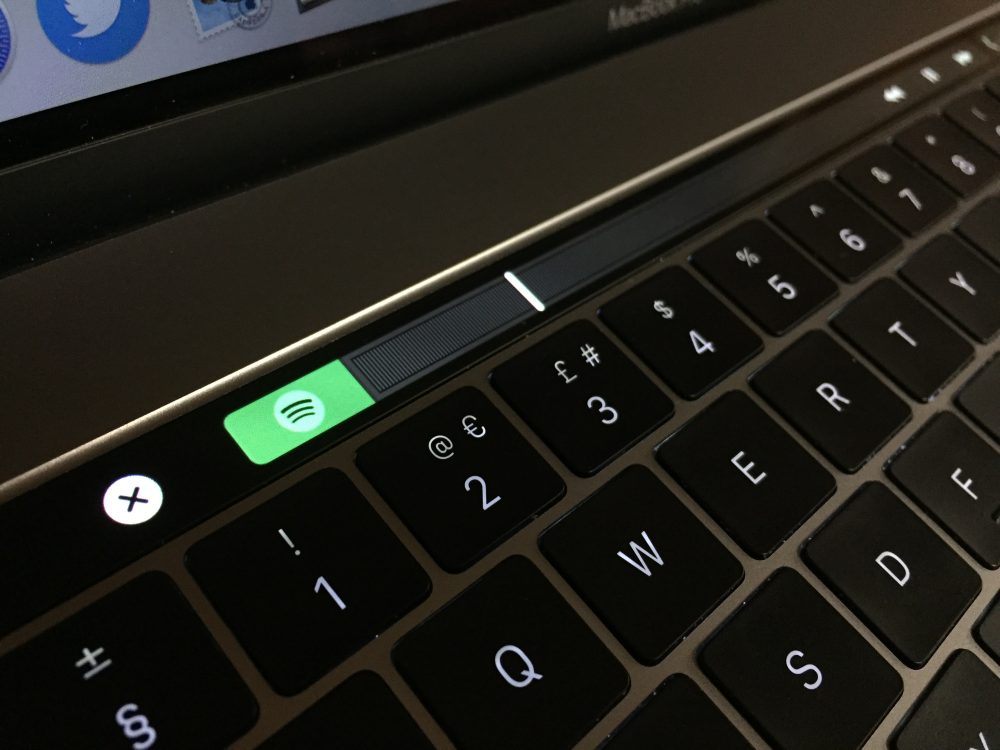 Another improvement in the new update, as a consequence of Now Playing integration, is that Spotify music will now respond to the Apple AirPods auto-pause gesture. Just like iTunes on the Mac, users can simply take an earbud out of their ear and Spotify’s currently playing track will pause. Place the earbud back in and the music auto-resumes.

This latest version of the app means Spotify users have the same experience as Apple Music members on the Mac with Touch Bar features and auto-pause for Apple’s truly-wireless earbuds, AirPods (which continue to be out of stock, by the way) .

Get the Spotify app for free from the company’s website. The music streaming service has a free tier which is ad-supported as well as a $9.99 per month paid plan akin to Apple Music’s offering.