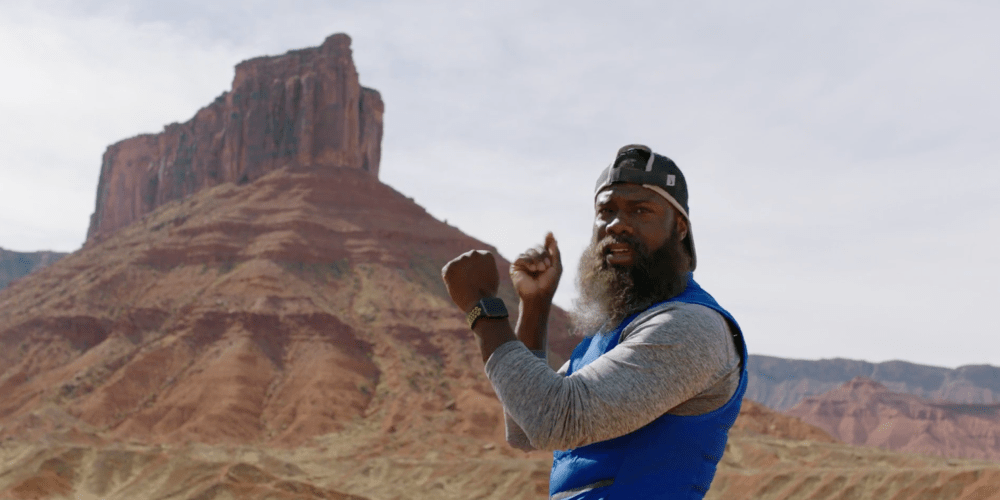 Apple’s longstanding relationship with Nike has grown stronger in recent months thanks to the new Apple Watch Nike+ model. With exclusive watch faces, fitness features, and am exclusive (but replicable) band, Nike has put a renewed focus on fitness and its Run Club app. Now, the fashion + fitness company has released a new ad series for the Apple Watch Nike+ featuring comedian and actor Kevin Hart on a 700 mile run through the desert…

Shared on Nike’s YouTube channel, as opposed to Apple’s, the ads follow Hart along on a 700 mile run through the wilderness. The ad series begins with Hart unboxing the Apple Watch Nike+ back in October, with him concluding that “running just became a lot easier.”

From there, the ad suggests that Hart disappeared without notice and months later a camera crew discovered him on a 700+ mile run. Using the Apple Watch and Nike Run Club app to track his fitness progress, Hart runs through the wilderness, each day being encouraged by the device to continue his journey.

There are seven videos in total that are a part of the series. The first is longer at 1 minute 35 seconds, but the rest come in at 38 seconds and focus on various days of Hart’s 700 mile running expedition with Apple Watch.

Track all of your runs, no matter how crazy those runs may be. With the audio prompts feature, the Apple Watch Nike+ lets you know exactly where you are, even if you have no clue.

In addition to the Apple Watch features, a main focus of the ads is Nike’s “Are we running today?” branding, which it has relied on heavily with its exclusive Apple Watch model. Nike also, of course, uses the ads a chance to showcase its clothing products as well, with Hart dressed head-to-toe in the company’s latest and greatest gear.

The ads are a solid mix of humor and motivation, with Hart’s comedic skills definitely being put to use. You can view the seven new Apple Watch Nike+ ads below. Let us know what you think of the series below and check out our hands-on with the Nike+ Apple Watch here. Zac relied heavily on the Nike Run Club app for his Apple Watch journey through 2016, which can be t.