PDF-handling problems in Sierra that broke ScanSnap are back in 10.12.2, many apps affected 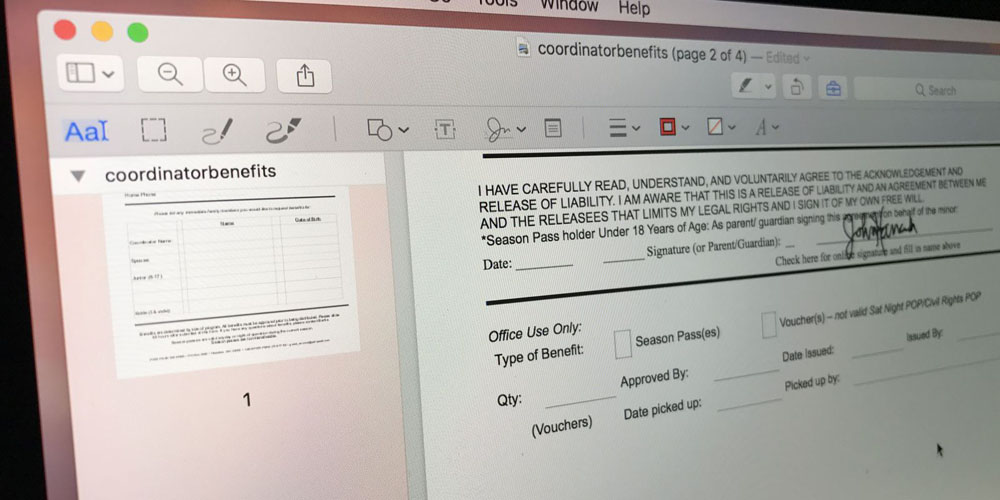 Back in September, a major bug with PDF-handling that led to Fujitsu temporarily warning ScanSnap owners to cease using their scanners with Sierra. The problem was later identified as a bug in the PDFKit framework in macOS 10.12.

Take Control of Preview co-author Adam Engst (via Daring Fireball), says that although Apple applied fixes in 10.12.1, it has reintroduced bugs in 10.12.2 – to the extent that he now advises against using Preview for PDF editing at all for now …

It pains me to say this, speaking as the co-author of Take Control of Preview, but I have to recommend that Sierra users avoid using Preview to edit PDF documents until Apple fixes these bugs. If editing a PDF in Preview in unavoidable, be sure to work only on a copy of the file and retain the original in case editing introduces corruption of any sort. Smile’s PDFpen is the obvious alternative for PDF manipulation of all sorts (and for documentation, we have Take Control of PDFpen 8 too), although Adobe’s Acrobat DC is also an option, albeit an expensive one.

The problem, claims developer Christian Grunenberg, is that Apple rushed things in its desire to more closely integrate iOS and macOS.

Apple wants to use a common foundation for both iOS and macOS. However, it was released way too early, and for the first time (at least in my experience) Apple deprecated several features without caring about compatibility. And to make things worse, lots of former features are now broken or not implemented at all, meaning that we had to add lots of workarounds or implement stuff on our own. And there’s still work left to be done.

In particular, 10.12.2 appears to kill the optical character recognition layer in PDFs – so if you are scanning PDFs with OCR to make them searchable, editing a document deletes the text.

Posts on the Apple Developer Forums are also complaining of other bugs in PDF handling.