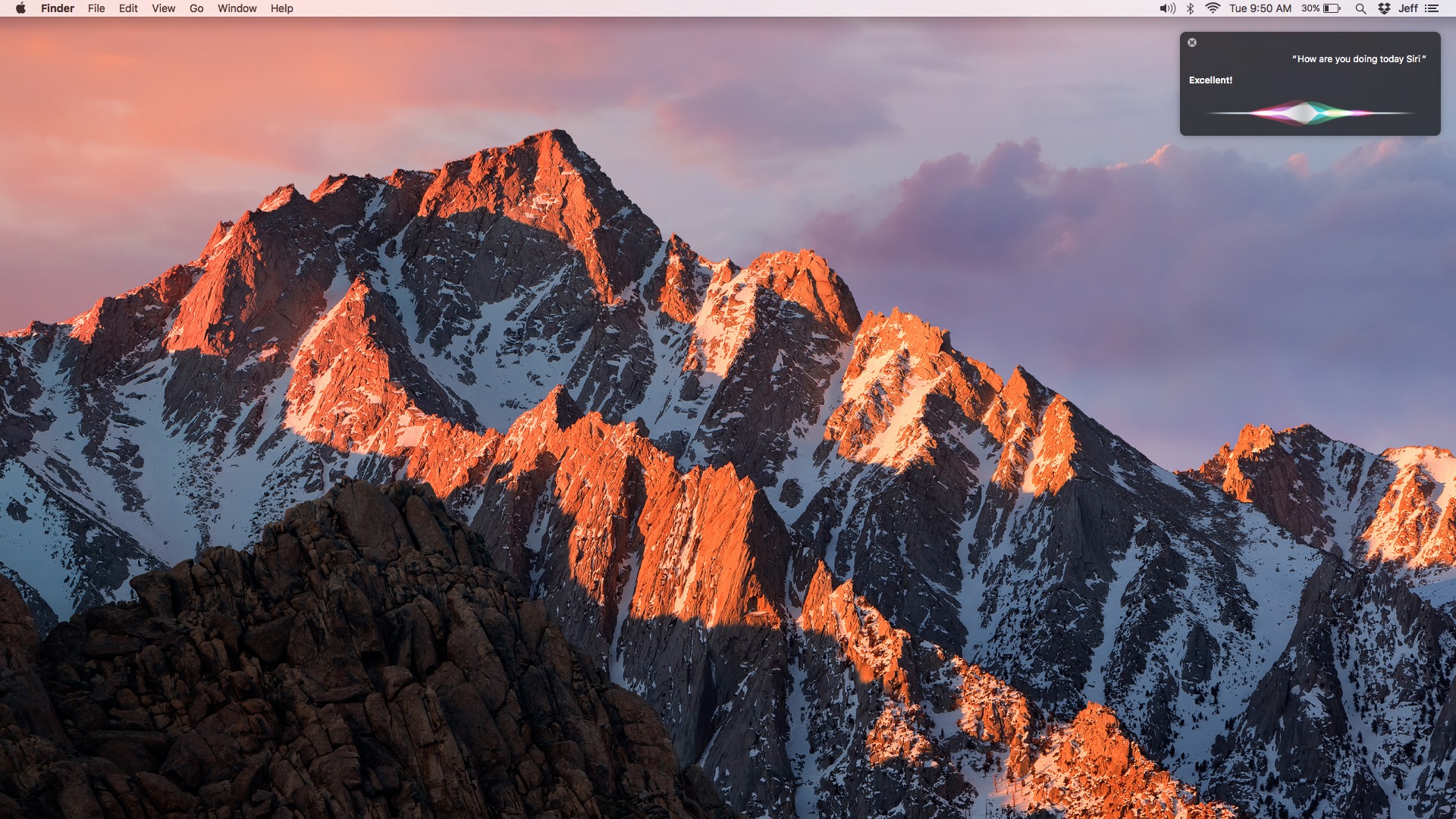 macOS Sierra (version 10.12) is the name of Apple’s desktop operating system, and was revealed at its annual Worldwide Developers Conference on June 13, 2016.

After using the “OS X” moniker for the twelve previous versions of the OS, Apple, as long expected, adopted the familiar naming convention that’s present for all of its other platforms, such as iOS and watchOS.

Users can expect additional new features as well, as has been outlined in our post covering many of the new additions to macOS.

macOS Sierra is currently available as a developer beta, with a public beta expected soon, and a public release scheduled for this fall. Once released, the update will be available free of charge from the Mac App Store, just like past versions of OS X.

Longtime macOS users will know that even though the Mac has a built-in recovery partition, it’s always useful to have a dedicated USB drive with a macOS installer. I am a big fan of using a tool like DiskMaker X to create them to keep around if I need to wipe a drive and reinstall macOS quickly. If you have a drive created for Mojave, Sierra, and High Sierra, know that a certificate has expired. If you are getting an error similar to “This copy of the Install macOS Mojave.app application is damaged, and can’t be used to install macOS”, read on to learn how to fix it.

Apple has released the fourth developer beta version of the upcoming macOS 10.12.6 software update. Developers testing the pre-release software can find the update through the Mac App Store.

Apple is now rolling out the official macOS 10.12.4 release through the Mac App Store. The latest version of macOS Sierra is the first to bring Night Shift to the Mac.

END_OF_DOCUMENT_TOKEN_TO_BE_REPLACED

Apple is rolling out the sixth macOS 10.12.4 beta for developer testing. The upcoming version of macOS Sierra is the first to bring Night Shift to the Mac.

END_OF_DOCUMENT_TOKEN_TO_BE_REPLACED

Apple is rolling out the fifth macOS 10.12.4 beta for developer testing. The upcoming version of macOS Sierra is the first to bring Night Shift to the Mac. Build 16E183b is currently available on Apple’s developer portal and should be available through the Mac App Store soon.