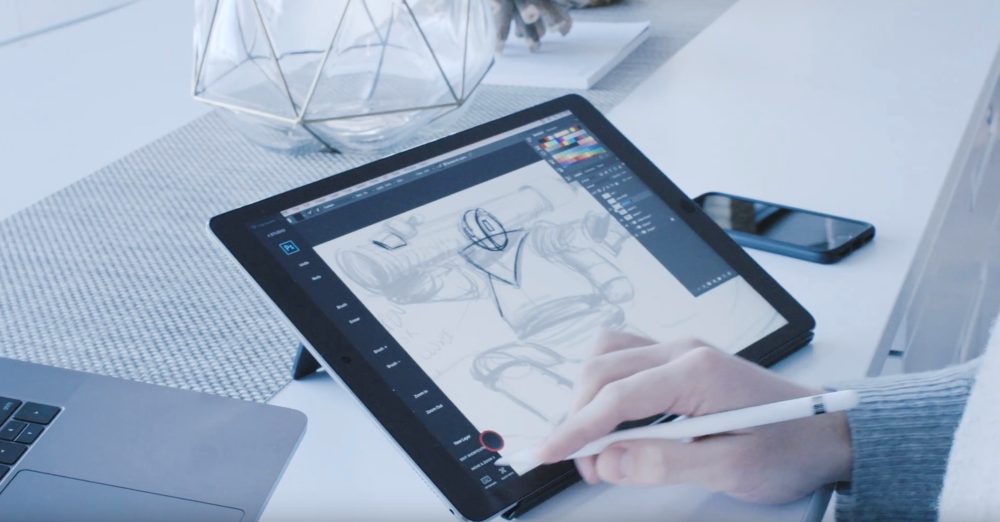 We’ve covered Astropad extensively in the past, most recently noting of a new feature that converts your iPad into a Mac drawing tablet. Now, the company is back with a new edition of its second-screen iPad app that aims to turn the iPad Pro into a full-fledged professional drawing tablet. Astropad touts that the new Studio app is the “highest performance tool for the most demanding creative work.”

Astropad Studio, which is a free application with a monthly or annual subscription, is designed exclusively for the iPad Pro. The app is intended to be used as a second-screen for drawing with an iPad Pro + Mac setup. Astropad claims that the app offers almost zero latency and full pressure sensitivity support for Apple Pencil, making it the perfect drawing companion.

In addition to Apple Pencil support, Astropad Studio also offers customizable quick actions, short cuts, touch input, and keyboard support. One of the headlining features is a new technology Astropad calls “Liquid Extreme,” which the company says offers “stunning image quality and responsiveness.” Liquid Extreme offers color corrected output and retina resolution, as well, meaning that what you see on your iPad is the same as what you see on your Mac.

Astropad Studio works by connecting to your Mac via either WiFi or USB. From there, you’ll need the free Mac companion app and the app on your iPad. You then designate a portion of your existing display as the “interaction surface” for using with your iPad Pro.

Then, your iPad Pro will function as a full-fledged second screen for sketching and other artwork.

Astropad Studio is available on the App Store now for free. For full functionality, you’ll need a subscription that runs either $7.99 per month or $64.99 annually. Check out a video demonstration of the app below: