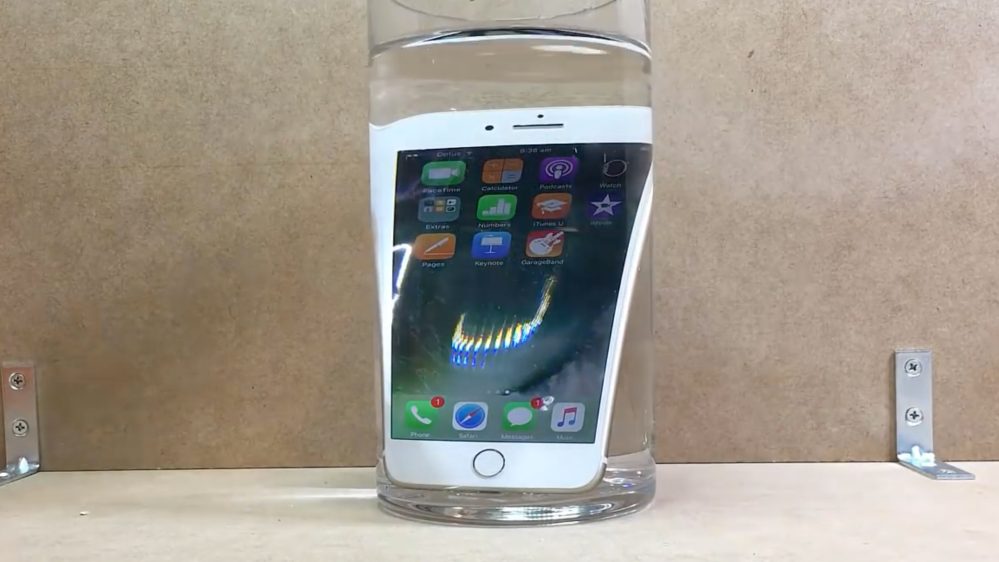 The iPhone 8 is being fabled by all sides as a major upgrade, following three years of the same chassis design for the iPhone. One of the flagship iPhone 7 features was the addition of waterproofing.

Along with a glass chassis redesign and bezel-less screen, The Korea Herald reports that the new iPhone will also best the iPhone 7 with even higher resistance to water and dust.

The site claims that the iPhone 8 will tout an IP68 rating for water resistance and dust. This means it can withstand submersion for up to 30 minutes in about a metre deep water.

The iPhone 7 has an IP67 rating which means it is technically resistant to splashes and short periods of being underwater. IP68 is a substantial improvement but would still mean that swimming is off limits for the iPhone unlike the Apple Watch Series 2; Apple’s wearable far exceeds the IP68 standards.

In practice, the iPhone 7 has been found to exceed its waterproofing rating in most synthetic tests but an officially-rated higher standard for iPhone 8 will allow Apple to market its flagship phone more aggressively on this benchmark — rather than just shots of the iPhone near water or getting splashed at the poolside.

Whilst the ‘8’ signifies improved water resistance, the ‘6’ denotes the phone’s resistance to dust; like with the existing iPhone 7, the iPhone 8 will continue to tout the same levels of dustproofness. Apple’s closest rival in the smartphone space, Samsung, already sells the Galaxy S7 which has an IP68 rating.

Obviously, improved water resistance will be just another feature on the long list of expectations customers, analysts and investors have for this year’s iPhone. Coinciding with the iPhone’s tenth anniversary, there is much anticipation for big changes with Apple’s new flagship 2017 iPhone.

The device is expected to feature an all-new glass and stainless steel design with an OLED display that wraps around the side of the phone. The Touch ID Home Button is also rumored to be integrated into the display, drastically reducing the front bezel area. The new phones are also likely to include some form of wireless charging.

The new OLED flagship iPhone is expected to debut in the fall of this year. Apple is also readying minor ‘iPhone 7s’ updates to be sold at cheaper price points, according to recent reports.