Reports of stuck keys on 12-inch MacBooks, some fixable, others needing replacement 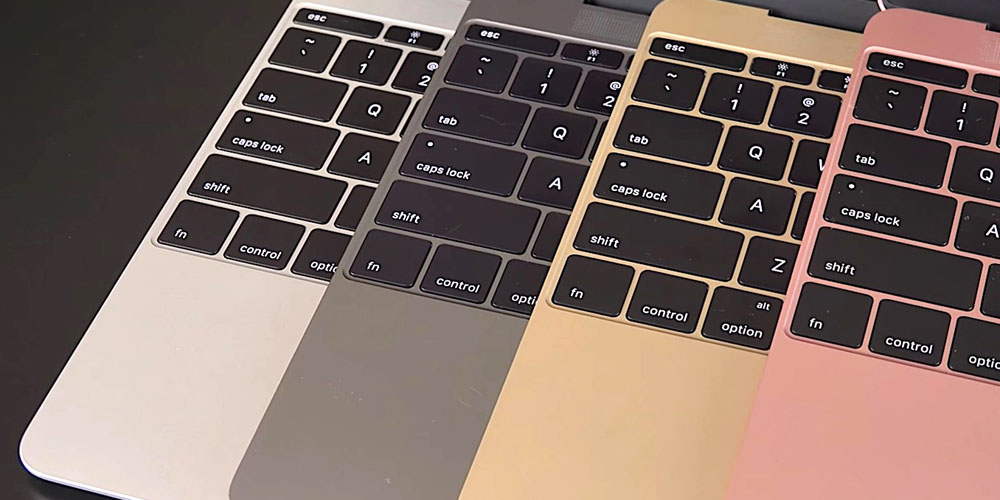 An Apple Support Communities thread has multiple reports of stuck keys on the 12-inch MacBook. Some users report that they were able to resolve the issue themselves by cleaning out debris, while others have had machines replaced by Apple under warranty …

The “i” key on the keyboard of my 12 inch Macbook is sticking.  It does not have the same “click” or tactile feedback that the other keys have.

Mine too – 3 months old and return key is stuck.

For some, the issue appears to be dirt or crumbs getting trapped in the ultra-shallow travel keyboard. Some users in the thread report success with carefully lifting stuck keys with a spudger and using compressed air to clear out dirt or crumbs.

Several others say they had to return their machines to Apple for repair or replacement under warranty – only to have the same problem on the replacement.

I am on the second repair this time because the “delete” key got stuck in one corner.

I am now on my third 12″ MacBook. Had the other two replaced because of sticking keys — one edge of the key would get stuck down and no longer press-able. First the delete key. On my next machine the right shift key. On my third machine I checked all the keys very carefully before I left the store and they all worked. Always one edge or one corner that failed. Now the left shift key failed three days ago, and today the right arrow key stuck at the bottom left corner.

I had a stuck return key after owning the computer for 2 weeks.  I brought it in.  They sent it back to apple to get fixed and they replaced the whole keyboard.  I also had problems with the wifi so they replaced the logic board too.  I picked it up this past Friday.  By Sunday, the Tab key is now sticking.

Use of needles or similar is apparently not recommended.

First it was the right return key that was sticking. I took it to the Apple store where the tech tried to brush any crumbs away. He said the battery was right under that key and so he couldn’t use any thing that might puncture the battery.