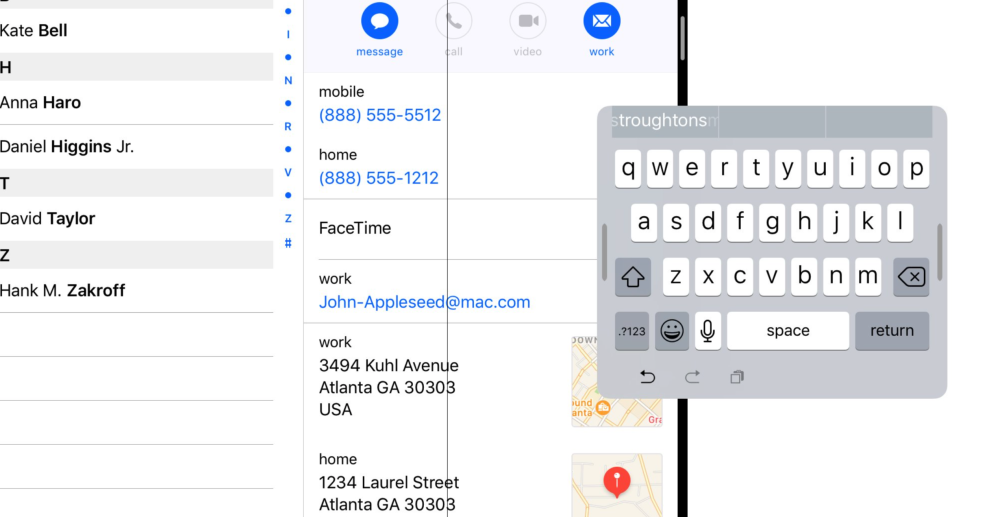 As is usually the case with iOS updates, there are a few new features that Apple doesn’t activate in the user-facing version, but developers still uncover their existence. This time, developer Steven Troughton-Smith has uncovered a new one-handed floating keyboard for iPad inside iOS 10.3…

According to Smith, the feature is supported in iPads that are 9.7-inches in size or smaller, meaning the largest 12.9-inch model is left out. Smith explains that the floating keyboard works a lot like picture-in-picture does for video. The keyboard can be moved around on-screen and is essentially the size of the keyboard you’d get on the iPhone.

At this point, it’s unclear when the one-handed keyboard will become available to users, but it took some work on Smith’s part to dig it up in Simulator.

To clarify: that one isn’t publicly accessible yet, but can see it by swizzling UIKeyboardPreferencesController’s -boolForPreferenceKey:

The feature will likely come to the front-facing user interface when Apple launches new iPads this year. It was originally expected that iOS 10.3 would be an iPad-centric update to coincide with the release of new iPad hardware. It was recently reported, however, that the new iPad hardware might be pushed into the second half of the year.

What do you think of this one-handed floating keyboard mode? Let us know down in the comments.

New in iOS 10.3, a one-handed floating iPad (9.7" or less) keyboard layout. Can be moved around onscreen like the PiP overlay 🤔 pic.twitter.com/KLKybkR820

To clarify: that one isn't publicly accessible yet, but can see it by swizzling UIKeyboardPreferencesController's -boolForPreferenceKey:

More on the new iPad keyboards—they date back to iOS 10.0, it seems, and there are two: a gestural keyboard, and the floating keyboard