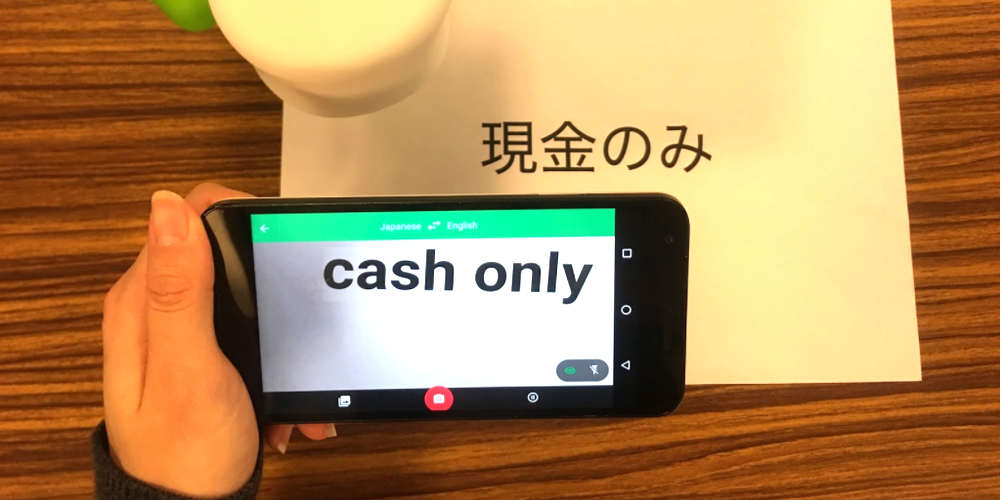 Google Translates’s augmented reality feature, Word Lens, now works with Japanese. As with other supported languages, you simply point your iPhone camera at a Japanese sign, notice, menu or similar and it will instantly overlay the English text – even without a data connection.

If you don’t speak Japanese, Tokyo can be a confusing and sometimes daunting place to visit. Even if you make it through the complex subway system, you’ll be faced by street signs, menus or products on supermarket shelves that are only in Japanese.

With Word Lens now available in Japanese, you’ll never have to worry about taking a wrong turn on a busy Shibuya street or ordering something you wouldn’t normally eat.

Google notes that the app could already translate from a photo of Japanese text, but the Word Lens feature is both faster and friendlier. Word Lens was originally a standalone app by Quest Visual until the company was acquired by Google back in 2014 and the feature incorporated into Google Translate.