As Windows laptops add LTE, is now the right time for Apple to finally do it? [Poll] 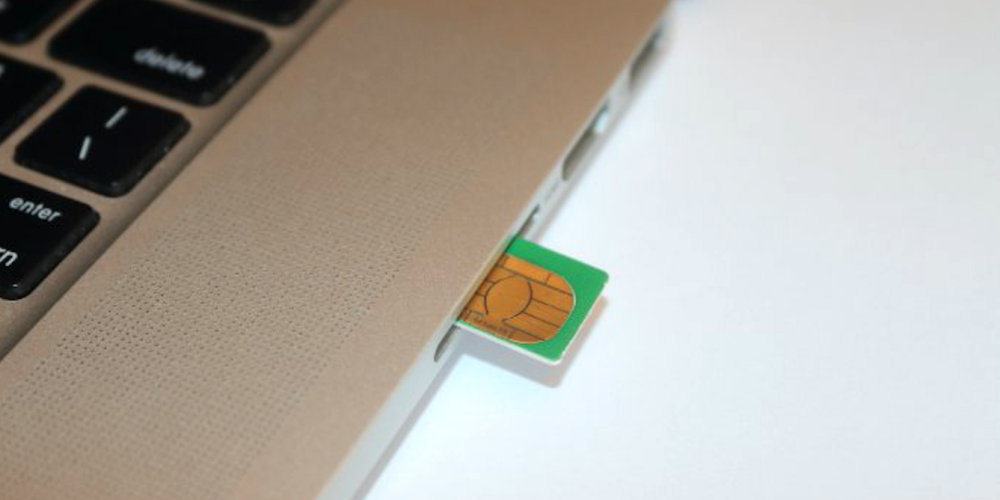 These days, the SIM could be an embedded virtual one instead …

Apple has been toying with LTE-enabled MacBooks for many years. It even created a prototype MacBook Pro with a SIM slot and cellular antenna way back in 2007.

These days, doing so would be far neater, the latest Apple patent showing how the antenna could be hidden within the hinge mechanism, and an embedded virtual SIM could eliminate the physical one illustrated above. While the company has so far argued that using an iPhone’s WiFi hotspot or carrying an iPad provide plenty of options for mobile Internet use, the threat of competition from LTE-capable Windows laptops might just provide the nudge needed to change Apple’s mind …

Back in October, Qualcomm announced that it would be supporting LTE-Advanced in a range of upcoming products – notable among them, Windows 10 laptops.

LTE connectivity is being adopted in Windows 10 devices produced by numerous original equipment manufacturers (OEMs) around the world, including Dell, HP, Lenovo and Panasonic.

Xiaomi has already launched a two-in-one tablet/laptop with built in LTE, albeit only for the Chinese market so far, and a wide range of other manufacturers are expected to do so this year. If Apple doesn’t do the same, it could end up as the only major brand to fail to provide a mobile data-ready laptop.

We asked you last Spring if you’d like an LTE-enabled MacBook Pro, and a third of you said not only that you’d want it, but that you’d be prepared to pay a premium to get it. If there were no additional cost, almost two-thirds of you wanted it.

With Windows machines now turning the idea into reality, we thought it was time to update things and find out first whether you think Apple is finally likely to do it, and second how many of you would now like the option.

Please take part in the poll and share your thoughts in the comments.