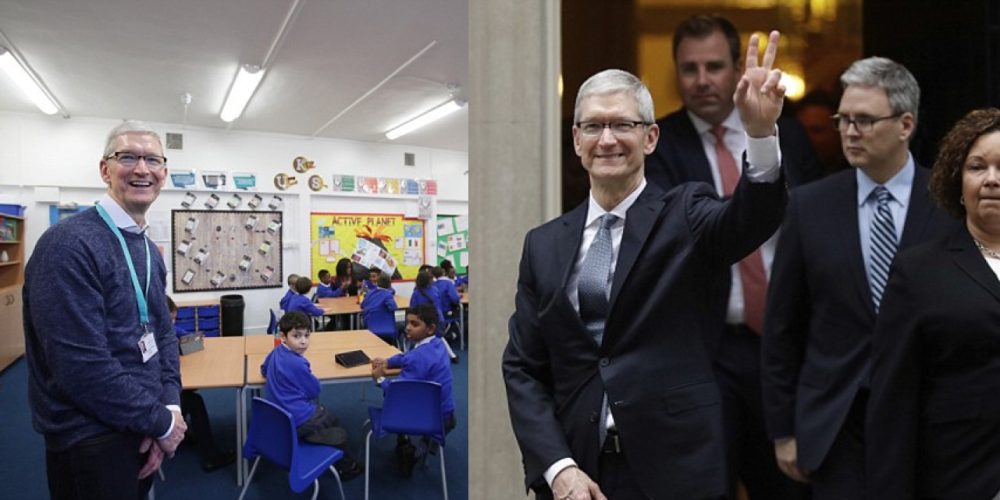 Tim Cook’s Europe tour is not over just yet. Cook met the UK Prime Minister yesterday, discussing Apple’s UK investment commitments. Cook said he believes Britain will be just fine after Brexit, when the country leaves the European Union, even if there are some ‘bumps in the road along the way’.

Cook then met the Mayor of London, as well as visiting a London school that uses iPads in the classroom and saw a digital artwork exhibition at the Tate Britain gallery. As usual, he documented his tour on Twitter …

Apple plans to expand its UK offices moving 1600 employees to a new headquarters in Battersea. Cook says that they have significant room to expand further. In a statement given to The Independent, Apple said it is proud to support more than 300,000 jobs in the United Kingdom.

In a statement released after the meeting, Apple said: “We are proud that Apple’s innovation and growth now supports nearly 300,000 jobs across the UK.”

Cook met the Mayor of London, Sadiq Khan, discussing digital education, talent acquisition in the tech sector and Apple’s commitments to the capital.

As part of an interview with UK daytime show Good Morning Britain, Tim Cook said ‘fake news’ was one of the leading problems to tackle — but it doesn’t have a straightforward solution.

EXCLUSIVE: With fake news hitting the headlines, how does Apple boss @Tim_Cook think the issue should be dealt with? pic.twitter.com/kqF9scLzYh

On Friday, Cook also visited the Apple Store Regent Street, one of the stores that has been recently revamped with the ‘next-generation’ store design. 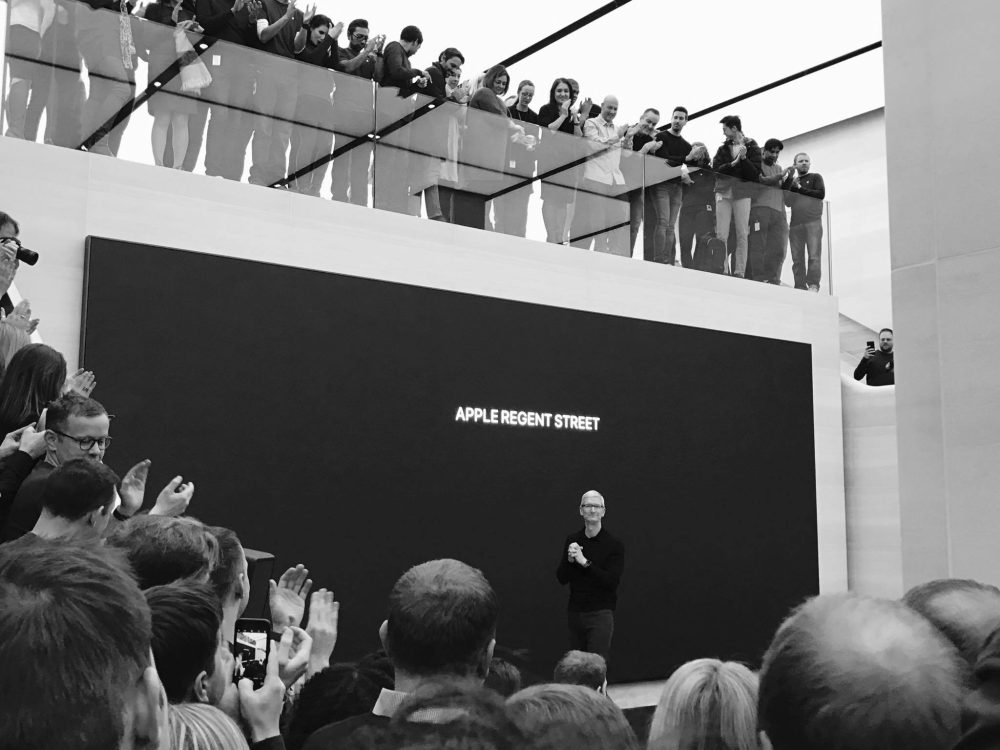 The Apple CEO also stopped by the offices of ustwo games, creators of Apple award-winning iOS game Monument Valley, to get a sneak peek of their ‘new project’. Cook viewed a digital art exhibition at the Tate Britain gallery. He also visited Woodberry Down school which uses iPads in the classroom for teaching activities, including Swift Playgrounds for coding tutorials. Cook reiterated his thoughts that coding should become a mandatory second language. 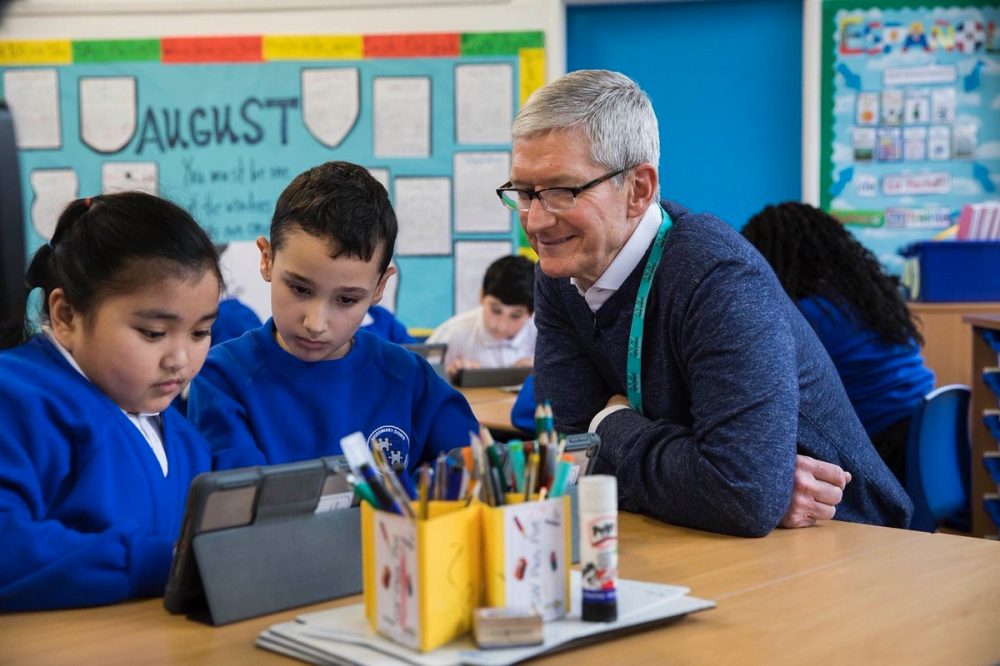 A video of Cook’s trip to the Berlin Philharmonic orchestra from earlier in the week has also surfaced online, including a brief interview with Tim Cook. His appearances in London follow on from a stop at the University of Glasgow on Wednesday. Since Sunday, Cook has been travelling across Europe meeting many different companies and institutions. He met with a German Apple supplier, an iPad Pro-centric fashion designer and visited many Apple retail stores in between.