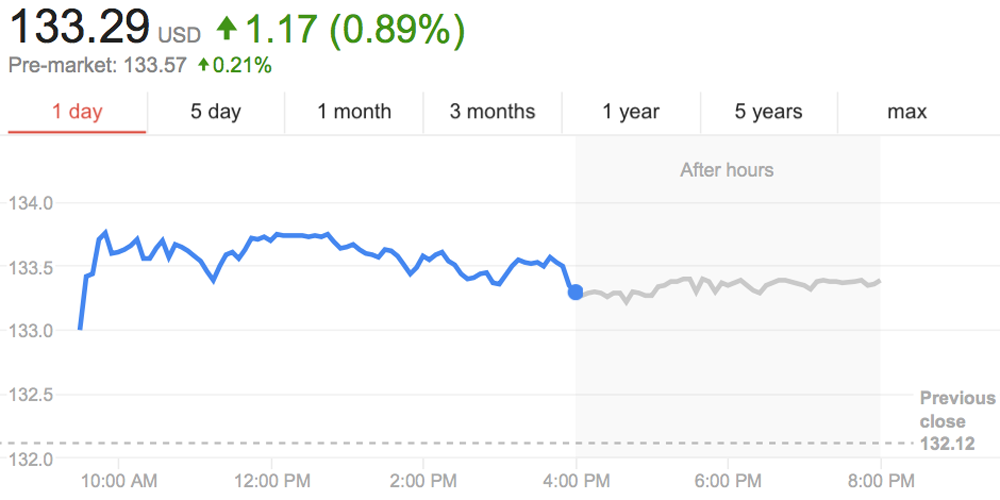 AAPL has opened at an all-time record high of $133.00 after Goldman Sachs raised its target price for the stock. Pre-market trading saw the price climb as high as $133.09 before it dipped a fraction before the market opened. At the time of writing, the stock is trading at $133.68, up 1.2%.

While the price is a record for market opening, it’s not quite the highest level the stock has ever reached …

MarketWatch reports that Goldman raised its 12-month target for AAPL stock from $133 to $150, citing high expectations from the iPhone 8.

Analysts at Goldman Sachs said they expect the company’s 10th anniversary iPhone, due in September, to have software enhancements such as 3D sensing technology that are crucial to augmented reality. They believe augmented-reality features will be a “significant step-up in innovation” compared with the prior two product cycles.

MarketWatch notes that today’s opening price adds around 20 points to the Dow Jones Industrial Average, and that AAPL has climbed almost 23% in the past three months compared to a 8.1% increase for the Dow Jones.