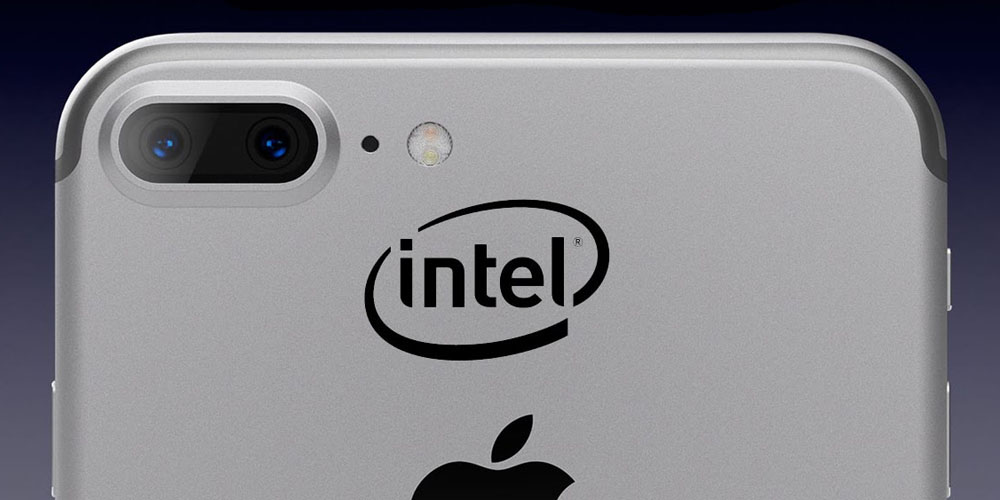 Intel today took the wraps off of its new XMM7650 modem, which offers gigabit LTE performance and is the likely front-runner for the iPhone introduces later this year. As detailed by PC Mag, Intel’s new processor is a direct competitor to the Qualcomm Snapdragon X16. Apple, of course, is currently engaged in a legal battle with Qualcomm…

The Intel XMM7560 is LTE category 16/13, meaning that it offers download speeds of 1Gbps and upload speeds of 225Mbps. Furthermore, the chip supports all of the current standards of LTE, GSM, and CDMA. Sascha Segan, writing for PC Mag:

Like the X16, the Intel 7560 is LTE Category 16/13, with download speeds of 1Gbps and upload speeds of 225Mbps. It supports up to 8×4 MIMO, up to 35 LTE bands, and all of the current evolutions of LTE, GSM, and CDMA. Intel says the new modem is “expected to sample in the first half of this year and move into production soon afterward.”

Currently, Apple uses Intel modems in the iPhone 7 models sold on AT&T and T-Mobile, but has been forced to stick with Qualcomm for the Verizon and Sprint models. This is due to the lack of support for CDMA offered by the Intel chips that were available at the time of the iPhone 7’s release.

With the new XMM7560 supporting both technologies, however, Apple could switch entirely to Intel with the iPhone models introduced later this year. Such a move would mean that Apple would be able to offer a single, global iPhone model with an Intel modem that supported all of the current network technologies.

In addition to greatly simplifying things for Apple, this move would also be a major blow to Qualcomm, with whom Apple is currently engaged in a legal war. Apple announced last month that it was suing Qualcomm for $1 billion over patent royalties. For its part, Qualcomm explained that it hopes the business relationship will go unaffected.

Intel’s new 7560 modem is set to sample in the first half of this year and enter production soon afterwards. While it would be cutting it close in terms of timing, it seems like a strong possibility that the iPhone 7s and iPhone 8 will feature the new Intel modem.