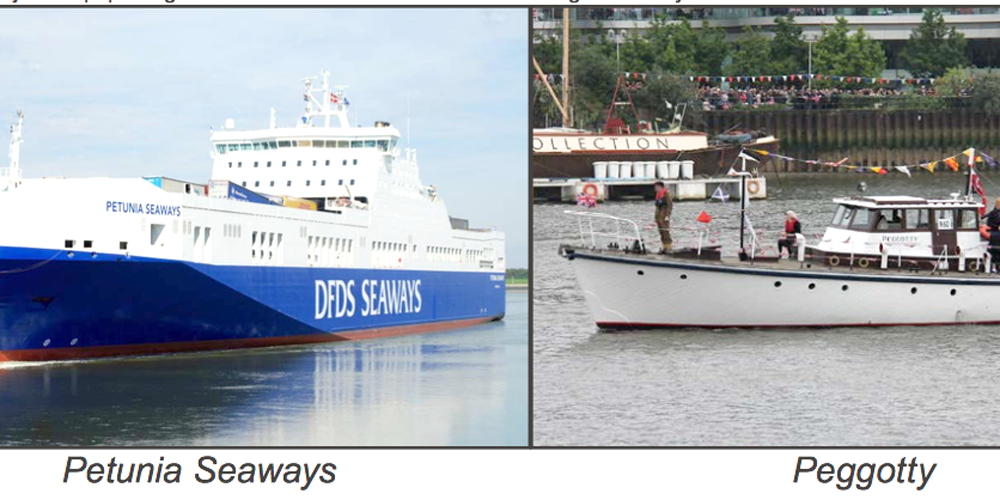 The skipper of a historic motor launch has been suspended from his duties as a waterways pilot after a collision with a ferry. The boat he was skippering sank.

The investigation found that David Carlin was relying on an iPad app for navigation in thick fog, and that the app stopped working when it lost WiFi connection shortly after the boat left its moorings.

The iPad navigation app had ceased to function shortly after Peggotty had exited the lock, and neither the skipper nor the buyer’s representative were monitoring the launch’s position or other traffic effectively […]

The apparent functionality of the iPad navigation app gave both men false confidence in their ability to navigate safely in the dense fog. However, neither man had used the system before and no back-up arrangements […] were considered. Therefore, when the iPad lost a reliable Wi-Fi signal and the iPad app stopped working, Peggotty was immersed in the fog with no buoyage visible and the skipper lost his situational awareness entirely.

The Peggotty strayed into a shipping lane where it was struck by a large ferry leaving the port en-route for Sweden. The motor launch sank, though the skipper and a passenger were rescued. The ferry was unaware of the collision until informed afterwards by radio.