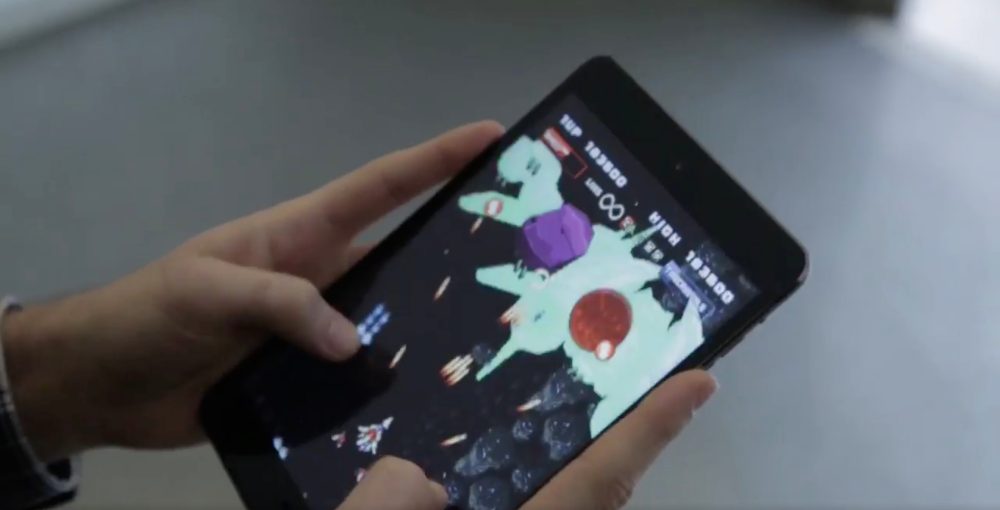 Every so often we see an impressive work of development or art emerge that was made entirely with an iPad. This time, game studio 8BitMagicGames has released the first trailer for their upcoming game called Starsceptre. The game was developed entirely using Codea, a development suite that allows developers to code on their iPad…

The trailer for Starsceptre can be seen embedded below. The game appears to be a retro designed galaxy game, allowing users to navigate through levels by shooting at obstacles. The app supports the iPad and iPhone’s accelerometer, making it easy to move around. Additionally, the developer of the app, Richard Morgan, says that it’s a 6 level game and there’s much more to see than what the trailer shows, including infinite lives.

As for the development process, Morgan explains that all of the coding was done on the iPad, while the animation was done in Photoshop on the Mac. Morgan says that he would design on the Mac, then email the files to himself to easily access them from the iPad.

For those unfamiliar, Codea is a platform that allows developers to create games, simulations, and a variety of other things directly on their iPad by making use of features such as touch and the accelerometer. Codea is built on the Lua programming language.

Codea for iPad lets you create games and simulations — or just about any visual idea you have. Turn your thoughts into interactive creations that make use of iPad features like Multi-Touch and the accelerometer.

We think Codea is the most beautiful code editor you’ll use, and it’s easy. Codea is designed to let you touch your code. Want to change a number? Just tap and drag it. How about a color, or an image? Tapping will bring up visual editors that let you choose exactly what you want.

At this point, it’s unclear when Starsceptre will be available to the public, but it comes at a time when Apple is putting an increased focus on the iPad and iPad Pro as a PC replacement. What do you think of Starsceptre and the fact that it was developed almost entirely on an iPad? Watch the trailer below and let us know in the comments.

Here's a game that was developed and written on an iPad—you know, that 'consumption device' 😉 https://t.co/EpBf6gu2Lh