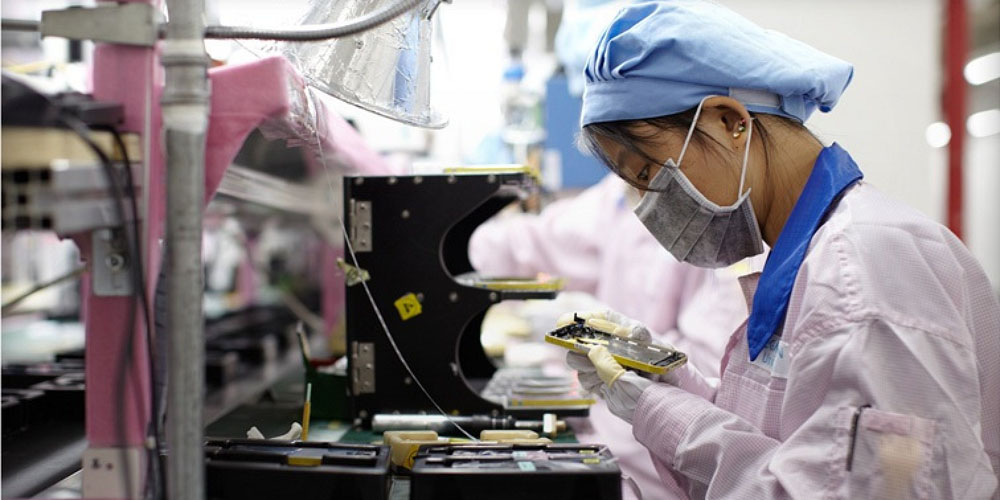 Apple has recently been facing increased pressure to move some of its manufacturing to the United States, with reports claiming that the company was investigating cost and other factors. Now, the CEO of Pegatron, one of Apple’s manufacturing partners, has addressed the topic of U.S. manufacturing in a new interview…

As noted by Focus Taiwan, Pegatron CEO Liao Syh-jang was asked about the company’s plans for United States production at a recent investor conference. Specifically, Liao was asked about the effects that potential reform set forth by President Trump could have on Pegatron.

Liao explained that Pegatron is willing to manufacture in the United States, but with one condition: the client would have to absorb the added costs. In the case of manufacturing the iPhone in America, this means that Apple, somewhat unsurprisingly, would be stuck with footing the bill:

“As long as there is demand, whether the clients are American or Chinese, Pegatron already has its production lines in place,” Liao said. “If Trump institutes his Made in America proposal, it will be fine for Pegatron as long the client is willing to absorb the costs.”

It was reported last November that Apple had asked Foxconn and Pegatron to investigate the possibility of United States manufacturing.  It was believed at the time that Pegatron had refused Apple’s request because of the cost concerns, but it now appears that the company has become slightly more open to the idea as long as it’s not the one bearing the burden of the cost.

Furthermore, it was reported earlier this year that Apple and Foxconn were “mulling” a $7 billion investment in U.S. manufacturing with a “highly automated” display facility. Nothing has been announced regarding this rumored initiative, though.

Tim Cook has commented on the idea of Apple manufacturing in the past, explaining that China put a bigger focus on manufacturing than the United States and thus the U.S. simply doesn’t have the labor necessary:

Cook also, however, attended a meeting of tech power figures at Trump Tower last year where it was believed that U.S. manufacturing was a central point of conversation.